They often say that the truth hurts.  And when they say your team has been struggling to find a ground game and can’t rush the quarterback – there’s no denying the sting of reality.

Whether they make you happy or mad, the guys at ColdHardFootballFacts.com are always willing to let you know how good or how bad your team is – not based on opinion, but based on statistical analysis (a/k/a the cold hard facts).

With a sabermetrics-like approach to covering every aspect of football, they again came up with a bottom line that left me shaking my head.  Let's take a look at their latest breakdown as they applied their Fillability Index to the teams of the AFC South.

Truth be told, I’m a big fan of CHFF.com and their unique slant on the NFL.  They have several different indexes that they use to determine the strengths (and weaknesses) of any given team within the NFL.  For example, their Offensive Hogs Index attempts to determine the strength of the offensive line while their Bendability Index seeks to find which defenses best demonstrated the ability to "bend and not break".

This week they took stock of which teams in the AFC South made the best offseason acquisitions based on last season’s greatest weaknesses.  The better the team filled its needs, the higher they graded out on the CHFF Fillability Index.

According to the stat gurus, Jacksonville scored the highest marks in the AFC South.    They received a respectable A- for drafting DE Derrick Harvey and DE Quentin Groves with their first two picks.  CHFF said that the pass rush, although serviceable, was one of the only real soft spots for the Jags.  I’m not sure that the two rookies can replace DT Marcus Stroud (BUF) and DE Bobby McCray (NO), but we’ll have two real good looks at them this year.

The Tennessee Titans garnered a solid B+ with their moves on the offensive side of the ball.  The Titans were offensively inferior to the stellar play of their defense.  CHFF handed out the B+ based on the acquisition of free agent TE Alge Crumpler and rookie RB Chris Johnson.   While Crumpler and Johnson are decent additions to the former Oilers, they still have an inept quarterback.   That being the case, I don’t agree that they addressed their greatest area of need.  They get an F- from me.  (Sorry, that’s my Titan hate bleeding through).

Citing the Colts mediocre Defensive Hogs Index, CHFF thought that the defensive front seven is where the team should have focused its efforts.  Apparently third round pick OLB Phillip Wheeler and fifth round pick OLB Marcus Howard were decent enough picks to warrant a B-.  If that’s what you get by filling your needs with a couple of mid-round picks, then the Texans should have fared just as well – right?

Well, about those Texans… let’s just say that they weren’t the head of the class.  By CHFF’s estimation, the Texans Fillability Index graded out to a D.  Yep, that's roughly a 65.  Here’s their reasoning.  According to their Defensive Hogs Index, which measures the overall productivity of the front seven, the Texans ranked next to last.  Even with some of the best young talent in DE Mario Williams, DT Amobi Okoye and MLB DeMeco Ryans, the Texans failed to establish a consistent pass rush.  No real argument there.

While they were looking under the sinks, they pointed out the Texans abhorrent Defensive Passer Rating that also ranked near last (30th).  (Shaking your head yet?)  As abysmal as that was, it isn’t groundbreaking news. 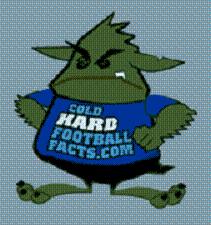 CHFF justified the D grade because, although the Texans did address these areas of need through free agency and the draft, they didn’t provide any significant upgrades.  According to them, a couple of journeymen and some mid-rounders aren’t enough to get us over the hump.  A couple of games into the preseason, and you can kind of see what they are getting at.  But a D?

So the question remains, can free agent acquisitions like LB/DE Rosevelt Colvin and OLB Chaun Thompson give the Texans other options to pressure the quarterback?  Can CB Jacques Reeves and rookie CB Antwaun Molden help shore up the secondary?

In any case, it’s all just speculation.  Last year the Texans earned a C- because they mortgaged their future on an unproven quarterback and another defensive lineman.  Aside from having a nonexistent running game and several no name receivers they still managed to shoot up the offensive charts by slinging the ball all over the place.  Here’s hoping this year the Texans can again prove the index wrong.

I know the Fillability Index didn’t take into account the hiring of assistant coach Ray Rhodes or the maturing of DT Amobi Okoye, but either way, it was too low.  If I was grading out the acquisitions, I probably would have put us at a B-.  From my perspective, we filled every glaring need.  Whether those pieces will gel in time for the opening game remains to be seen.

So using CHFF’s rationale for assessing the offseason acquisitions, what grade would you give the Texans?    Looking forward to reading your answers in the section below.  Cheers to the new season.