Early in Friday night's intrastate rivalry game, special teamer WR Harry Williams suffered a serious neck injury.  Williams collided with a teammate's knee during the Cowboy's first kickoff return. The result of the collision was a fractured C3 vertebra that left Williams momentarily paralyzed.  Now coaches, teammates, and fans are praying for Williams as he begins his road to recovery.

It was a missed tackle during a kickoff that sent Williams careening into the path of S Nick Ferguson.  Both were trying to bring down the elusive WR Isaiah Stanback as he returned the ball 44 yards to midfield.  As Williams lost hold of Stanback, his helmet ran headlong into Ferguson's knee.

The medical staff at Texas Stadium were quick to spring into action following the unfortunate play. Taking every precaution, Williams was immobilized and carted off the field. It was a deflating moment for players and fans alike.

"Well, it's difficult on your football team," said Kubiak. "I could feel our emotion of our football team. They love that kid. He's been earning his way on this team as a special teams player, and we had a fast start as a football team. We had a nice return. Kris (Brown) makes a nice field goal, and then all of a sudden you're sitting and one of your buddies is down, so that's hard to overcome." 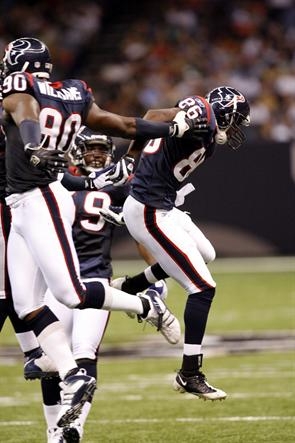 According to the Texans team physician, Dr. Walter Lowe, Williams is set to undergo a surgery to fuse the adjacent vertebrae in an effort to stabilize his spine.  Speaking in the post game press conference, Dr. Lowe addressed the details of Williams' injury:

"During his transportation to the hospital, (Williams) began to regain feeling in his arms and legs. At the current time, he has regained almost normal neurologic function. The evaluation at the hospital revealed a fracture of the C3 vertebra and a significant ligamentous injury to the neck. This injury will require surgical stabilization this weekend."

Although it is far too soon to tell if Harry Williams will ever play professional football again, the prognosis for special teams standout is very optimistic. "The prognosis is very good for Harry to return to normal neurologic function on that, but it will require fusion of the spine before he can move forward from this," said Dr. Lowe.

Renowned for his work ethic, Williams is a player that is well liked and respected by his teammates. DE ND Kalu  spoke about the team's mindset following the injury:

"I think when we recovered is when we started hearing rumors that he was moving and that he was OK, because as much as we wanted to win this game, everybody loves Harry, loves his work ethic, (he's) just a good person."

"Harry is the hardest working guy on the team. He was playing great on special teams. He had battled to get to this point in his career. I know he will work and be able to come back from this."

Our heartfelt thanks goes out to Harry for playing the game the way it was meant to be played - with the heart of a champion.  Our prayers go out to him and his family as we send our wishes for a speedy recovery.  Get well soon Harry.


UPDATE: Sadly, it appears that doctors have told Williams that his career is over. Here's hoping he finds the success and happiness he deserves off the football field.