Share All sharing options for: Eugene Wilson: Better than Advertised

The Texans enter the 2008 season with an expectation level that's higher than any Reliant Park has ever seen.  A potent passing attack and some of the league's best young defensive talent have the Texans brimming with optimism.

Tempering the Texans' enthusiasm, however, is a lack of depth at the cornerback position.  With standout CB Dunta Robinson beginning the season on the Physically Unable to Perform list, the Texans are fielding an opening day tandem of CB Jacques Reeves and CB Fred Bennett.  Throw in the much maligned CB DeMarcus Faggins and rookie CB Antwaun Molden, and is easy to see why cornerback is such a concern.

Needing to make a move to bolster the depth at the cornerback position, the Texans front office brought in another pedigreed player with something to prove.  Enter Eugene Wilson.

A three year starting cornerback for the Fighting Illini, Wilson earned a first team All-Big Ten selection in 2001 and second team honors in 2002.  With an uncanny ability to play the pass, Wilson finished his college career with 60 passes broken up, which more than doubled the previous school record of 26. 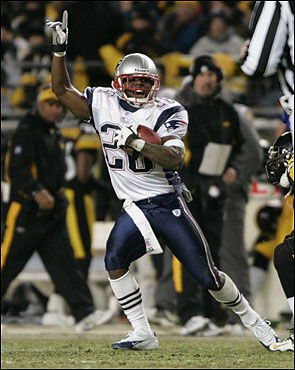 Coming out of college, there were questions surrounding his drop off in production from his junior to his senior year.  In responding to questions about his abilities to play man-to-man, Wilson spoke frankly:

"Well, I think that last year (2001) speaks for itself when we did play man-to-man. I led the nation in passes broken up (30), I had six picks, I mean you can't ask for too much more of a man-to-man player than that.

This year (2002) we played all zone. We weren't put in man-to-man situations as much as I would have liked to have been, but there were times when people may have thought we were playing man-to-man and someone caught a ball or something and it wasn't my zone. So they may have gotten it from that aspect but I feel that I am real good playing man-to-man."

The New England Patriots selected Wilson with the fourth pick in the second round (36th overall). Projected to be a cornerback, Wilson was forced into the starting Free Safety role when the team abruptly parted ways with safety Lawyer Milloy.

In his first three years as a Patriot, Wilson started 45 of 47 games, however in his fourth year (2006), he was limited to only four starts because of a groin tear.

Hoping to bounce back in 2007, Wilson instead found himself sliding further and further down the depth chart.   After missing nearly a third of the season with a sprained ankle, Eugene Wilson wound up in Belichick's doghouse.

"I thought the year started off pretty good, I was playing consistant, but then I had the high ankle sprain.  I was ready to come back but I was still on the inactive list for a couple games.  I'm not sure the reason why.

Then when I was active again, it just seemed I was down further and further.  I don't have an explanation.  Maybe free agency had something to do with it."

Signed by Tampa Bay early in the offseason, Wilson went through the entire training camp and preseason with the Buccaneers.  According to Chris Harry a staff writer for the Orlando Sentinel, the transition to Monte Kiffin's famed "Tampa 2" defense wasn't an easy one for Wilson.

Harry quoted Kiffin as saying, "He played a lot, and I mean a lot, but he still needs to play more.  It's not an easy system to just walk into.  There's a lot of calls and lots of adjustments.  He's certainly further along than any rookie, but it's still a learning process" adding, "He's got good football instincts, though.  That's why he's been in the league as long as he has."

Wilson had initially made the Buccaneers 53 man roster, but was let go to make room for tackle James Lee.  The Bucs desperately needed to sign Lee because of depth issues on their offensive line.

So only a season removed from being a starter for the dynastic Patriots, Wilson found himself without a job.  Enter the Houston Texans. 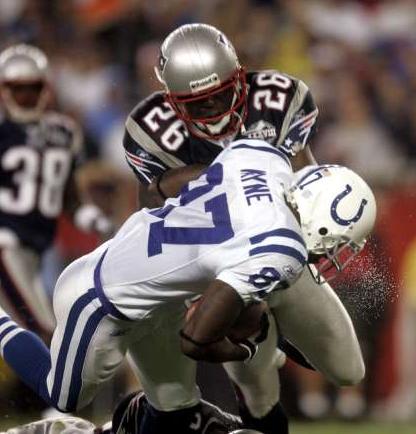 With depth issues of their own, the Texans jumped at the opportunity to add an experienced defensive back with the versatility to play several positions.  Said Kubiak:

"We've been looking for a guy that's played some nickel to add as a fifth DB.  Rick (Smith) had his eye on him, I coached against him. Very smart player.  So, we just felt we needed to add that depth right now and the fact that he played nickel helped."

Now Wilson steps into a defensive backfield that is in sore need of big game experience.  Having been a part of three Super Bowl rosters and earning two Super Bowl rings as a starter, Eugene Wilson easily boasts the most impressive resume of the Texans secondary.

And having just turned 28, his best football may be ahead of him.

Returning to the position that made him a second round pick, Wilson finds himself in a position to prove he's got what it takes to be an NFL cornerback. With Jacques Reeves and Petey Faggins doing their best to silence the doubters, and youngsters Bennett and Molden still rounding into shape, Wilson has an opportunity to immediately step and be a difference maker in the backfield.

Here's hoping Wilson follows in the path of FS Will Demps and WR Andre Davis and becomes a player whose impact can be easily measured at season's end.