Chris Brown: Goal-Line Specialist, And Other Cardinal Sins And Follies

Share All sharing options for: Chris Brown: Goal-Line Specialist, And Other Cardinal Sins And Follies 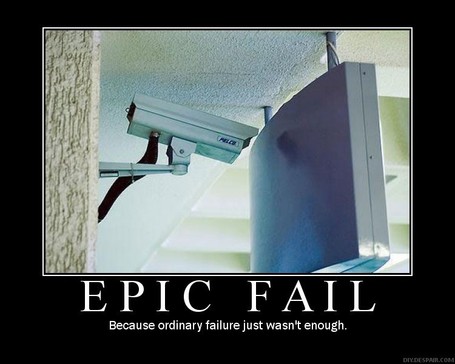 Good morning, Texans fans!  Or have we devolved into the football equivalent of Chicago Cubs fans?  You know, the Cubs, those lovable losers whom, despite their talent and expectations, still manage to fail consistently and spectacularly?

Powered by "That Handsome Devil," and stealing blatantly from Will Carroll....

I'm going to post about some of the themes I've seen since yesterday that I agree with:

#1 and #2: The play-calling sucked.  More than just a yes.  Gary Kubiak seems to have no idea who he has on his roster and how their skill-sets best fit in the broad scheme.

Last year, Ahman Green did a decent job spelling Steve Slaton as the goal-line back.  Green isn't a great goal-line option, but he runs with a low center, so there's at least a partial fit.  Chris Brown is the antithesis of a goal-line back, a high runner who does not finish well.  If we are going to use him in a goal-line set, let's at least jump him over the line or anything other than plowing straight up and straight ahead.

Because there's one more problem here.  Do we not remember Ragdoll Chris Myers and how Kris Jenkins man-handled him all game?  As MDC mentioned in an email, Gabe Watson has 50 pounds on Myers.  In fact, our entire offensive line is predicated on zone blocking, opting for less physical linemen who are quick and active.

And Kubiak really thinks we can power it in?  Does he not understand his personnel?  His roster composition?  The answer is, very obviously, no.  If Kubiak had a clue, we would have interlocking pieces.  Instead, it's a clusterfuck of personnel that really can't support what he wants to do, which isn't coordinated, anyway.

#3: Not just in this situation, but throughout the game, play-calling sucked, and this is on Kyle Sham-aham.  Enough is enough.  The problem with our rushing offense isn't our personnel, it's our play-calling.  We distinguish between our passes and runs by the way we lineup and the way our o-line blocks.  Yes, there are differences between run and pass blocking, but we never mix things up to keep defenses honest.  We telegraph every run.  That's why our run game sucks.

Things with which I disagree:

#1: The defense looked better/great in the 2nd half.  Wrong, and grossly incorrect.  The Cardinals offense folded up and quit in the second half, not unlike ours in the 2nd half against the Raiders.  The difference is that our offense has the potential and talent to come back, but the Raiders' offense doesn't.  It's really no deeper than this.  The Cardinals shot themselves in the foot with several penalties, and their move from pushing the ball downfield to a ball control offense was an incredibly poor adjustment.  Aside a couple of outstanding deflections from Frenchy Reeves, the Cards lack of offense in the second half was largely self-inflicted.  Kurt Warner still had all day to throw, and that one sack really didn't put the fear in him.

The one way we did adjust wouldn't be possible against a team with a better run game.  Brian Cushing blitzed about 75% of the time, and we started sending DeMeco Ryans in quite a bit as well.  We knowingly gave up gap responsibilities as the Cards were going to a dumping pass game.  I believe they only rushed the ball four times in the second half.  Again, this is a matter of poor play-calling.  Plus, we'd already been torched for 300 yards in the first half.

For the season, our defense is execrable.  Six sacks.  Two interceptions.  If you take out the Raiders game, we are still the worst defense in the league.  We do not pressure the QB, we do not create turnovers, and we cannot stop opposing offenses.  Our defense is a giant pile of suck.

#2: It's Matt Schaub's fault.  Well, no.  I've seen a couple of refutations of this by commenters, so I won't re-hash too much, but it's an illogical conclusion.  What DOES worry me is Schaub had nothing on his throws yesterday, and his pick was a horrible floater.  I don't know if he's going through a dead-arm phase or something similar, but this is terribly worrisome to me.  The difference between Schaub and The Sex Cannon is the difference between a Mercedes and a Ford Pinto.  One will get you all blowed up.

"The Texans are ridiculously close to being a really good NFL team."  And herein lies an extremely rare occasion where I agree with Little Dickie Justice, age 12, but with a monstrous caveat.

If there is one overwhelming theme I now see from commenters, it's that this team is a tease of the highest caliber.  We have an offense that should consistently drop 35 points a game, and we do have some talent defensively.  The problem is, we don't know what to do with it, and the blame lies directly on Gary Kubiak's shoulders, with an assist from Rick Smith.

If we still can't align our talent to fit our playbook, or vice versa, three years into Kubiak's reign, there's a problem.  Frankly, somebody has to pay for hiring Frank Bush.  Richard Smith + MORE AGGRESSIVE just doesn't seem to work.  Who knew?  And merely the fact we've come out completely flat in almost every game this year is an indictment of our preparedness.  More often than not, we seem completely unprepared and surprised at what our opponent is throwing at us.  Maybe hanging around BRB (or the rest of the Texans' blogosphere) more often would help with that since it seems obvious to the rest of us.

Gary Kubiak is a great offensive mind, but I have now lost faith in him as a head coach.  We know Uncle Bob isn't going to make a change during the season, so I figure Kubiak has 11 more games to get his shit together.  If we were making different mistakes, that would be one thing.  But we keep doing the same stupid things week-in/week-out.  It's time for this to stop.

To at least leave on a positive note:  At least we don't root for the BE-SFs.