Kneel Down To Your New Blogging Overlord

Share All sharing options for: Kneel Down To Your New Blogging Overlord 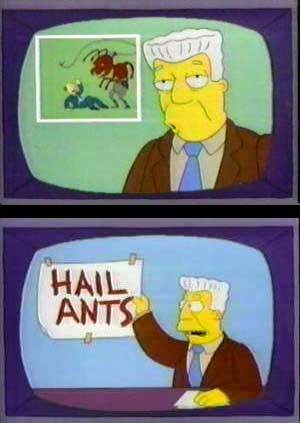 Hi, I'm bfd, and you may know me from such films as "You Can't Stick That in There," "Haircut: Starring David Carr," and atexansblog.com.

When Matt originally asked me to join DGDB&D, there were a couple of ground rules.  First, there's no such thing as enough cussing.  Secondly, the Houston Chronicle sucks, and I should always remember that.

When Tim asked me to join BRB, he also set some rules.  First, no cussing.  Second?  Put on some damn pants.  Third, for the love of *insert god of your choice here*, put on pants.  Nobody wants to see that!*

With an incredible group - Jake, Riott, DreKeem, and Mike -  already in place here, I'll contribute what I can: jokes about my lack of sex, rampant alcoholism, and my true love of...ummmm...you know...females have 'em.  Wow, not cussing literally took away 85% of my vocabulary.  So much for that English undergrad.  Oh, and I'll occasionally post about football.

In reality, I'm beyond honored that Tim asked me to join.  I've long believed that the Texans have the best blogosphere in the business, even including me.  With BRB user ID #31, I signed up for BRB less than a month after Tim.  In this time, BRB - and the rest of SBNation - has evolved into quite the force.  I'm excited to be here.

Personally, I just hope to live up to the high standards set by previous BRB blogging luminaries such as Scott.

*Rules may or may not be real.