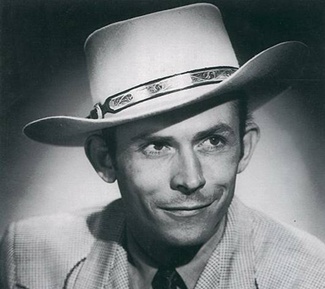 Please allow me a moment to hop off my high-horse...which must be both simultaneously frightening and refreshing.

In a not-as-shocking as it might seem interview, Bronson Arroyo admitted to taking non-MLB approved supplements.  This, of course, has brought down the "oh, we were supposed to be paying attention to this?" wrath of MLB, the most clueless bunch of idiots since the Detroit Lions came into existence.

I cheated.  I played baseball.  I knew how to throw a spitball by the time I was 12.  Do you know why balls are turned over so quickly in the majors?  It's because the slightest scuff on a ball can turn an average slider into an unhittable pitch.  Pitchers know this, and we take every little advantage possible.

Then, there's steroids.  I was honored to be able to take a class from one of the trailblazers of proselytizing about the dangers of steroids, Terry Todd, at The University of Texas at Austin (eat it, beef).  One of his first articles was titled and sub-titled:

The Steroid Predicament
In spite of evidence that anabolic steroids can undermine one's health, the use of these drugs is widespread among athletes, who will risk their physical well-being for the promise of stronger performance

When I enumerate my concerns about Brian Cushing, and I mention one of them being the rumors of Cushing's alleged steroid use, there's good reason (and bad).  Medically, we've know that steroid use is horrible for at least three decades.  Aside from bacne and the shrunken testicles (true) and 'roid rage (too true), steroids can facilitate injury for a number of physiological reasons.

Of course, Cushing's alleged use is just rumor, innuendo, and playground fodder.  We have no definitive proof Cushing is using, but it has become a consideration, thanks in part to his injury history.  There's been significant rumor-mongering about baseball players using, and an unfortunate number of those rumors have been true.  However, remember that correlation does not equal causation.  Or, ummmmm, vice versa.

Perhaps there's a bit of projection on my part.  If I thought I could use and not get busted?  I'd damn well do it.  After all, it's not cheating until you get caught, and I cheated plenty.  I hope, with all my heart, that Cushing is, and has been, clean.  I'd love for him to find other, legal ways to cheat.

'Roids bad and could lead to a propensity to injury.  I wouldn't blame him if he did 'roids, but it could have a negative effect on his health.  I like boobs.