A Defensive Adventure in 4-3 Under Minor

Share All sharing options for: A Defensive Adventure in 4-3 Under Minor

While the fan club for my previous squishy post was rather....small, it and Jake's post on Bill Kollar really helped me put some things together, so to speak.  Let's start with the conclusion:  I'm not ready to chug the new system Kool Aid, and I think our defense is still gonna suck ass...just not as much ass.  HERESY!!! 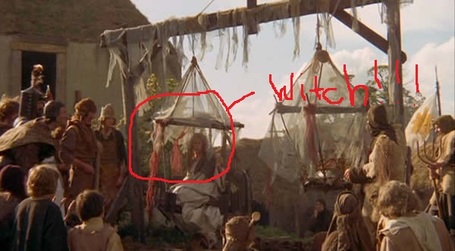 (For the record, drawing with a touchpad is hard)

For this post, I'm going to talk a little about our assumed new defense, the 4-3 under, our base personnel and base assignments (expanding just a bit on Riott's fantastic tour de force), and how it compares to last year.  I might also use stats.  Beer will be drunk.  And there was much rejoicing (yay!).

LDE: 2009 - Antonio Smith.  2008 - Whatever sacks of poop we just happened to have lying around (oh, Earl Cochran, why did thou forsake me?).  In the base scheme, the LDE is assigned to the strong side 5 gap (outside of the RT), with primary responsibility as a run-stopper.  Last year, Smith played in the Cards' chameleon-esque system of 4-3/3-4, and he was highly credited with helping strengthen the Cards D, especially on the run.  However, the raw numbers don't bear this out.  In fact, Football Outsiders ranks....*gulps*...Anthony Weaver as a better run-stopper than Smith.  I still think there'll be a substantial upgrade at LDE thanks to signing Smith, but it's not like we signed Julius Peppers.  I'm tempering my expectations for Smith's performance.  (Yes, I actually watch the effin' games, not just look at stats.  Stats are a handy, non-emotional measuring stick, though far from perfect in a game like football.  But they are what they are in this case.).

NT: 2009 - Oh dear Jeebus.  2008 - Former 1st round pick and Rhodes scholar Travis Johnson.  Look, Travis plays his little retarded ass off, but he's a horrible fit for this system...or any NFL system, for that matter.  He neither has the quickness nor size.  In the 4-3 under, the NT is expected to tie up multiple blockers, allowing (effectively) the MLB and WLB to make tackles.  The only player on the roster with the potential to remotely fill this role is Frank "Evil Genius" Okam.  According to a friend who went to practice yesterday (Saturday), Okam was working out with the first team and was getting quite a bit of feedback, though not necessarily positive reinforcement.  Neither is DelJuan Robinson the answer here, though he would be a far better choice than Trent Green's nemesis.

For the record, the girl in the LBD has awesome boobies.  (Late note: Wow, super-MILF just walked in.  I might need a moment.)

DT: 2009 - Amobi Okoye.  2008 - Amobi Okoye.  It's hard to label 2009 a make or break year for Okoye, but it's at least time for him to nut up and do something.  Unlike Johnson, Okoye has the speed to become a premier interior pass rusher while still being able to handle the run, his responsibilities in this system.  I believe that, if there is one player most likely to take a step forward under Bush, it's Okoye.  Penetrate, disrupt, penetrate.

RDE: Mario.  Maul quarterbacks.  Make Reggie Bust piss his pants.  Eat LTs.  Teams may be able to exploit Mario's outside pass rush tendencies.  He will need to play with more discipline as he is responsible for outside rushing containment, but his role his to kill QBs.

SLB: 2009 - Brian Cushing.  2008 - Zac Diles.  Looking at the raw stats, Diles was amazingly efficient at being around the ball last year as he ranked 5th for being in on team plays.  Of course, that's largely a function of being toastified by opposing offenses at every possible occasion as he could neither stop the run nor the pass.  With the power of hindsight, the first game against the BE-SFs was a horrible harbinger for the rest of his year.  Outsourcing to Riott:

The number one reason why more teams don't run a 4-3 Under is the difficulty in finding a player good enough to play the SAM. He needs to be big, strong, fast, and able to cover or rush the passer at any given time. He lines up on the outside edge of the TE at all times, and harasses him off the line, never allowing a free release, staying underneath on routes because you have your safety over the top. He also gets one-on-one matchups on the outside to pass rush. I'll take Brian Cushing versus Dallas Clark, Bo Scaife, or Marcedes Lewis any day of the week. He needs to be a great run defender as well, because he CANNOT be reached, or there is a huge running lane to the strong side.

Let's put it more bluntly:  A large measure of our defensive success is reliant upon...a rookie SLB who often played more like a defensive end and had trouble in coverage in college?

Look, this isn't to say that Cushing won't be good.  Hell, anything's going to be a massive improvement over Zac Diles.  But if there's any defensive position where it's easy to cover pure incompetence, it's SLB.  Diles, I believe, proved that last year (remember when his injury was a "big blow?").  Rookies are always a massive wild card, and Cushing is no exception.  For our defense to play at at least a moderate level, thus for the Texans to have a decent chance at the playoffs, we are putting a helluva lot of hope on Cushing's allegedly 'roided shoulders.

MLB: 2009 and 2008: DeMeco Ryans.  DeMeco's role is to be a traditional, instinctive MLB...which, you know, shouldn't be much of a stretch.  Football Outsiders has him ranked as pretty mediocre, and there may be an unfortunate amount of credence to that analysis.  Ryans' ankle has given him trouble the past couple of years, but when he's fully healthy, this should be an excellent role for him.  With the ankle problems, he has been noticeably slower.

Your weakside linebacker in the 4-3 under needs to be your fastest and best coverage linebacker as he is protected by the defensive lineman in front of him and therefore must be able to get anywhere on the field pretty darn quick. He has control of the backside A (1) gap, and will either shoot the gap on inside runs or scrape over on outside runs. If the play is to his side, he is the primary pursuit to the outside as well. On coverage situations, he generally plays short middle and helps out where he needs to be. Adibi, due to his speed and coverage skills, is a great WLB for the 4-3 Under. He will be allowed to make more plays because he will be harassed significantly less by offensive lineman.

In limited action, Adibi wasn't bad.  But after Diles' injury (broken leg), it's imperative Adibi win that battle, as Diles will lose a step or two.  More importantly, Adibi has the speed to fly around the field.  I've got a feeling about Adibi, but health is a skill, and it's one Adibi has not displayed well.

As for Morlon's collapse from not-badness?  I blame Matt.  For the record, I also blame Matt for my impotence.  Can I use that word here?

CBs: 2009 - Fred Bennett, Jacques Reeves, Dunta Robinson.  2008 - Fred Bennett, Jacques Reeves, Dunta Robinson, Petey Faggins.  We don't have a great idea about coverage schemes, but it's likely to be simple with a focus on man coverage.  Frenchy was one of the most targeted CBs in football last year, which is understandable as he was the worst CB not named Petey I saw in 2007, but he was solidly average.  Twas a nice surprise, to say the least, and if we can get that guy a swivel for his neck, dare I say he might become above-average?

Dunta will likely be in the classic CB1 spot, but I don't think he deserves it.  Yes, I should give him a mulligan for last year, but he was simply horrible.  Bennett wasn't any better, but something tells me coaching and scheme are also to blame.  Aside from Okoye, if there's somebody I expect to jump ahead thanks to the new coaching and scheme, it's Bennett.  Overall, CB coverage will be simple.

Ss: 2009 - Nick Ferguson and Eugene Wilson.  2008 - Nick Ferguson and Eugene Wilson (Smoooooooove Will, we hardly knew you).  Part 2 of my major pain points on the D.  The safeties need to be fairly interchangeable in order to adapt to offensive schemes.  As "well" as Wilson played for us last year, it's not entirely fair to have similar expectations for 2009.  In many ways, it was a career statistical outlier (see also: Rosenfels 2007), and he really wasn't all that great anyway.  As for Nick Ferguson, he was simply horrible, one of the worst safeties in the league, especially against the pass.

We do, however, have two CBs who are mighty interesting candidates to do so.  On that old, bloodied blog, I fantasized often about sliding Dunta to S, allowing him to use his range.  Yes, he is under-sized, and he most certainly wouldn't be worth $10MM/year there, but it's an interesting possibility.  The other is Glover Quin.  Yes yes, the team wants him at CB and blah blah blah.  Whatev.  Like Dunta, Glover may not have the ideal size, but I'd prefer to have a couple of ballhawks at S rather than hitters.  Maybe it's the whiplash speaking, seeing how we have had such a tendency to give up huge gains at will.

Summary: I'll go into more detail on specific assignments in the next post, but I've been working on this one for over two hours and I need more beer.  Anyway, here's how I see things:

This is little different than before the draft.  We addressed the issue at SLB, whether I like the pick or not.  But we still have major, gaping holes at DT, possibly WLB, and at one, if not both, S positions.  On the whole, we are returning eight of 11 starters last year (hopefully just seven).  It's realistically unfair to expect substantial changes to our all-around performance, especially seeing how we are returning some really not so good players.

Scheme change or not, our best case scenario is we have the 17th best defense in the league.  Best case.  Most probable is we are still a mid-20s defense, capable of bipolar performance depending on the competition.  It took the first game of last year's pre-season to see exactly how poor the D was.  We may not have such insight this year (I hope, above all, we disguise our schemes until Week 1), but we will have a good idea of our talent.

Edit: I meant to, but forgot to mention, that I believe we'll see a ton of rotation throughout the season, especially on the D-line.  It's something called depth, a pretty foreign concept around these parts.