Share All sharing options for: How (I Think) Kubiak Plans on Stopping the Run and Rushing the Passer

If you've been following this little corner of the Texans blogosphere at all the last few days, you've no doubt heard the gnashing of teeth by many of us about Smithiak's seeming lack of interest in drafting that mammoth, space/time eating defensive tackle (that I've taken to calling Galacticus) to take the spot next to Amobi on the defensive line.  Pivoting off of BFD's post, I'm going to give my theories about how our defensive front is going to adapt to this cruel, assmass-free existence.

Let's break it down like this.  Bill Kollar's philosophy, now firmly planted in our defensive personnel system, is to use lighter, quicker down linemen to get upfield and get to the quarterback.  As pointed out by Scott Jake, Kollar's lines have a tendency to be better at rushing the passer than they are at stopping the run.  The reason is simple physics: assmass + weightspeed = O-linemen getting KTFO.  Put in layman's terms, the quicker player may get past his man with regularity, but it's hard to push a pile back when that pile consists of three people and weighs approximately half a ton.  Let's put that into perspective.  You know what else weighs half a ton? 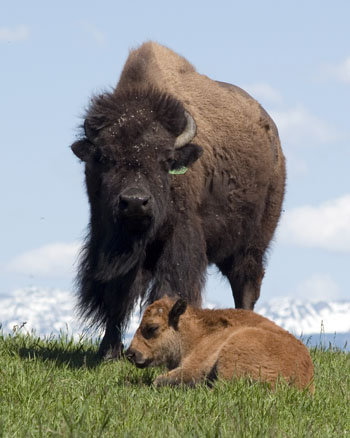 It would be kinda hard to push my little friend around, dontcha think?

The Texans had to have known this when they hired Kollar.  If we here at BRB figured it out, then I have to assume that Gary Kubiak and Rick Smith got it pretty quickly.  I believe that they assumed that Kollar would light a fire under Amobi, Mario would be his normal supernatural self, and the newly arrived Antonio Smith would come in with the result being that they would be a better pass-rushing team but the run defense might suffer.  Well, they were kind of right and kind of wrong.  They were a better pass-rushing team, but that's only because they were horrible at it under Richard Smith.  But they turned out to be better at stopping the run than most believed.

The reason for this improvement in run defense comes not so much from improved d-line play (although the defense certainly got better simply because Anthony Weaver and Travis Johnson weren't there) but because of better play from the linebacking corps and defensive backs.  According to ProFootballFocus, Ryans, Pollard and Cushing were all among the league leaders at their position in stops (defined by PFF as "the cumulative number of solo tackles made which constitute an offensive failure") with G-Lover Quinn pretty close.  So even though our defensive line wasn't great against the run (with the exception of Mario Williams) our linebackers and defensive backs were, for the most part, very good against the run.

And there's the rub.  I believe that Kubiak's defensive philosophy basically accepts that Kollar's line won't be great against the run and puts that responsibility on the linebackers and the defensive backs.  Kubes is betting that Kollar's system is going to produce a better pass rush this year while the guys behind the linemen will have to work extra hard in run support.

When you look at it this way, the defensive draft strategy makes sense.  We pick up a cornerback who can play press and is good against the run.  We pick up the prototypical Kollar defensive tackle.  We pick up a linebacker who could push the weakest of our starters.

It's not how I or a great many people at BRB would do it, but I'll give Kubes (and Bush) credit for creating a system and drafting accordingly.  I suspect that it is possible to have success with this system, but it's going to take shrewd tactics on the part of the coaching staff to make sure that the Texans compensate for their weaknesses on the defensive line.