Share All sharing options for: Oh Gary Kubiak, You Devil!

We've spent a lot of time in this lonely offseason discussing the Texans offense and defense.  We've spent some time on the special teams.  We've even spent a little time talking about Frank Bush's curious definition of "aggression."  But we haven't really spent much time on the subject of Gary Kubiak.  This is kind of curious, because for stretches of the season Kubiak was a real polarizing figure on this blog.  If you go back to the game threads, you'll find lots of debate on whether or not Kubes was the right coach for the Texans, or even a good head coach at all.

Here's an indisputable fact:  Gary Kubiak is the guy who coached the Best. Texans. Team. In. History. Ever.  I spent a good chunk of the season supportive of Kubes, but finally decided I'd had enough right before the December game against Jacksonville.  However, like it or not, the reality remains that he's going to be here for the upcoming season and, barring some unforeseen total collapse, he'll be here for one more season after that.

Given that, it's totally possible that Kubes will improve as a coach to the point where I can get back on the bandwagon again.  He's shown an ability to improve in aspects of the game where he senses he's weak (for example, clock management) and I've read that after every game he and the coaches review their own performance with an eye towards improving.  Because of that, there's hope.

After the jump:  What it's going to take for me to get back on the Kubes bandwagon.

1) Be more hands-on with the defense. Anyone else get the feeling that Kubes is not too interested in the details of how his defense performs?  Compare the defense to the offense.  Our offense is an intricate, complex faberge egg.  Our defense makes vanilla look spicy.  The contrast between the two could not be more stark.  Why is this?  We all know the answer.  It is because Kubes has been involved with offense his whole career.  As a head coach, he's still largely in charge of the offense and seems content to delegate authority over the defense to FrankRichard SmithBush and his band of merry men.  Kubes is the head coach and this team needs to get better on the defensive side of the ball in order for the Texans to make the playoffs this year.  This means Kubes needs to give more direction to the defensive coaching staff.  He has to have a vision for the defense, doesn't he? 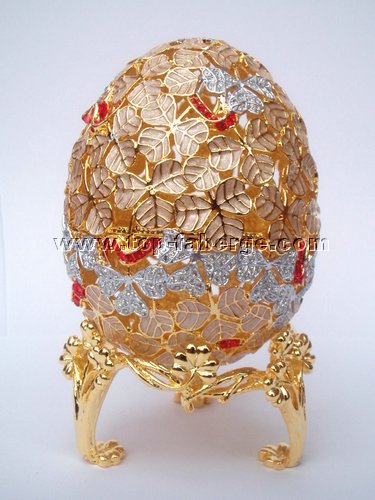 If you look closely, you can see Andre Johnson.

2) Don't be afraid to mix it up. Remember that old saying that the definition of insanity is doing the same thing over and over again and expecting different results?  Welcome to your 2009 Houston Texans.  Whether it was handing the ball off to a fumble-prone, non-short yardage back in short yardage situations or trotting out the same old soft zones, Kubes had a tendency to stick with something much longer than he should have.  And no, handing the ball off to a fumble-prone, non-short yardage back only to discover that he's also not a quarterback after he throws a completely unshocking interception does not count as mixing it up.  Every team has strengths and weaknesses.  This year, our offense may have a better running game, especially in short yardage situations.  Nonetheless, we will still have weaknesses.  I'd like to see Kubes do a better job at creatively hiding those because, as Sun Tzu said:

3) Don't mash square pegs into round holes.  This one goes along with Number Two above.  Amobi Okoye is not a space-eating nose tackle.  Chris Brown was not a short yardage back.  He was also not a quarterback.  Steve Slaton was not too light to play at his rookie weight.  There's a school of thought that says that a person should work hard at their weaknesses in order to overcome them.  There's another school of thought, backed by a certain amount of research, that suggests that this idea is bullshit, that a person's strengths and weaknesses are fixed in them by the time they become an adult and trying to improve one's strengths is more effective than improving their weaknesses.  I'd like to see Kubes creatively play to the strengths of his team, which means, if there's no short yardage back available, find some other way (maybe a fade to 'Dre, a RB screen, etc) to get the ball in the endzone.  Oddly enough, Sun Tzu had something to say about this as well.  Take it away, Sun:

4) Learn how to coach with a sense of urgency today, tomorrow and forever.  One consistent feature of Kubiak's reign as coach is that his teams play very well when their back is up against the wall, but not so well when they/Kubes doesn't sense some kind of threat out there.  Kubes needs to instill that sense of urgency from training camp.  The team's attitude needs to be that they are all going to be pushed off a cliff by a platoon of Daleks if they don't win every single game.  Rather than waiting for the team to start 0-4 or get demolished in the home opener, Kubes needs to convince the team that it is already in a deep hole before the first preseason game, and that the hole only gets deeper with each passing game, regardless of whatever happened in the game before.

5) Beat the Colts and Jags at least once and go Voldemort on the Titans.  Really.  This losing-record-in-the-division thing has gotten very, very stale.  Last year the Texans were competitive in every division game and only managed to win one of them.  This simply has to stop.  Going 1-5 or 2-4 against the division means the team has to make up a whole lot of slack in the remaining ten games of the season, and it's just too hard to do.  Beating the Jags has been the easiest for us, and we should keep doing it.  Beating the Colts seems to be harder than catching a fly with chopsticks, but we simply must do it if we want to be considered a serious team.  Plus, watching Peyton's billboard forehead turn bright red is worth it all by itself.  And the Titans?  Nothing short of complete annihilation and humiliation will do, both on the road and at home.  It is our destiny.  Besides, as Sun Tzu said:

6) Stop finding new and cruel ways to lose. Please.  For the sake of my sanity, family and liver.  For the benefit of all humanity.  For the starving children in Africa.  I beg you, stop ripping defeat from the jaws of victory in increasingly painful ways.  On behalf of mankind, I'd like to thank you in advance.