OK, fine, I've been sort of inconsistent in handing out this award.  Think of it kind of like the Nobel Peace Prize --- if there's not a deserving candidate, the honor is not awarded at all.  It's quality control (captivates your party patrol, your mind, body, and soul...).

Where was I? Oh, yes. The award. So, here's the thing: there were two legitimately great nominees for this week's award, and some people (read: Jordann) have already complained that Johnathan Joseph did not win it for this hit:

It was a great hit, no doubt, especially since it broke up a sure completion early in the game when the Titans still naively thought that they wouldn't get destroyed.  That said, Damian Williams did hop right back up.  He also ran his face into the turf later in the game.  And he's from Arkansas.  So, you know, he wasn't a huge challenge for someone with J-Jo's ability.  After the jump, we'll take a look at the hit that did win, which, for some reason, I keep opaquely referring to, as if you don't already know.

Obviously, then, the winner of this week's award is your very own kamikaze kicker, Neil Rackers, for his taiatari on Marc Mariani:

If you can (a) watch that video only once and (b) not yell "BOOM!" every time you see the hit, you are a better man than I, Charlie Brown.  But, just for fun, let's slow it down a bit and look at some frames. 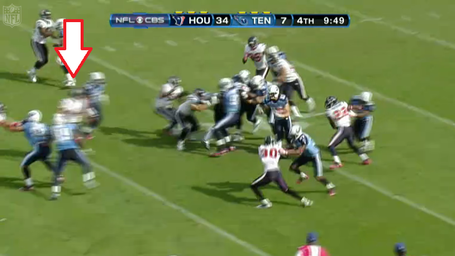 I love this frame almost as much as I love the end result, mainly because Mariani is looking toward the left sideline, thinking he sees a giant hole.  But, wait!  What's that blur that I've indicated with an obnoxiously sized arrow?  Is that ... the kicker?!  (Spoiler alert: it is.) 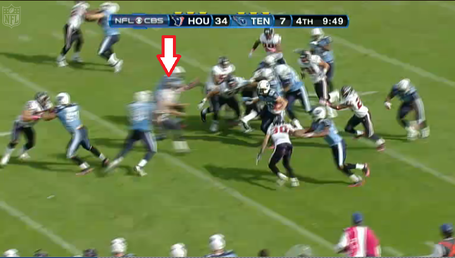 Kudos to Jason Allen for causing Mariani to adjust back to his right ever so slightly.  It's like Jason Allen is Kim Jong Il and Marc Mariani is Hans Blix.  Also, you can almost hear Rackers screaming "AAAAIIIIIIIIEEEEEEEYYYYYYAAAAAHHHHHHHHH" as he closes in. 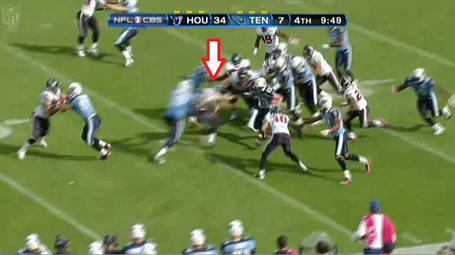 Elway's Clipboard, this is Headkicker. I have missile lock and am going in for the kill. 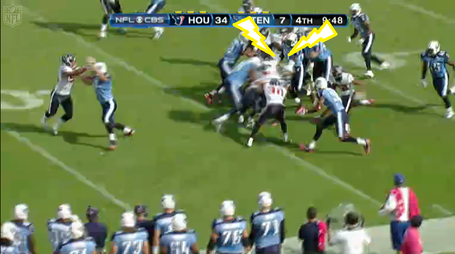