I apparently forgot to do KTFO awards for Weeks 2 and 3.  Truth be told, I would have forgotten to do one for Week 4 as well, had Karsh not mentioned that there was a deserving recipient for another of BRB's fictional prestigious fictionally prestigious awards.  So, hat tip to Karsh.

This week's winner should be obvious: Duane Brown.  We rarely hear an offensive lineman's name called during the game unless he's getting abused by a defensive player or has committed a penalty.  I "rarely," rather than "never," because there's at least one positive scenario in which an OL will get attention --- when he destroys the face of a defender, especially one like James Harrison.

After the jump, we take a look at some stills, laugh at karmic payback, etc.  You know how it works. 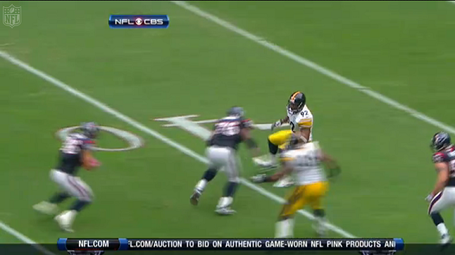 Harrison, by virtue of having two healthy eyes, recognizes that the play is going to be a dump-off to Casey, and the linebacker slows up to change his angle.  Duane Brown is all, "AS IF!" 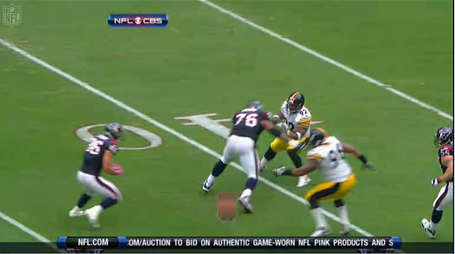 Brown, being a gracious host, lines up to drive his right shoulder into Harrison.  Harrison, drastically underestimating the weightspeed of the left tackle, attempts to get around the outside of Brown in order to cutoff James Casey. 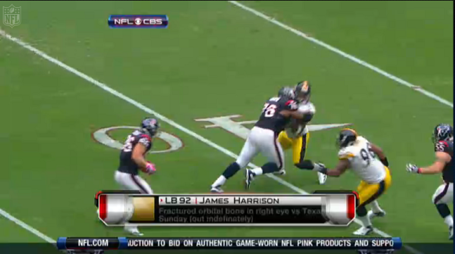 Swiss Army, this is Kung Fu Panda.  The target has been engaged, and you are cleared for launch. 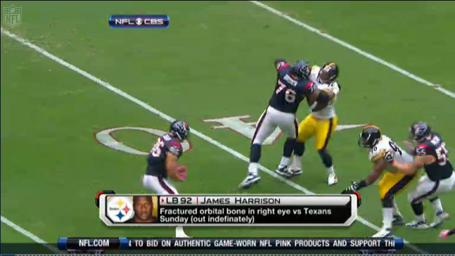 Now ... Harrison did not get pancaked on this play.  He actually held his ground powered back into Brown.  So, you might be asking yourself, why does Brown get the KTFO award if he didn't even drop the dude?  Because of this: 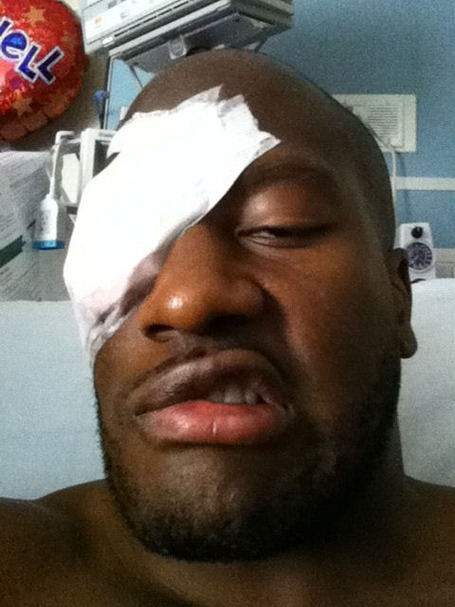