We're friends, right?  Of course we are.  And, as friends, we can be honest with one another.  So, go ahead and admit it: you know exactly who is getting this award this week.  There is no suspense.  It's Johnathan Joseph for going Seal Team Six on the "soldier," Kellen Winslow, Jr.

The best part of the video, aside from Brian Cushing's spin move, might be Winslow limping away like he'd just been hit by a very angry, very underrated truck. After the jump, we'll peek at some stills and whatnot. 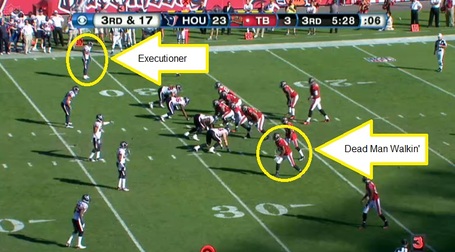 Pre-snap, we see the football equivalent of the moments between the condemned's last meal and his date with the Grim Reaper.  The difference, of course, is that Kellen Winslow, Jr. has no idea that he is playing the role of Wild Bill Wharton.  I assume that JoJo walks around feeling like Paul Edgecomb 24/7.  And, yes, this means that Brice McCain is Mr. Jingles and Brian Cushing is Brutus Howell.  Shaun Cody is Percy Wetmore, of course.  I'll stop. 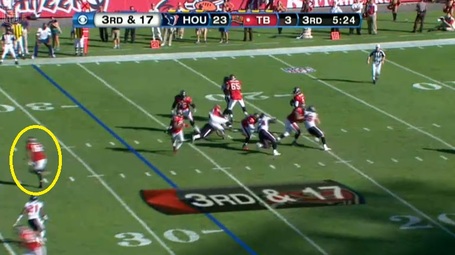 You know that part of the Zapruder film, when Kennedy's limo turns right into Dealey Plaza and he's waving, oblivious to what is about to occur? 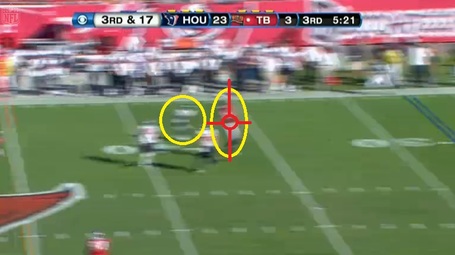 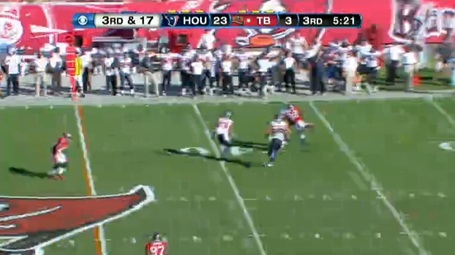 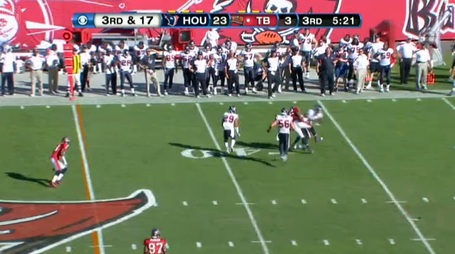 The fact that both Joseph and Winslow were both blurry (i.e., moving quickly) a split-second ago, while only Joseph continues to be blurry in this frame, tells you just how violently JoJo hit Winslow.  Reminder: KWII outweighs Joseph by over 40 lbs.  Counterpoint: JoJo does not care about your stupid physics. 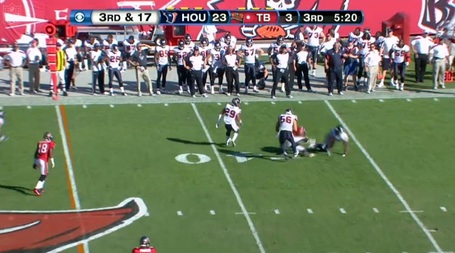 Pictured: Joseph looking back to see if Winslow is still breathing; Winslow trying to remember his own name; Cushing getting a gift interception; Glover Quin in a little bit of pain because Joseph hit Winslow so hard that other people felt it.  Not pictured: Josh Freeman giggling [citation needed].