2DH: Jeremy Shockey Is A Turd (And Other Stuff, Including A BBQ Sauce Recipe)

That's poop on his face.

Share All sharing options for: 2DH: Jeremy Shockey Is A Turd (And Other Stuff, Including A BBQ Sauce Recipe)

Despite the fact that the widow of a United States Marine was presented with a mortgage-free house on Sunday, and the entire presentation occurred on the field prior to the game, Jeremy Shockey declared that the Texans were unpatriotic and did not "show[] respect to America during the national anthem."

Shockey reached this conclusion by counting the number of Texans players who did not place their right hands over their hearts during the song. "There were about 10 players who didn’t put their arms across their chest. This is America. They should at least give respect to America."

Arian Foster's rushing yards per game, good for 9th in NFL history (and third among active players). Just think of that next you want to gripe about his career 1.1% fumble rate, which includes the ridiculous "fumble" against Cincinnati. In fact, think of the 86.4 yards/game, then slap yourself in the face for complaining about his fumble "problem." (For the record, Steve Slaton's fumble rate as a Texan was nearly double Foster's, and Slaton's fumble rate in 2009 was over three times Foster's rate this year (4% to 1.3%).

Update: Vega addressed the fumble issue in alliterative fashion here. Read it. Learn it. Live it.

Games this season, out of 12, in which Arian Foster has at least 100 yards rushing.

Games this season, out of 14, in which Chris Johnson has at least 100 yards rushing.

Number of NFL teams who have had more than one 1,000-yard rusher in a given season. They are the 1972 Miami Dolphins (Larry Csonka and Mercury Morris), the 1976 Pittsburgh Steelers (Franco Harris and Rocky Bleier), the 1985 Cleveland Browns (Kevin Mack and Earnest Byner), the 2006 Atlanta Falcons (Michael Vick and Warrick Dunn), the 2008 New York Giants (Brandon Jacobs and Derrick Ward), and the 2009 Carolina Panthers (Jonathan Stewart and DeAngelo Williams).

Number of players in the previous list who have subsequently been inducted into the Hall of Fame (Csonka and Harris).

Number of players in that same list who have subsequently been convicted of felonies (Morris, Mack, and Vick).

Number of teams in that list that went on to win the Super Bowl that season.

"All Of The Other Quarterbacks Used To Laugh And Call Him Names (Like Romo!)"

In "I Meant To Mention This Last Week And Totally Forgot' News.

If you hang in the right circles of the internet (read: groups of nerds), you might have heard that scientists at CERN think they maybe, possibly, perhaps found evidence of the long-sought Higgs boson (known in some circles as the "God particle"). Irritatingly, the story was picked up by the mainstream media as "God particle found," at least in headlines, though that is decidedly not the case.

First, let me back up just a second, just in case some of you are unfamiliar with the Higgs and give a very brief (and admittedly simplistic) overview.

As is germane to this discussion, within the standard model. you have the electromagnetic interaction regulated by photons, the strong nuclear interaction between quarks is regulated by gluons, and the weak nuclear interaction between all quarks and leptons is controlled by gauge bosons. Thing is, of those three, only the bosons have mass; gluons and photons are massless. However, without something to explain why the gauge bosons have mass, the Standard Model would predict them to be massless as well.

The "something" to explain this discrepancy is known as the Higgs mechanism, but, for that mechanism to work, there must be an as-yet-undetected Higgs boson. Obviously, then, discovering the Higgs is incredibly important for telling us whether the Standard Model is likely the entire story, or whether a new model (or additions to the existing model) are needed to explain what we see. (As an aside, what mass the Higgs has, if it exists, is also important, because if we find the Higgs at energies of less than 120 GeV (the mass of a proton is just under 1 GeV), it's highly likely that there is supersymmetry in nature, which would double the number of fundamental particles.)

So, armed with that knowledge, we are all roughly on the same page. What, then, was found by scientists at CERN last week? Specifically, the two particle detectors at the Large Hadron Collider --- which I keep typing as "Large Hardon Collider," and that would be something COMPLETELY different --- found some evidence of the Higgs at 126 GeV, and they ruled out the possibility of the Higgs between 131 GeV and ~250GeV. The odds of a random occurrence creating matching results like this, at this specific GeV measure, are something in the neighborhood of 1-in-2000. Which is compelling, but not enough to say that the Higgs has actually been found.

So what's next? Well, the most common estimate I've heard/read is that they need about 3 to 4 times as much data supporting this finding at 126 GeV before anyone can say that the Higgs has been located. At the current pace of testing at CERN, that means, if the Higgs exists at 126 GeV, we will likely get a definitive answer by late 2013 or early 2014.

Finding the Higgs at 126 GeV is important for a second reason as well. In addition to supporting the Standard Model, at that mass, the Higgs would not suggest supersymmetry. It would be consistent with the Standard Model and nothing else. That's huge, at least in terms of defining the quantum world so that we can continue working toward the ever-elusive Theory of Everything. (My money is still on M-Theory there, but that's a different story for a different day.)

Number of FGs between 40 and 49 yards that Neil Rackers has made this year.

Number of FGs between 40 and 49 yards that Neil Rackers has attempted this year.

Games since Week 8 that Neil Rackers has not missed at least one FG.

I worry that a playoff game will come down to Rackers' hitting from any appreciable distance.

So, due to popular demand from people who've tried it, I decided to make my BBQ sauce for Christmas presents for a bunch of people this year. I have zero doubt that they will appreciate it. Because I love you silly fools, here's the recipe. Enjoy.

Combine all the ingredients in a sauce pan over medium heat and bring to a slight boil. Reduce the heat and let simmer for 10 to 15 minutes.

In Case You Were Wondering.

Yes, your Houston Texans can still get a first-round bye (and, in fact, the first overall seed). If the Patriots lose to the Dolphins next week or to Buffalo in Week 17, and everyone else involved wins out, the Texans are #1, the Ravens are #2, and the Pats are #3. So, uh, go Miami.

Archer returns to FX for Season 3. If for some reason --- be it coma, stubbornness, or being sans television for the past two years --- you have not seen Seasons 1 & 2, I suggest that you check Netflix or (better yet) buy them. You won't regret it. 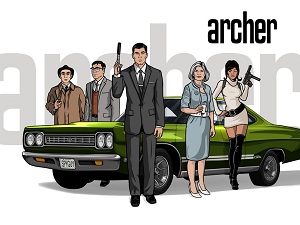 Please, for the love of all that is holy, do not use "in route" when you mean "en route." The latter is a French phrase meaning "on the way." The former is a bastardized version that ruins the meaning of the phrase.

You're better than that, buddy. You really are.

If you were listening closely to the broadcast on Sunday, you might have heard Ron Pitts say "for all intensive purposes." This malapropism is, for all intents and purposes, a sign that don't really understand the meaning of the words coming out of your mouth.

If you can read,"When he was laid into his casket, underneath his military dress blues was his Andre Johnson jersey, a different kind of dress blue," without tearing up a bit, then you are a terrible, heartless human being who has never known real love. I read the story aloud to Mrs. MDC, and I was a blubbering mess by the end of it.

Also, as mentioned in the comments here, there's a rumor that Reliant is providing free electricity to Ms. Wood. I am attempting to verify this, and will update if/when I hear anything.

"I swear to God you could drown a toddler in my panties right now. Not that you would want to."

[Author's note: It's a sad day in Two-Day Hangover Land. It seems that Marijuana Pepsi Sawyer has gotten married and changed the name on her public profile to the much more professional sounding, "Marijuana Sawyer-Clardy." Dang. Thankfully, we have a long memory around here, at least when it comes to stuff like this, so we'll just forge ahead and pretend like nothing has changed.]

Much like the decision to name your daughter "Marijuana Pepsi," Gary Kubiak's decision to kick a FG when down 21-3 was confusing. (Even more confusing than the decision to kick when down 21-0.) For one thing, Kubiak had shown much more courage on fourth down over the past few weeks. For another, you're down 18. You are going to HAVE to score TDs to win this game. Yes, the kick made it a two-possession game, assuming you could get a two-point conversion, but, coming that late in the game, it also increased the Panthers' odds of winning the game. The Texans had the ball at the 8. If they couldn't score there, and they couldn't prevent the Panthers from scoring again from 92 yards away, they weren't likely to win that game anyway. At least trying to score a TD would have suggested that Kubiak thought he could win the game.

Watching NFL Turning Point on Vs., Sophia pointed at a shot of T.J. Yates and asked, "Who's that boy?"

It seems my plan to have her become a lesbian --- and, thus, prevent me from going to prison for stabbing a teenage boy to death with a pitchfork --- is being derailed by her love of the Texans and, specifically, of a certain young QB. WELL PLAYED, UNIVERSE! WELL PLAYED!

Throw The Ball Away = no loss on the play, TJ.

Everyone has reverted back to 2010 today. Even Kubiak.

Have you ever sh*t in a port-o-let? Do you think anybody you know has? But have you ever used one that didn't have a turd in it? Who are these people sh*tt*ng in port-o-lets?