Thoughts on (Another) Loss, Gary Kubiak, and Officials

Share All sharing options for: Thoughts on (Another) Loss, Gary Kubiak, and Officials

Pretend for a moment that you are a heavy smoker. You have tried to quit several times over the years but you just can't shake the habit. One day you go to the doctor and you get some bad news: you have lung cancer. The doctor tells you that they can save you, but they have to take out a lung. Naturally, you agree to this. You go to the hospital for the operation. They put you under and perform the surgery. When you wake up, however, the surgeon tells you that they have mistakenly taken out the wrong lung (don't laugh - it has happened before).

Naturally, you are shocked, and more than a little bit concerned because the doctor accidentally took out your good lung, leaving you with the cancerous one to keep you breathing. You weigh your options and decide to pursue a malpractice lawsuit. You go to court and explain what happened. The surgeon's defense? He says, Well, you should have known better than to smoke in the first place.

This is the best analogy I can find for the last Texans game. Want to find out why? Follow me across the jump... if you dare.

I think it's fair to say that no judge in their right mind would buy the surgeon's defense. Yet it's true, people who don't smoke are much less likely to get lung cancer than people who do. The surgeon, as a person whose job it is to remove people's cancerous lungs while leaving behind their non-cancerous ones, has a job to do regardless of whether or not the patient put him- or herself in a particular situation by their behaviors.

So it is also with referees. They have a job to do, just like football coaches and players. The world of sports has officials because within its narrow confines there is undoubtedly right and wrong. It is the job of the official to police the line between right and wrong and to punish players when they cross that line. So when an official blows a call, he has failed to do his job in exactly the same way as Arian Foster does when he fumbles the football, Neil Rackers does when he misses a kick, or T.J. Yates when he throws an interception.

Yet for some reason, a large segment of the fanbase insists that people should not gripe about the officiating, even when the Texans (or whatever team they are supporting) are on the wrong end of a series of clearly bad calls, such as - to pick one example out of the ether - a blatant offensive pass interference no less than five yards in front of the official whose job it is to see these things. There is no point in complaining about the officials, they say, when the Texans should have scored more points, played better defense, etc etc etc.

Nonsense. The officials have a job to do and it is perfectly legitimate to point it out when they fail and speculate about the consequences. We do it when Kareem Jackson gets beat deep for the umpteenth time. We do it when Chris Brown is asked to throw a pass despite never having done so in his professional career. We do it when Gary Kubiak mystifies us with his play calling. When J.J. Watt gets flagged for more than one phantom unnecessary roughness penalty and Johnathan Joseph gets his shirt pulled right in front of the official without a flag, the only correct response in my book is to point out that the official got it wrong. And when officials get it wrong, winnable games can become lose-able ones.

Now, those who argue that we should worry about playing better rather than the officials have a point. And that's the other salient part of the metaphor I led this post with: much like the person with lung cancer probably shouldn't have been smoking in the first place, the Texans most certainly could have played better as well. Ben Tate, for example, was bad, although I suspect the o-line had a lot more to do with it. Likewise, I may be alone in this, but I think that JJow has not been playing as well as he did in the beginning of the season. Kareem Jackson may be getting better at running with his man, but he turns his head about as well as Frankentsein's monster.

By the same token, I have to scratch my head at some of Kubiak's game-planning. T.J. Yates had a pretty good game by the numbers (13/16 for 132 yards and 8.3 ypa). It boggles me that Kubes only let him air it out 16 times. I understand that he is going up against Dwight Freeney and Robert Mathis, but at a certain point, when the offense is looking at eight-man front after eight-man front, would it kill him to run a few more pass plays? I understand that, particularly as the game wore on, killing the clock was important, but when you have a) a running back who is gouging yards; b) an opponent who is clearly gearing up to stop the run; and c) an arsenal of amazing tight ends, a play action pass for (at least) eight yards is just as as effective as a run for two, clock be damned. After all, a first down is worth more than a three-and-out. 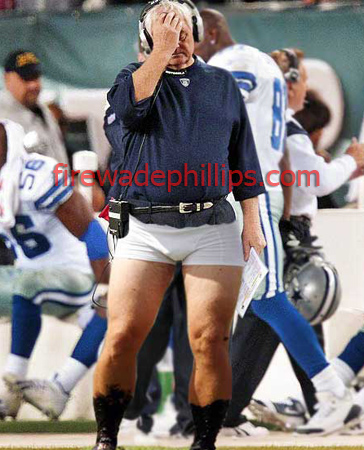 I would take this right now if it meant winning a playoff game (via firewadephillips.com)

Here's what I hope Kubes does in the next game: realizing that we're basically locked into the third seed, I hope Kubes puts his trust in Yates a little more. While his line from the last game screams "game manager" I think that's giving Weejay the short shrift. We know Weejay has the ability to make accurate deep throws and is mobile. It's time to let him loose. Sure, he runs the risk of getting hurt, but so does every player on every play or even in practice. Let's see what T.J. can do. Maybe he'll suck. So what. He's shown that he's resilient enough to handle it. It's just as likely, though, that he'll play pretty well and learn some new things that could come in handy in the playoffs. Plus, with Wade Phillips coming back to the sideline soon (and let's be honest, it's pretty clear that he has had a HUGE hand in our team's success so far) T.J. is going to have a little more margin for error than he did in the last two games.

Texans vs Colts coverage I Titans vs Texans coverage