Shiloh Keo Is The Newest Texan!

Share All sharing options for: Shiloh Keo Is The Newest Texan!

"Rick Smith, you've been Texans GM for four years. What initiatives have you spearheaded in that time?"
"Um, all of them?"
"I see...then you must have some good ideas for the future as well?"
"I sure do!"

"Such as.....?"
"Well, I wish the media wasn't so picky about how I never pick safeties in the top three rounds. Because...late round safeties are the cure to all of life's problems?"
"We understand Rick, after all, we are from the land of late round safeties!" 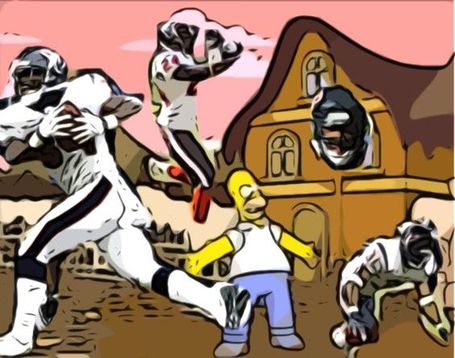 Keo will likely compete with Troy Nolan for the strong safety duties in 2011. He can return punts. Mike Mayock compares him to noted boxer Tom Zbikowski, and since Wade Phillips coached him in the Shrine game, it seems likely that he learned a lot about good work habits that he had there.

The Texans have one more pick in the fifth round, at 152 overall. Will they just keep plugging away with defensive picks or is it time to find a wideout?