When Vonta Leach left Space City for Bodymore, Murdaland, I considered changing the name of this highly prestigious and universally coveted award.  Instead, I decided pay homage to the Human Coke Machine and his time destroying would-be tacklers for your Houston Texans.  (Philip Wheeler knows what I'm talking about!)

It's fitting, however, that the first person to win the award in 2011 is the guy who replaced Leach in the Texans' backfield -- FB/H-back/TE/WR/Autobot James Casey -- for his hit (around the 1:19 mark of this video) on Kavell Conner.  The best part of that play?  He did it on a play action pass.  That's right: Casey was so committed to selling the play action that he went ahead and threw what would have been a monster lead block had the play actually be a run.  That's dedication to one's craft.

After the jump, we break down a couple frames and hand out the award.  FUN! 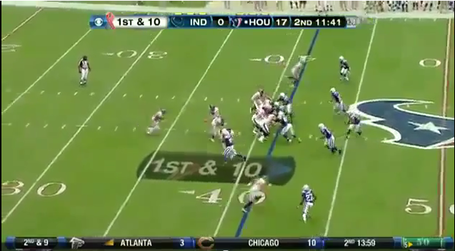 The offensive line creates a hole, James Casey appears to be the lead blocker, and Kavell Conner reacts to try to make the play on the running back.  TWO MEN ENTER, ONE MAN LEAVES! 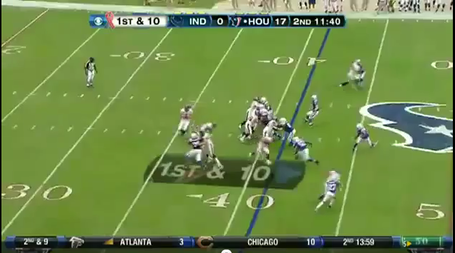 Casey -- despite knowing that (a) it was not a run and (b) that he had a pass route to run on this play -- stays in character.  That character's name?  Crusher Q. Headknocker, Esq. 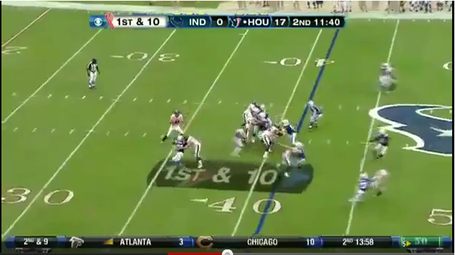 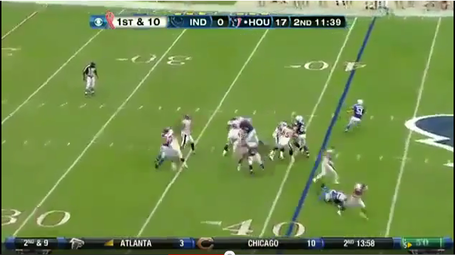 THOR tells the other Colts, "Sorry about your homey ... homies" and continues on his route.