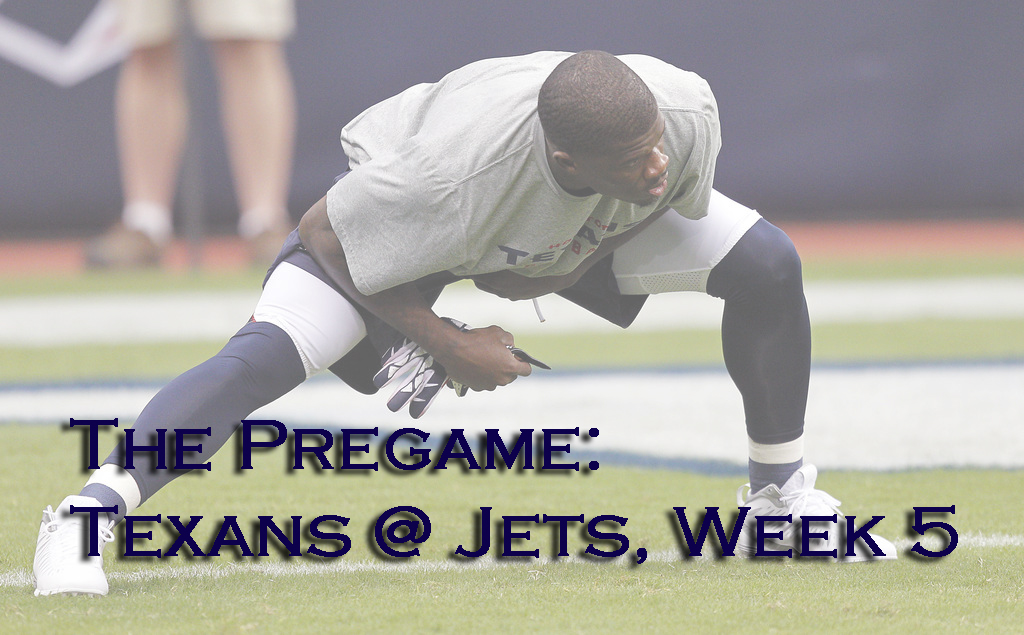 To paraphrase the great American poet Silky Johnston, what can I say about New Jersey that hasn't already been said about Afghanistan; it looks bombed out and depleted. Don't believe me? Check the area between Penn Station and Newark. It's a vast stretch of industrial wasteland that makes The Walking Dead look like a documentary. Then, if you wanted, you could point your IROC south from there and quickly hit the Pine Barrens, which are basically northeast Texas without the occasional place for decent BBQ and with far more snow.

This depressing mix of natural and man-made desolation is the perfect backdrop for the legion of people unfortunate and delusional enough to consider themselves Jets fans. These are the same people who continue to suggest that Joe Namath was a great QB. They are people who genuinely believed that the addition of Blair Thomas made them the Super Bowl favorites in 1990. These are people who turn halftime of a regular season non-division game into a possible gang rape. These are the people who call into sports radio on Mondays to discuss the relative merits of Mark Sanchez (none) and Tim Tebow (none), and they get violently angry about the issue. Perhaps most damning, these are the people who allow a loud, obnoxious mouth-breather like Fireman Ed to be their avatar, to the point that the Jets built Ed -- formerly a Dolphins fan, mind you -- a f**king PERCH next to his seat in MetLife so that he can lead the the Guidos in their Hooked-On-Phonics-inspired team chant.

Speaking of Guidos, oh lord, the overwhelming majority of the Jets' fanbase look like extras from a Jersey Shore blooper reel. Every pro-Jets crowd is like a sociological experiment on the cultural impact of too much hair gel, gold-plated necklaces, and sleeveless t-shirts. Worse, the fans who don't bathe in Axe body spray and sunless tanner generally look like this duo.

At the end of the day, though, maybe this is the best example of how awful New Jersey is: the two teams who play in New Jersey pretend that they play in New York, because absolutely no one wants to admit otherwise if they can avoid it.

1.Flying Right Into The Side Of Mount Watt. Remember the 2010 meeting between the Jets and Texans? That's the one that ended with some of the Jets celebrating by running around like this. Unless the current players have a pantomime for Pan Am 103, I don't foresee too many Wright Brothers-esque celebrations for the New Yorkers on Monday night.

2. Podophiliasaurus Rex. It might not be fair to hate Rex Ryan for having something of a foot fetish, but it is absolutely fair to hate Rex for having a fetish that ultimately made you like Wes Welker, if only for a moment. We should never have to like Welkah. Ever. That's on Rex.

3. Hey, Did Ya Hear?. The only thing that could make the press coverage of a New York team more obnoxious would be if one of those teams managed to bring in the most overrated, overhyped "QB" in recent memory to backup their woefully mediocre starter.

Now, let's toss it out to Ed Werder, Stephen A. Smith, Holly Rowe, Sal Paolantonio, and Shelley Smith, all of whom have various vantage points around Orchard Park. Shelley, is there truth to the rumor that Tebow ate corn at lunch? Well, if what I saw in the men's room was any indication, YES.

When describing the New York Jets' plight
Calling it a controversy isn't quite right
Whether Sanchez or Tebow
Neither option can throw
Let's just call it a quarterback cripple fight.

THREE OF THESE STATEMENTS ABOUT NEW JERSEY ARE TRUE.

1. New Jersey has 108 toxic waste dumps, more than any other state in the nation.

2. In Mount Laurel, it is illegal to get drunk and annoy someone in your own house.

3. More cars are stolen each year in Newark than in Los Angeles and New York City combined.

4. Frank Sinatra once claimed that the reason he drank was to try to kill the memories of his years in New Jersey.

"The results of a new study are out this week saying that New Jersey is one of the most livable states in the country. The study has a margin of error of 100 percent." -Conan O'Brien 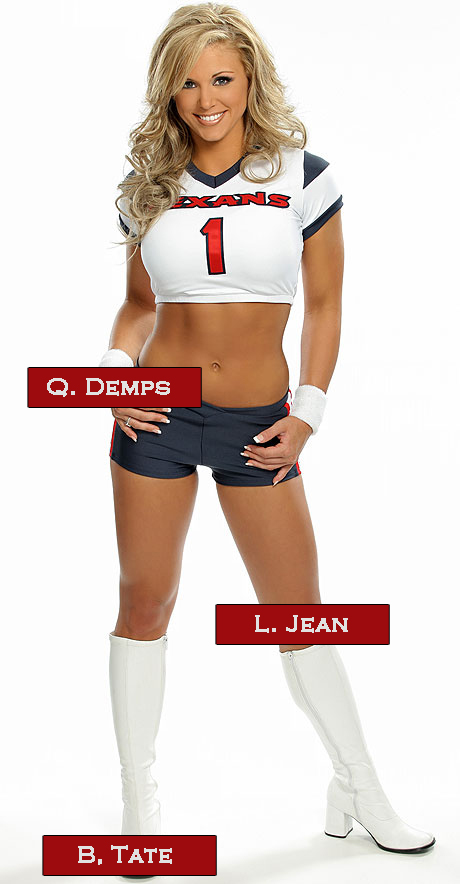 Quintin Demps (Various Bits Of Arm). Not content with a mere thumb issue last week, Demps clubbed Titans with his arm until he managed to break something. When you remember Quintin's arm, remember it fondly for the BESFs it bludgeoned.

>Ben Tate (Sprained Rex Ryan Fantasy). Tate is questionable with a toe injury, but Gary Kubiak assures us that Tate is battlin' and will play on Monday Night. Rex Ryan faps to the news.

Jets WR Santonio Holmes (Written Out of Diary of Lis Frank) - Out.