Looking at the Texans, game day habits, Wyclef, and the overrated Big 12. Also, I'm probably going to update this thing a few times during the day on Wednesday, so, like, come back a few times or something. Whatevs.

Share All sharing options for: 2DH: Gone 'Til November

My friend Pete is many things. A lawyer. A photographer. A hedonist. Possibly a sociopath.

He is also a fan of the Bears and Northwestern University, which is really the only thing about him that is relevant to this post. As you may already know, Northwestern played a football game against the University of Michigan on Saturday. For reasons I still cannot comprehend, the Wolverines pulled out a win in that game thanks to Fat Kicker and Devin Gardner and some crazy happenings, including the inability of Northwestern's secondary to defend a Hail Mary. It was wild, even if watching it probably shortened my life by six or seven months.

Then, obviously, on Sunday, your Houston Texans dispatched with Pete's Chicago Bears when Danieal Manning decided to exact painful revenge on his former employer. (That Manning actually dropped two other possible INTs actually speaks to just how ever-present he was on Sunday night.)

All in all, it was a great weekend for me, both as a fan and as someone who enjoys seeing my good friends suffer. Yet, for some reason, I haven't yet bothered to gloat about the victories, which, if you know me at all, has to be somewhat surprising. Why haven't I?

Maybe it's because both games were close and hard-fought.

Maybe it's because, as Vega (who is also a Northwestern fan) explained to me, "at Northwestern, we refer to these types of days as 'Saturday'. I'm pretty confident that if Northwestern were playing either the Texans or my Wednesday night soccer team (in football), it would still come down to the last play... and we'd probably still lose."

Or maybe, just maybe, it's because I wanted to wait until the 2DH so that I could do it in a much more public forum.

Yeah, it's probably that last one. You see, what Pete didn't know -- what he couldn't have known until it was far too late -- was that his fate was in the hands of Clan Campbell. Ask the MacDonalds how that worked out for them.[1] 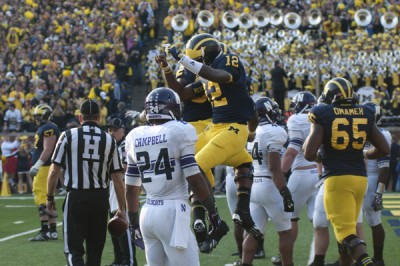 Number 24 there is DB Ibraheim Campbell, whom you may also remember from such notable plays as . . . 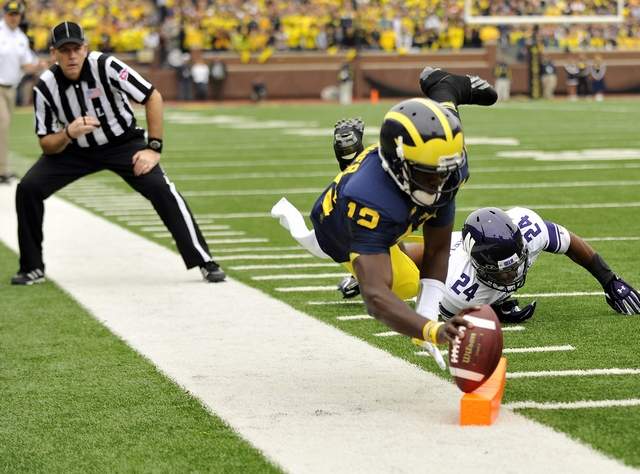 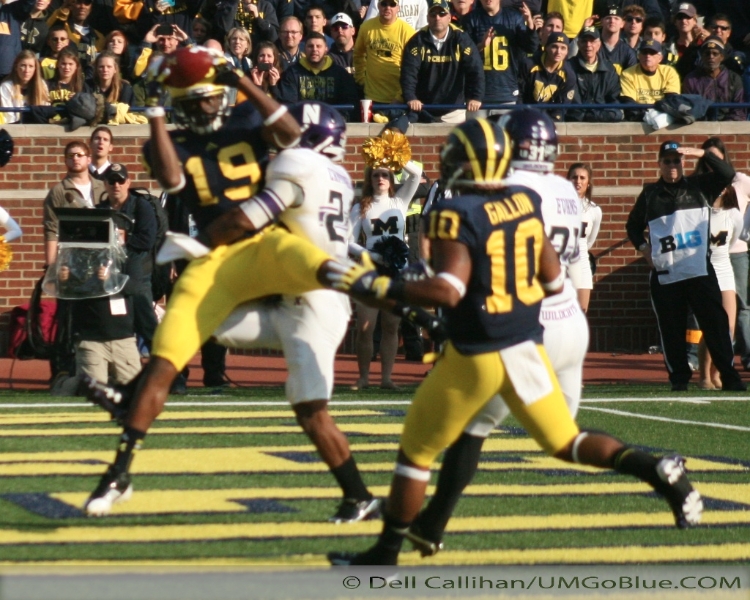 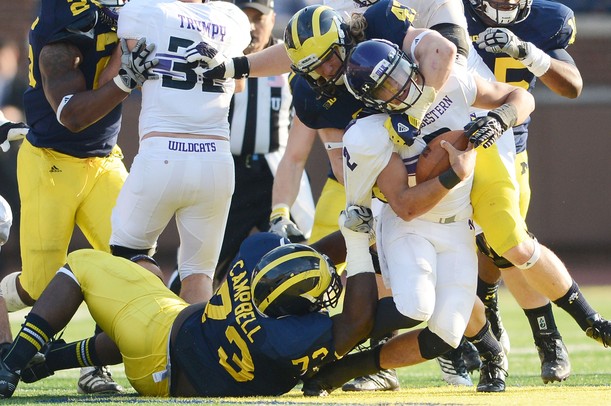 That's DT Will Campbell, who is a svelte 308 lbs of Kain Colter-crushing man, fighting for the good guys.

The Campbells were not done. Tim Dobbins just had to do a little work so that Jason Campbell could get involved. 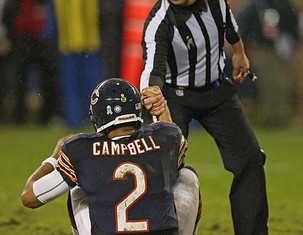 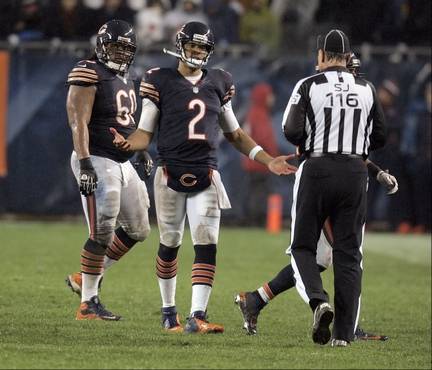 Regular season games, dating back to last season, in which Arian Foster has scored a TD.

NFL record for most consecutive games with a TD, held by LaDainian Tomlinson and Lenny Moore.

100-yard rushing performances by Arian Foster in his career, which is as many as all other Texans running backs combined.

Days, as of this writing, since Jim Irsay lied to me.

Days, as of this writing, until I elaborate on why Jim Irsay is a liar.

Rushing yards needed by Arian Foster to reach 4,000 for his career.

Now, To Make Some Friends, MDC-Style.

I assume that there were a few of you who, while reading the intro above, were positively giddy about getting to the comments to make some snide joke about how the Big Ten sucks. You're such a cut-up, Hypothetical Person!

Thing is, if you are a fan of a Big 12 team, you might want to hold off on that comment for just a sec. Because, well, unless we counting beating up on your own conference, the Big 12 ain't exactly impressive this year. Consider:

-The Big 12 has played exactly one out-of-conference ranked (at the time of the game) opponent, which was OU's loss to Notre Dame. The Big Ten has played five (three against ND, one against Alabama, one against Boise State). 1-4 is no great shakes, but it's better than 0-1. (And, if we just subtract Notre Dame from the whole comparison, it becomes 1-1 vs. hasn't played anyone.)

-The Big Ten has seven out-of-conference wins against bowl-eligible teams. The Big 12? Four.

I won't pretend like the Big Ten doesn't have flaws. Certainly, it does, especially if you are accustomed to watching video-game scoring and horrid defense. In that case, the Big 12 can be highly entertaining, much the same way that newborns find shiny objects and bright colors to be amazing.[2] But there's a world of difference between "highly entertaining" and "better." Let's not pretend otherwise.

Games with at least 15 carries in which Matt Forte had fewer rushing yards than he had on Sunday night.

Rushing TDs allowed by the Texans in 2012, which no other team can claim.

Points allowed by the Texans in 2012, third-best in the league behind the Bears (133) and the 49ers (127). Of course, considering the previous stat, you can draw your own conclusions about which team is most impressive among the three. (Hint: It's the Texans.)

Combined record of the Texans' remaining opponents (if you count Indianapolis, which is owned by a liar, twice).

Jacksonville's average margin of defeat in the three games since Maurice Jones-Drew got hurt. 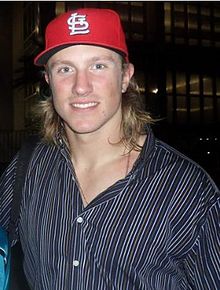 Someone -- a person I am far too lazy to look up for purposes of giving credit where it is due -- mentioned in the comments over the weekend that he does . . . something (seriously, I probably should have looked this up) for every game, just for good luck. Now, considering I'm on record as thinking that my very watching of a Texans game in person can cause them to lose, it should come as no surprise to hear that I generally do the same thing before and during every game.

There are some exceptions to these, of course. When I'm out of town, I don't do the game threads, and I never wear a jersey to games at Reliant (opting for a polo instead, because I'm, like, classy? Something like that.). But, overall, these are pretty hard-and-fast rules.

Is this absurd? On some level, sure. But it's like Crash Davis said:

More to the point: don't f#ck with a winning streak! I know I'm not alone in this brand of my own insanity, so let's hear your must-dos in the comments, people.

Games this season in which Jacksonville has lost by 14 or more points. 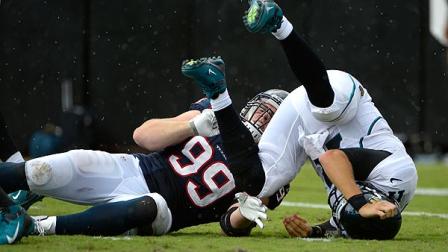 Passes that Andre Johnson caught in the first 10:30 minutes of the game against the Bears.

Passes that Andre Johnson caught after that point.

Points that the Tennessee Titans are on pace to allow in 2012. They allowed 317 last year. With a little luck, they could challenge the 1981 Colts (533) for the most points allowed in an NFL season. Which would be hilarious. Because, honestly, isn't Music City Miracles the worst thing you've ever seen online that didn't involve goatse or lemon parties or Rebecca Black?

If I Were Writing CSS For Antonio Smith.

Filed Under "Yeah, So That's A Thing." 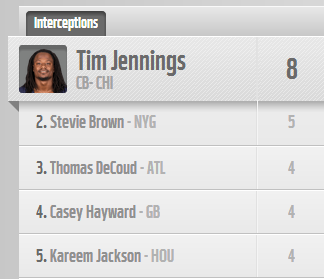 Much like the decision to name your daughter "Marijuana Pepsi," Mike Smith's decision to kick a field goal from the New Orleans 2-yard line, with Atlanta trailing by four and roughly nine minutes left in the game was positively baffling. Oh, sure, you cut the lead to one. You also give New Orleans the ball, on average, around the 22-yard line on the ensuing kickoff.

If you go for it and fail, however, you give New Orleans the ball 98 yards away from their goal line. If you stop them any point between there and the endzone, you're only down a touchdown at worst. And, generally speaking, the value of the opponent's field position following the kickoff is going to be one point or more, meaning that you are netting only two points with the FG, while going for it and failing would still be worth nearly a point to you.

WhiskeyR suggested on Twitter that I cover smoked turkey for BBQU this week. I would, except I've never actually cooked one. I've had smoked turkey a couple times, and I've never been a huge fan. For my money, a deep-fried turkey or even a turkey roasted in the oven and basted in bacon grease is far superior. For that reason, along with the fact that I want to post this and head to bed, we'll return with BBQU next week. Probably.

[I've decided that I couldn't live with myself if I skipped out on BBQU this week. So, what the heck, let's do one of my favorite, if not exactly common outside the region, forms of beef: Santa Maria tri-tip.]

Full disclosure: this method of cooking tri-tip is not technically BBQ because of the time spent at searing heat. Still, there's also some low-and-slow, so we'll count it. Also, I tend to season my tri-tip more heavily than you'll actually find in Santa Maria, but that's a personal preference for those stronger flavors.

Tri-tip is a vaguely triangular muscle from the bottom of the sirloin, and, if you want to get technical and geeky, it's the tensor fasciae latae muscle of the cow. 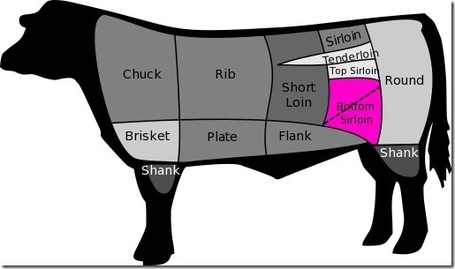 Assuming you can find it -- you may have to have your butcher order it for you -- it's a nice replacement for brisket when you don't have the time or inclination to do a brisket. Traditionally, in Santa Maria, the tri-tip is served thinly sliced on a bun with pico de gallo and pinquito beans. It's generally not sauced, and it's almost always served medium rare. Think of it, flavor-wise, as a cross between brisket and prime rib.

Make a rub out of salt, pepper, granulated garlic, and chili powder in equal parts. (Optional: add onion powder at a ratio of half whatever your amount for the granulated garlic was.) Recalling that there are subtle flavors in black pepper that are fat soluble, brush the tri-tip with canola oil and generously apply your rub. Let the meat sit on the counter until it is close to room temperature.

For your fire, there are two options. You can either set up a grill so that one side is 400+ and one is in the 225 area, or you can get a grill nice and hot and fire up your smoker for the 225 heat. I prefer the latter approach.

Put the meat on the 225 heat and let it cook for 20 minutes. At the 20-minute mark, insert your trusty meat thermometer in the thick end and turn the meat once.

When the internal temp of the thick end reads 110, transfer the tri-tip to the much higher heat. (I will generally get my grill up around 600 for this part, but that will be impossible if you're doing two-zone cooking on a single grill.) Sear the tri-tip for 5-8 minutes per side, pulling it off when it hits 130 internal. Let it rest for at least 10 (preferably 15) minutes before slicing.

To cut the tri-tip, separate the thick end from the thinner end and slice both on a bias. Then eat it.

Thursday evening, I'm leaving for Orlando, FL. I won't be back until Wednesday of next week. In theory, I might be able to squeeze in a 2DH prior to the Thanksgiving game, but I doubt it will actually happen. So, my tentative plan is to do a 2DH on Friday, encapsulating both the curbstomping of the Jags as well as whatever happens on Turkey Day.

Texans to the rest of the NFL: "How my ass taste?"

grungedave, after I referred to Jason Campbell as my shitty cousin:

I think it's more politically correct to just call him "black," Matt.

Rivers, after a Kubiak-called run on third and long following a timeout:

Kubiak needed a timeout there to decide which direction the draw was going in.

[1] The 2DH: Come for the inanity, stay for the random references to Scottish history!

[2] Or, if you prefer, how a Titans fan is amazed by videos of their sisters and dads cooking meth together while buck naked.