I am a big fan of Robert Griffin III (aka Bobby Digital, aka RG3sus, aka RGThrilling).

That said, I'm watching this game as much for some of the names on defense as on the teams' offenses. Jason Pierre-Paul, while nowhere near J.J. Watt as an all-around player, is a joy to watch. Justin Tuck is a monster. Ryan Kerrigan is uber-gritty. And Reed Doughty featured prominently in one of the greatest photos in Texans history. 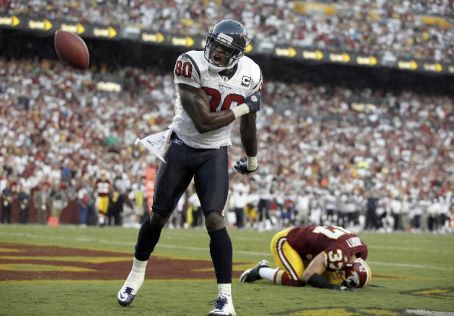 This is your open thread to discuss tonight's NFL contest. It can double as a place to discuss the greatness of Andre Johnson, because there's simply no bad place to have that conversation.

BTW--Your Texans are 11-1. Just thought I'd mention that again.