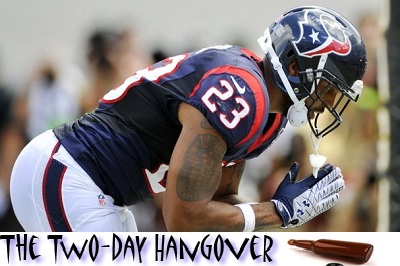 I'm not gonna lie: it bothers me a lot.

So much so that I think about it more than any reasonable person probably should. I'm actually prone to randomly subjecting friends and family members to my stream-of-consciousness rants about the issue, especially when I've been drinking (which is to say, often). It's the eternal question, hanging around in the same recesses of my brain that store my senior year locker combination (17-22-8) and meticulously cataloged indices of the best foods I've ever eaten.

Why do deer and deer-like animals have the same form for singular and plural?

Think about it: deer, antelope, moose, elk, caribou, bison, buffalo1, impala, sheep . . . all are the same in the singular and plural. Why? What is it about certain horned mammals, most of whom are in the family Cervidae, that makes them different?2. And, if we're going that route with these animals, why aren't gazelles and oxen treated the same? (It can't be because gazelles and oxen are part of the family Bovidae, as that family includes bison and buffalo.)

A Google search doesn't turn up much explanation; it only notes that these plurals are irregular. As if we couldn't tell that much already. My guess is that it has something to do with the etymology of the names, but that seems like a silly answer. Even if the root words that formed something like "antelope" were from a language that made the singular and plural the same, it doesn't mean that we have to keep doing that. (Same thing goes for the Latin convention of never ending a sentence with a preposition, actually.)

Whatever the reason, I'm sick of it. From here on out, I'm all deers and elks and meese. Join me in the revolution!

Total minutes of game time that the Houston Texans' defense went in 2012 before allowing a TD.

Yards per game allowed by the Texans in 2012, best in the NFL.

Points per game officially allowed by the Texans' defense in 2012, best in the NFL.

Points per game actually allowed by the Texans' defense once you remove the Dolphins' punt-return TD from the equation.

Number of third downs (out of 19) that the Texans' defense has allowed opponents to convert.

My Feenga In Da Sky So Much I Got Araseddfasdfis Now.

Sacks by Mario Williams in 2012. This bodes poorly for my bet with Tim that Mario would notch at least 18 if he stayed healthy for 15 games.

Approximate number of games at his current pace (10.5 yards/game) that Chris Johnson would need just to match Arian Foster's total from Sunday.

Number of players who have ever rushed for more yards in a Texans jersey than Arian Foster (3,286). He broke the old record on a 9-yard run on first-and-10 early in the second quarter. (Coincidentally, that 9-yard run was longer than any run Chris Johnson has had this season. Justin Forsett has a 14-yard run this season, that is double Johnson's longest carry.)

Career rushing yards for Ben Tate. He hit 1,000 yards in exactly the same number of games (17) as Arian Foster.

Number of career receptions needed by Arian Foster to pass Domanick Davis Williams (154) for first in that category among Texans RBs. Foster (1,347) already has the top spot in career receiving yards for a RB.

Career yards from scrimmage through 37 games for Arian Foster. For comparison, the all-time leader among RBs in this category, Emmitt Smith, had 3,545 through his first 37 games. The overall leader, Jerry Rice, had 2,029. Everyone's archetype all-purpose back, Marshall Faulk, had 3,721.

Through the week, I email myself ideas for possible inclusion in the 2DH posts. They generally take the form of a hastily written note sent from my phone, usually late at night [read: when I am drunk]. Occasionally, I'll find these notes at a later date and not be entirely sure what I was talking about. For instance, this one:

That's it. I was momentarily baffled. Thankfully, it became self-explanatory once I looked back at Florida State's logo;

Consecutive days, as of this writing, that the Texans have had at least a share of first place in the AFC South. Yes, I'm counting days between the end of the 2011 season and the start of the 2012 season. Why? Well, did anyone pass the Texans? No? Then that's why.

Career fumbles recovered by Brian Cushing. I found this both surprising and bizarre.

One of the best parts of BBQ in America is the regional differences. Yet, sadly, many people are wholly unfamiliar with these regional styles. This season, the 2DH is going to feature a different BBQ region and a recipe from that region. This week: Kansas City

Until I was 15 or 16, Kansas City BBQ was all I knew. I spent most of my formative years either in KC or in SW Missouri, and the BBQ that my dad prepared was closer to KC-style than any other region. A Texan waking up in KC and heading out to try the local Q would find that the meat, especially the beef, is not terribly different from what you find in the Lone Star State. Brisket is huge in KC, due to the area's long and storied history as a crossroads of cattle shipping and railroads. (The American Royal rodeo --- one of the largest BBQ cookoffs in the world --- still occurs down in the old stockyards district of the city.) Burnt ends are everywhere. Beef ribs are fairly common. (And the steaks...oh my god, the steaks.... Seriously, if you've never eaten at the Majestic, you've lived a trite and meaningless existence.)

Similar to Texas, most BBQ cooks in KC season their briskets with a simple combination of salt, pepper, garlic, and possibly chili powder. The main difference, really, between the two areas when it comes to beef is the wood: whereas brisket and mesquite are de rigueur in Texas, hickory is far and away the most common wood for all BBQed meats in the 816.

If it's pig you crave --- not in that way, Aggie fans --- your best bet in KC is ribs. Pork shoulder exists, but it's nearly always served sliced, rather than pulled, and that's just lazy cooking right there. I can't abide sliced pork.

Aside from the wood differences, the thing most distinct thing that outsiders notice about Kansas City BBQ as opposed to other famous regional varieties is the sweetness of the sauce. It's true: KC sauce is very sweet, generally deriving sweetness from a combination of molasses and brown sugar (though some people use caramelized onion for sweetness, which is always kind of cool). But that misses something bigger about Kansas City sauces: they are very complex in their flavor profile. Most will bring spiciness from a couple sources (say black pepper and hot sauce) and they will use any one of a wide variety of acids, rather than the common cider (or white) vinegar in other regions. Until recently, many places also regrettably used Liquid Smoke in their sauces, which is an affront to God, but there seems to be a movement away from that lately.

Due to the overwhelming nature of the sauces, KC-style is never going to appeal to true Texas BBQ purists. I understand that. As I've grown up and moved away from Missouri, I've certainly lost a lot of my taste for the more well-known sauces, and I've reached a point where I can honestly say that I hate sweet, heavy sauce on sliced brisket. That said, you'll never convince me that KC-style BBQ doesn't have some enjoyable qualities, and I think this burnt end recipe is a good example.

For the sauce, you'll need:

In a medium sauce pan, melt the butter and add the onion, salt, pepper, tamarind paste, and chili powder. Cook, stirring often, until the onion is translucent. Add the garlic, cook until it just starts to brown, about 1 minute. Do not let the garlic burn. Add the remaining ingredients and simmer over medium-low heat without lid for about 20 minutes. Taste. Adjust flavors accordingly (you might prefer a little more salt, though be careful to account for the salt in your rub). Remove from heat and let cool. It will thicken appreciably as it cools. You can strain out the floating bits of onion/garlic, use an immersion blender on them (my preference), or just leave them in. Up to you.

To make the burnt ends:

Separate the point from the flat of a BBQed brisket. Remove most of the fat from the flat/point border, but don't worry about getting all of it. Chop the point into 1 to 1 1/2 inch cubes and put into a pot. Add BBQ sauce (about 1/2 c. of sauce to 1 c. of brisket). Over medium-high heat, stirring constantly, cook until the sauce begins to caramelize on the sides of the pot. Remove from heat. Enjoy.

Number of consecutive regular season games that the Texans would have to win to get the franchise's record back to .500 overall.

Points per game scored by Jacksonville against the Texans since the start of the 2010 season. The Texans have scored 25.8 points in those games.

How Much Would You Take For That Milkman?

Given age, size, position, and contract, who (if anyone) would you trade J.J. Watt for? I think we'd have to exclude QBs. Otherwise, Cam, Luck, and RG3.

Off the top of my head, the only people I came up with were Jason Pierre-Paul and Jimmy Graham, and I wasn't absolutely sure I'd make the deal as to either. Rivers later pointed out that Graham is already 26, while Watt is 23, so that certainly changes the calculus a bit as well. Rivers' list was the three QBs that Dave listed, plus Julio Jones, A.J. Green, Earl Thomas, and Patrick Peterson. (Personally, I don't think you can sell me on the idea of trading Watt for a safety short of Ed Reed, circa 2002, but it's an interesting argument.)

TXT MSGS Of The Week

[J.J. Watt] is the Mutombo of the NFL. I want him to do the finger wag.

I actually sent this text to grungedave at 12:26pm, less than thirty minutes before this:

My favorite phrase today, "Gabbert back to throw."

Chris Johnson's grandma died. I wonder if she at least fell forward when she dropped.

1 Relatedly, I get really irked when people refer to the University of Colorado as "The Buffaloes." Sure, it's a form that is sort of recognized, albeit an inferior one. Which . . . now that I think about it, perfectly encapsulates Colorado football. Carry on.

2 Yes, I know most species of fish are pluralized similarly. I don't care. I don't think about fish. Get off my back, Nemo.