Whether you are looking for information about television coverage, betting lines, injuries of note, or reasons to hate the Titans, The Pregame has you covered. It's like a roadmap of everything that is important. 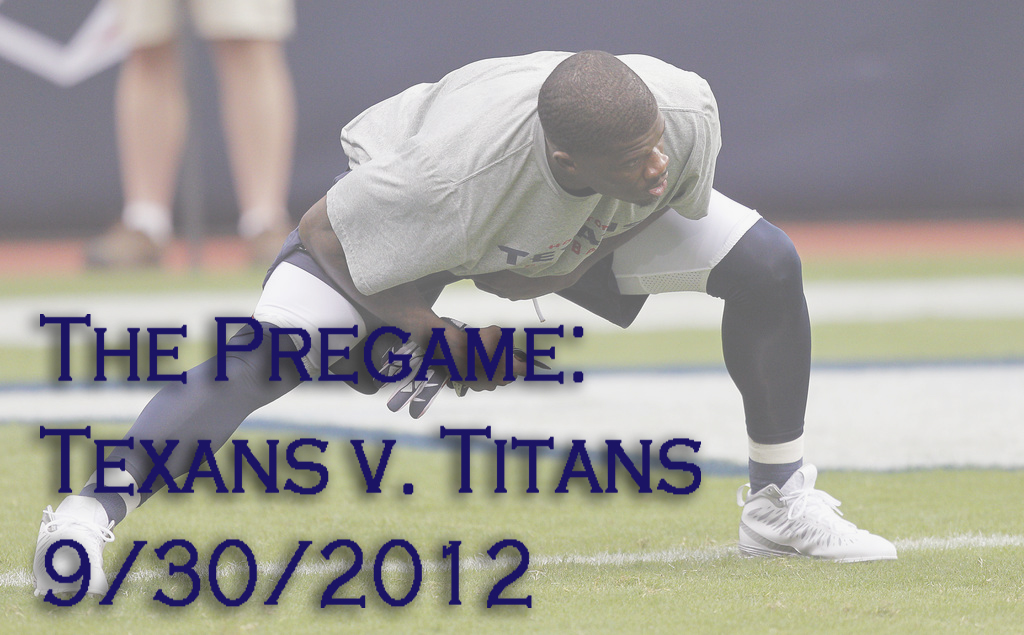 I suppose there are fans of the Tennessee Titans that don't immediately engender a desire to punch them in their stupid, incisor-lacking faces. That's entirely possible, and, if you claimed to have met one, I wouldn't necessarily doubt you. (I would question why you were apparently hanging around meth labs, but that's only because I care about your well-being.)

So, should you happen upon a Titans fan in the next 48 hours or so, don't waste time trying to figure out if he or she is not an awful person. Just assume that to be the case, and hate accordingly. Be one with the hate. Feel the hate flow through you.

1. Bud Adams, Still Not Dead. Seriously, even Al Davis had the common courtesy to finally die. Yet there sits Kenneth Stanley Adams, Jr., still alive, rocking his Homeless George Jones haircut, flipping people off all willy-nilly from the owner's box, and just generally continuing to be a pox on humanity. What a dick.

2. Bud's Home For Wayward Jagoffs. This is a team that has previously paid world-class jackholes like Albert Haynesworth and Cortland Finnegan. I'm fairly confident that Fat Albert's own mother hates him (assuming he hasn't already eaten her), and Cortland Finnegan managed to get the nicest man in the NFL to beat him like a redheaded stepchild.

3. That Whole Oilers Thing. Hey, remember when Bud Adams got the city of Houston to pony up $67M in 1987 to renovate the Astrodome under threat that he'd move the Oilers to Jacksonville if they did not, only to demand a shiny new stadium less than eight years later? Then remember how, when Mayor Bob Lanier told Adams to pound sand, Adams snuck around and negotiated with the mayor of Nashville? And remember how Adams moved the Oilers to Memphis a year early because he whined to the league that -- shocker! -- the people of Houston weren't real thrilled about coming out to watch a middling Oilers team that was going to leave?

There once was a back they called Cop Speed
Who was uncatchable when he hit top speed
He held out for more duckets
Got paid and said "f*ck it"
Now he gets one yard per carry, guaranteed!

THREE OF THESE STATEMENTS ABOUT TENNESSEE ARE TRUE.

1. In Fayette County, it is illegal to have more than five inoperable vehicles on your property.

2. In Memphis, panhandlers must purchase a $10 permit before they can beg.

3. The KKK was founded in Pulaski, Tennessee, in 1865 by six college students (all former Confederate officers).

4. The name "Tennessee" is derived from an old Algonquin word that meant, "Get a load of these toothless hillbillies."

BEST QUOTE BY SOMEONE FROM TENNESSEE.

"You may all go to Hell, and I will go to Texas." -Davy Crockett, to the people of his district after his re-election bid failed 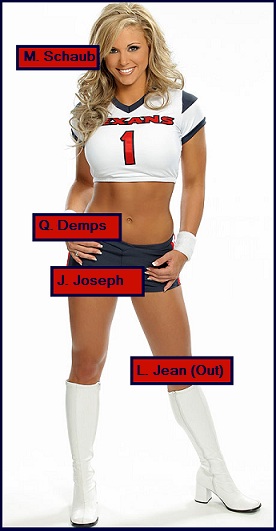 Matt Schaub (Ear). You think losing a chunk of ear is enough to keep Matt Schaub out of this game? Otolaryngologist, please!

Quintin Demps (Phalange). He's been demoted to fifth-string in his competitive video game league until the cast comes off, but he's still going to play his usual snaps in real life.

Johnathan Joseph (Groin). I hate the word "groin." My money is on JJo playing, mainly because you don't need a fully functional groin to defend passes from Jake Locker.

Lestar Jean (Leg Hinge). Battlin' Lestar Gallactica is out for Sunday's game. Whether this impacts his Hall of Fame credentials remains to be seen.

Titans WR Kenny Britt (Due To Be Arrested) - Questionable.

Titans RB Javon Ringer (Confusion As To Why He's Not Starting) - Probable.