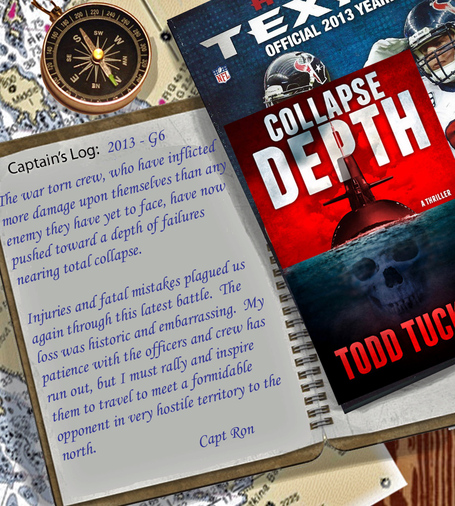 I ah...I just don't know folks. We may indeed be seeing the end of an era here at this point. I hate to lead with that, but I honestly don't know that I have seen such a talented collection of players with realistically high expectations collapse this bad. At least not since the Eagles did it with "Dream Team 1.0", and they went 8-8 that year and 4-12 the next year. Of course then their coach Andy Reid gets fired. He headed off to Kansas City and has that team undefeated and ranked number 2 in the NFL power rankings just behind the Denver Broncos. A Chiefs team that the Texans face next week.

The Texans' season is far from over, but it is on the verge of collapse if they get blown out next week. That would represent a five game losing streak after two come from behind "nail biters" to open the season. The bye week might be filled with the type of sweeping changes that some have been calling for, but that doesn't leave much hope for the team making a playoff run. They really need to win this next game or it could be the bitter end for some in the organization.

All "shock and blah" aside, this team needs leadership on and off the field. They simply are not prepared each week, and they are making incredibly bad mistakes that are costing them games. It really comes down to too many turnovers, too many penalties and a lack of scoring on offense (more on that later in this thread). The defense is only allowing an average of 15.8 points per game, but needs to stiffen up and stop drives, especially in the red zone.

Statistically speaking, the odds are stacked against them, but if they can turn things around they can still make a run and win this division. At this point, just getting their next win should be a high enough goal. It will be quite a challenge on the road in Kansas City. If they don't blow off their own legs, they at least have a chance. Then again, we don't even know who the starting QB will be at this point.

Hanging by a thread.....Go Texans!

The Colts lost to San Diego and did not play well at all. Next up is a visit from the Broncos, and then they travel to Houston after the bye week. There is a glimmer of hope remaining that the Texans could close this gap and tie for first place in the AFC South if the Colts fall to Denver and Houston beats KC. Yeah, yeah...I know.

The Titans lost to the Seahawks, and now host the 49ers in Nashville. After the bye week, they head on the road to play the Rams. They are 3-3 and in 2nd place in the AFC South.

The Jaguars lost to the Broncos, and remain without a win this season, but they at least showed that Denver's defense is indeed vulnerable. They will next host San Diego and then San Francisco before they get a bye week.

Just look at the stats! If you told someone that the Texans led time of possession with 35 minutes, produced 420 net yards, only allowed 216 yards, had a running back produce 198 yards from scrimmage, completed 27 of 38 passes while limiting the other team to 12 of 16 pass attempts, there is no way you could convince them the Texans would lose that game. Never mind convincing them they would lose 38-13 at home. It's the same story every week. Turnovers and penalties. Plain and simple.

Everyone not named Arian Foster is in the brig this week. What a complete collapse! Bob McNair needs to get someone in that locker room to get this whole organization back on track. They could use a motivational speaker, even one who lives in a van down by the river. ANYTHING to snap these guys out of it.

Just to point out the mistakes that really destroyed the Texans in this last game: 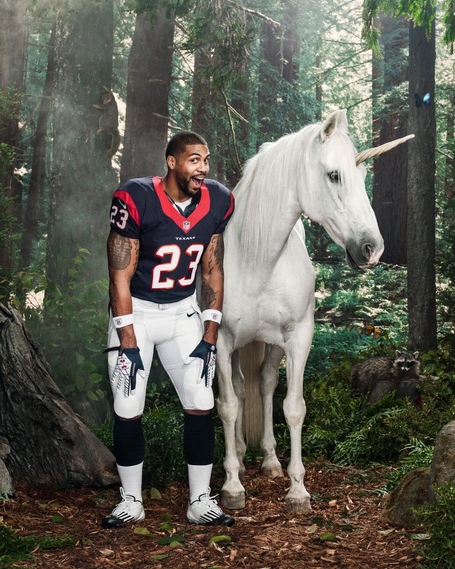 Arian Foster racked up 98 yards rushing in the first half. He finished the day with 141 rushing yards, and 57 receiving yards, totaling 198 yards from scrimmage. He did his part in this game.

There's STILL nothing to celebrate again obviously, and I'm tired of saying that each week. We do have to eat. Let's go below decks and see what's cooking... 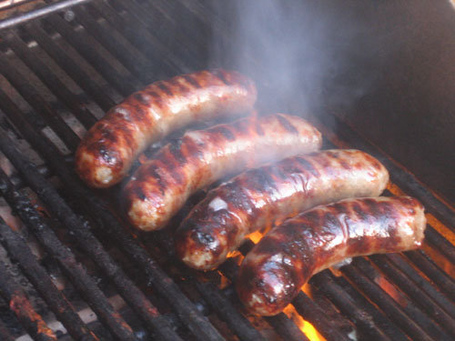 Combine the beer, caraway, coriander, mustard seeds, onions, garlic and ginger in a large stockpot. Then, add the bratwurst. Place the pot on the grates of the grill and bring to a simmer. Simmer the sausages until half-cooked, about 5 minutes. Remove the pan from the grill and let the bratwurst sit in the liquid for 30 minutes. Transfer the brats to a platter or cutting board and strain the liquid into a bowl, discard the solids.

Brush the sausages with canola oil and grill until the casings are crisp and golden brown and the sausages are cooked through, 4 to 6 minutes per side. Keep warm until serving.

Total yards from scrimmage for Arian Foster in the game against the Rams, where he also broke through the 5K barrier with 5,052 career rushing yards. He also has 1,714 career receiving yards. Well done, Arian!

Rushing Touchdown and Receiving Touchdown THIS SEASON for Arian Foster, for a total of two touchdowns in six games. Again, this offense is dead in the water when it comes to scoring FOR the Texans.

Penalties in six games by the Houston Texans. This is an area needing immediate improvement if they have any hopes of turning this season around.

Ratio of turnovers in six games. That is from 11 interceptions and 4 fumbles lost, and only taking 2 interceptions and 1 fumble from their opponents. This is the single highest variable to correlate in losing football games in the NFL.

Points scored against the Texans this season as a result of turnovers or poor special teams:

Chargers: 7
Interception resulting in a TD (the very next play inside the 14 yard line) = 7

The estimated collapse "crush" depth (in feet) of a modern nuclear attack submarine. Let's hope the Texans don't reach their collapse depth this week in KC.

"So the combination is... one, two, three, four, five? That's the stupidest combination I've ever heard in my life! That's the kind of thing an idiot would have on his luggage!"

The Texans travel to Kansas City to play the undefeated Chiefs next Sunday October 20th at 3:25PM CDT.

Who do you think will be the starting QB for the Texans?

Let the mayhem over that topic rage on below....