Comes from the American Southwest slang phrase "to break bad," meaning to challenge conventions, to defy authority and to skirt the edges of the law.
"What, you just decided to break bad one day?"

The smell of plastic and leather fills the air as the equipment lockers fly open deep within the storage complex of Reliant Stadium. In the team locker room, player name plates are tapped into place and small combination safes within each locker are reset awaiting their new resident's personal programming. A few overhead lights are replaced, and the showers are given one last wipe down before inspection. This chamber, the sacred home of valiant gridiron warriors called Houston Texans, will be filled once again with the echoes of coaches and players for another season. Will there be shouts of victory or curses of defeat?

Unfortunately, this locker room "laboratory" has been filled with broken beakers and the floor covered with blood for the first six weeks of this season. The outcomes have not come anywhere near the expectations each week, with so many careless mistakes leading to absolute disaster. Will this continue or will the formula finally change?

Considering the Synthesis of a Football Team...

"A synthesis reaction, or direct combination reaction, is a type of chemical reaction in which two or more simple substances combine to form a more complex product."

Let's set aside all the stats, all the best laid plans, all the expectations, the hopes and concerns. Let us consider the chemistry needed to forge a team of 53 players and a dozen coaches who will bleed and sweat together over the course of an NFL season.

The Elements and the Lab

Owner Bob McNair and Rick Smith have done an excellent job of carefully selecting the right elements that are all compatible within this roster for great success. Avoiding any players with character issues that could disrupt, or even destroy, the team's unity has been a solid blueprint for the Texans. The balancing act of attracting and acquiring skilled players with high integrity and a love for the game has provided the coaches, chemists if you will, with the highest quality elements to synthesize a championship team. So why does it appear that the results continue to evade them?

The Formulas and Chemists

In order to produce the expected "complex product", there must be a formula designed, tested and adjusted with particular attention to controlling variables along the way. Expanding upon previously successful equations is a sound means to advance new formulas. This of course is what the Texans organization did when they brought in Coach Kubiak to implement the west coast system popularized by Bill Walsh decades ago. As the Head Coach, he is held to a standard to adjust that system as necessary to achieve the outcomes expected, even demanded, by the owner and fans who fund the very existence of the franchise.

Kubiak does this through another veteran chemist of that system in Coach Rick Dennison for the offense. On the other side of the lab, the defense is directed by Coach Wade Phillips, with a great reputation for his defensive schemes. Their various lab assistants conduct the experiments each week in preparation to install the updated formulas under the watchful eyes of these three football chemists and masterminds. But the question is, are they pushing the formulas and making adjustments to succeed? Are they collecting the necessary data? Have they been able to consider published results of other successful chemists in this field of football and attempted to adapt some of those formulas to their "cook book" on game day? Has the lab become contaminated in some way? Have any of the key elements (players) decayed more rapidly than expected? Are they stubbornly applying the same methodologies with players that are perhaps inappropriate for the formula being used?

It is safe to assume that any expectations of this team reaching that championship goal set before the season are very much at risk, but not completely lost. One of the key elements needed is a highly effective QB, and clean execution by all players who take the field. The QB conundrum boils on with fans already adjusting their view toward future prospects and future seasons. Some have also fairly questioned if the head coach has reached his peak in this lab experiment, and to what degree changes in that area are possible for future success.

For the most part, this team is well stocked with the right elements. Improving execution by all would go a long way toward remedy. The QB and head coach variables will certainly be topics of discussion for weeks to come. Meanwhile the Texans have two significant changes underway for tomorrow's game that could provide the catalyst for success.

The Catalysts and Adjustments 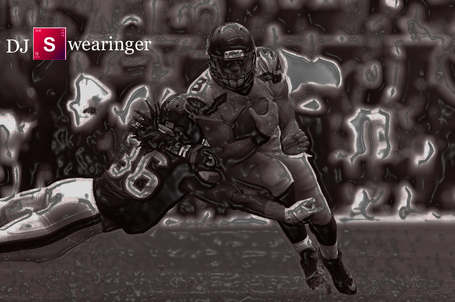 One of the great strengths of Wade's approach has been to adjust his scheme to enhance the characteristics of his players' strengths and not force them unnaturally into a fixed system. This has been obvious with the results of J.J. Watt and Brian Cushing, who both lead the way in their respective roles that appear to be symbiotic with each other. Starting DJ Swearinger in place of injured Danieal Manning "should" be more than just a depth response. Wade is likely tweaking the unit to exploit his strengths as a player, while providing just enough masking of any weaknesses, mostly due to lack of experience, by overlapping with Ed Reed, Brian Cushing, J. Joseph and Kareem Jackson. This is a bold move during a desperate time for the team to produce results, and I love it!

I also think the loss of Wade's dad Bum Phillips yesterday will inspire the defense to play at a high level in an effort to show their respect for a great legend, and for their coach during this emotional weekend.

"Yeah, there was a lot of discussion about that. We play a lot of personnel’s defensively. Nowadays in football, you’ll play dime more than you’ll play base. We made a decision we’re going to start D.J. in base. He’s a physical player, a box player. We’re sitting here talking about Case (Keenum) a lot, but there’s a lot on D.J.’s plate this week too. In theory, this is his first start as a pro. Some young guys going there that need to play well for us to be successful/"

Kubiak (on how SS D.J. Swearinger reacted to being named the starter): 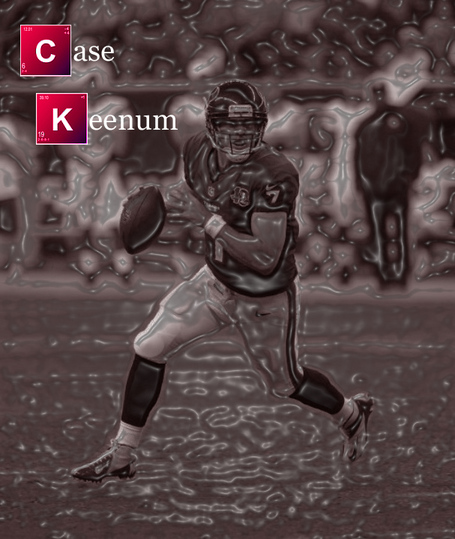 Kubiak had many of us stressed out as this week of practice started when he suggested that he would split practice reps between TJ Yates and Case Keenum. That would have literally been a "half measure" attempt that would surely have led to disaster. Whichever QB would get the start would have been at great disadvantage in not getting as many reps as possible with the starters. TJ had the opportunity to show something last week when he went in for an injured Matt Schaub, but two interceptions in the red zone and a game ending fumble didn't provide the best resume to keep him at the helm. Then, thankfully, later this week Kubiak announced Case would be starting against the Chiefs. Good! No more half measures!

How will the offense respond though, and with which game plan? Will a conservative formula of keeping young QB Case Keenum "limited in risk" work for the Texans? Can the running game succeed enough to avoid "needing" Case to make plays for a win? If the defense can do their part at keeping Alex Smith and Jamaal Charles limited, and the Texans running game is productive, then this formula could certainly work. Given the history of Kubiak's conservative approaches, like the way he installed TJ Yates in 2011, this is probably what they have in mind. I hope not.

How many games can the Texans win with that formula though? Can they even win this next game like that? I put the odds at less than 40%, and they would have to play "perfect" mistake free in all phases. This could be the equivalent of the main character in AMC's recent hit series Breaking Bad, Walter White, just accepting his fate and continuing to teach high school chemistry until his lung cancer drags him coughing and choking into an early grave. It would have been a boring show with a terrible and predictable ending of defeat.

I would prefer to see them come out and lean slightly more aggressive with Keenum initially unleashing some deep passes to get that Chiefs defense to back off and stay honest. Then they can run the ball down their throat, mix in some bootlegs, and seek that "balance" they always talk about. At the very least, the Texans need to avoid blowing off their own legs like in previous weeks with brain dead mistakes by all units. Turnovers and penalties need to be avoided at all costs. What's the point of putting in Keenum if you are going to strap a governor to him and sleep walk the game? Maybe Kubiak is taking necessary risks to inspire the team. The Texans are low on chips in this "Hold 'Em" tournament and the poker blinds are going up each game. At some point, you have to gamble or you get bled out and sent packing.

Kubiak (on the one best piece of advice he’s given to QB Case Keenum):

"You know, I don’t know if there’s one thing. I just want him to go play and have fun. That’s what you have to do. He wouldn’t be in this position if he hasn’t reacted and done great things in his high school, in his college. He would have never made it this far. I don’t want him to do anything different. I want him to cut it loose and play with energy. He’s going to make mistakes, but go to the next play. Let’s play hard and let’s see if we can make more plays than them. I just want the kid to cut it loose. He’s earned the right. He’s worked hard."

Cushing (on QB Case Keenum bringing a spark and if he sees that during practice):

"Yeah, I think so. Case is young and he runs around a lot. He’s got a really good attitude about him. I think he brings a little bit of a spark. He runs a lot more than the other quarterbacks, but, like I said, he’s got a great attitude, he goes out there and he loves playing football. We can see that spark, for sure."

Ed Reed (on if he has seen the spark that Coach Kubiak said he was looking for):

"I think the whole week has been a spark from an energy standpoint, from a positive standpoint in how we attacked the whole week. Case, he’s a young guy, going in to play quarterback. I don’t know how much of a spark he can give you by thinking about it, but I have the confidence in him. I know the team does. I know he has the confidence in himself."

Keenum and Swearinger could be just the right elements to provide the necessary spark to ignite this team into an exothermic reaction for this game, and perhaps even the season. What formula will the master chemists utilize to enhance that spark? The Texans are backed into a corner now and it's time to be bold, to rise up and push back, to take chances and let it fly. Even if it ends in complete spectacular disaster, at least it will be fun to watch if they really battle it out on the field. Kubiak needs to be Heisenberg. Take the shot! Spark it! Break Bad and challenge conventional thinking!