It's very rare that we get to see three different quarterbacks play over the course of back-to-back games. Take a look at one reader's efforts in comparing those three quarterbacks in chart form.

Through seven games of the season, we've seen three quarterbacks for your Houston Texans give it their all for at least two quarters. One of Battle Red Blog's readers, Dan, e-mailed me the charting he did for each of their performances. I've pasted his work and added their stats below. Take a look at how Matt Schaub, T.J. Yates, and Case Keenum stacked up against each other these past two weeks. 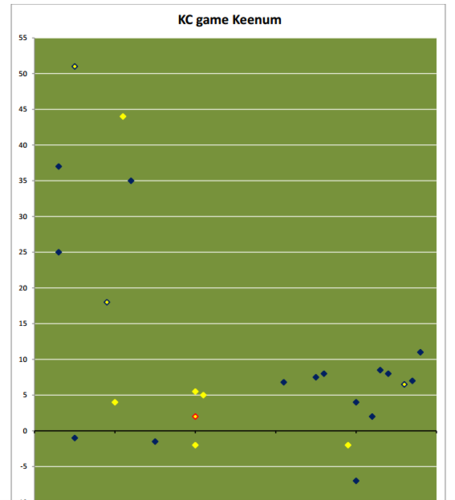 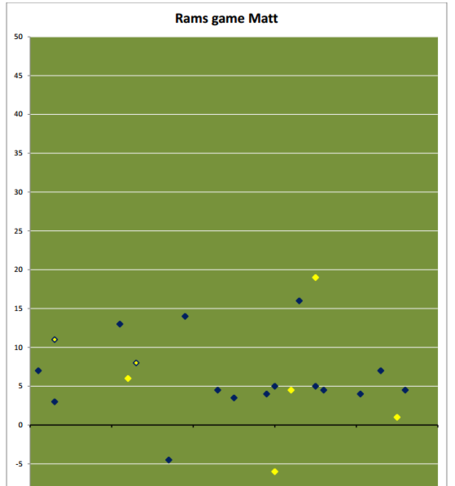 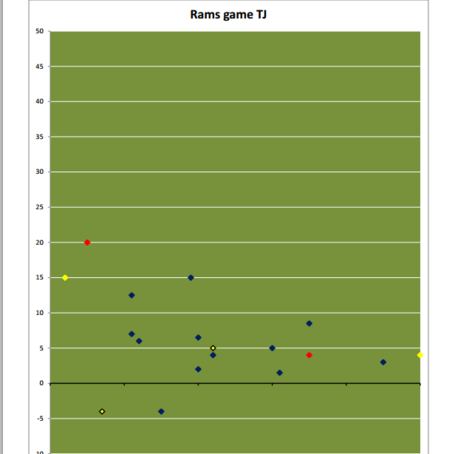 There you have it. This comparison is probably the least fair for Yates, who's had the least amount of time to prepare for a game situation, but his overall body of work does little to kill the "Matt Schaub, Jr." moniker. On the other hand, Keenum was likely encouraged to throw it deep against the Chiefs to see what would happen. Kubiak wanted him to play loose and have fun; it certainly showed last Sunday.

Hopefully, Dan will make an account and post his thoughts on these charts and the other charts he's made this season. For now, leave your comments below and enjoy your bye week, guys... you earned it.