The Houston Texans suffered one of their most lopsided defeats in franchise history last night. Console yourself with some beautiful action shots of anyone but Matt Schaub. 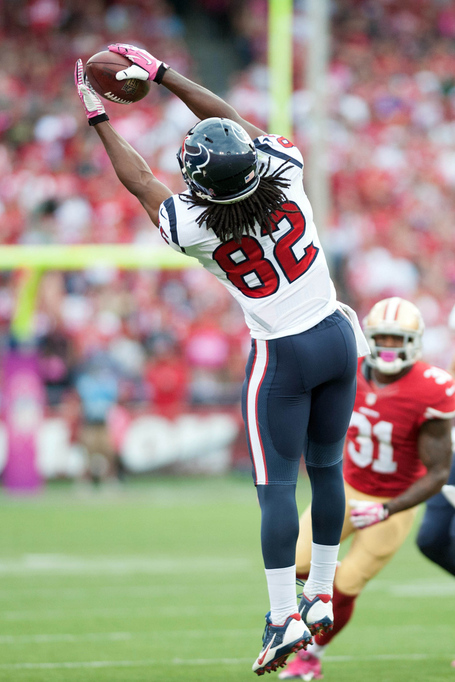 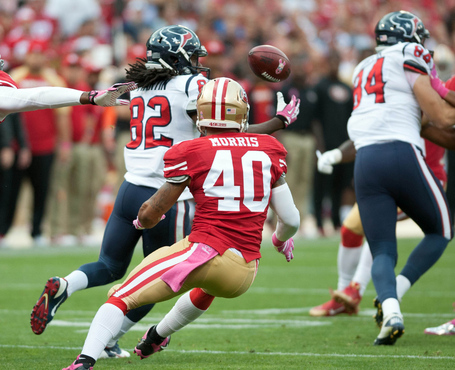 The above two pictures encompass why wide receiver Keshawn Martin is such a frustrating player. In the first still, he leaps, stretches out and drops his two feet for a great catch near the sideline and a third down conversion.

In the next still, Martin seemingly fumbles out of nowhere during a kickoff return early in the game. This kind of inconsistency is what's holding him back. He finished the game with just the one catch for 14 yards and had five kickoff returns for a 24-yard average. 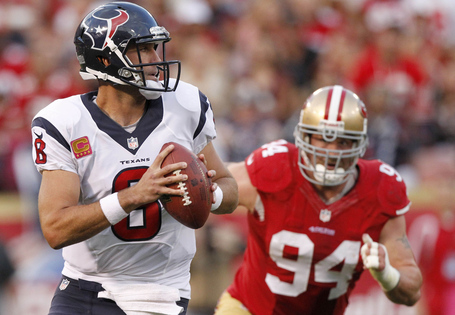 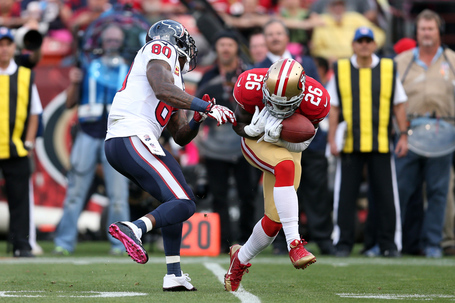 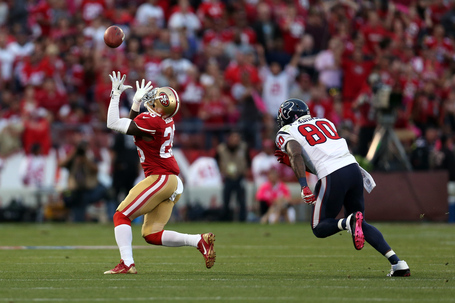 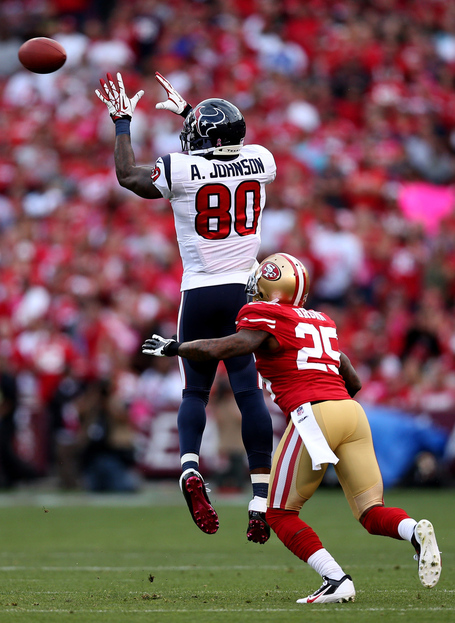 The predictability of the offense was on full display as Matt Schaub had his first throw of the game intercepted and returned for yet another touchdown.

Andre Johnson was Schaub's favorite target and was a focal point of the defense on passing downs. He was targeted 10 times but only five of those were caught... three by Andre and two by a defender. 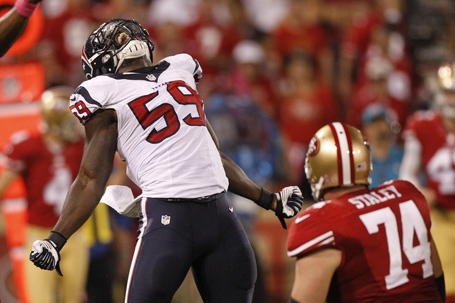 Whitney Mercilus channels his inner Saiyan as he celebrates a sack on Colin Kaepernick. The second-year outside linebacker had three tackles including a tackle for loss to go alongside a QB hit and the aforementioned sack.

Overall the defense continues to excel yardage-wise, allowing only 260 per game (1st in the league).  It's the lack of defensive turnovers and the abundance of offensive turnovers that has them allowing 27 points per game for 139 total points (26th).

Of course, if you take away the 30 to 40 points that have come as a result of Matt Schaub interceptions, that number is much more palatable. 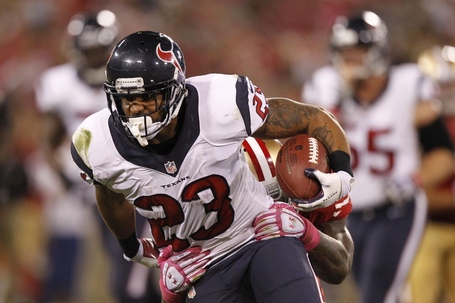 Stories of this man's demise have been greatly exaggerated. Arian Foster ran hard all game thanks to some great run blocking (even Wade Smith!) and his superior vision. He finished the game with 98 yards on 21 carries.

His performances have been improving each week, but the offense is gasping for breath otherwise.

The future is nigh? 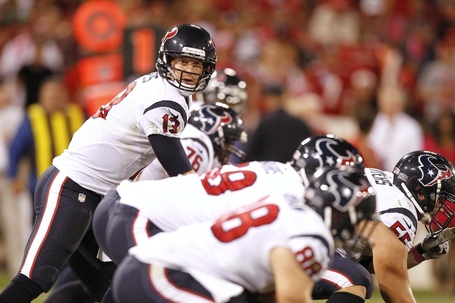 I would love to see T.J. Yates suit up as the starter next Sunday and turn this season around; I really would. Unfortunately, I think Schaub's play this season is a merely a symptom of a much bigger problem with the offense. As national writers and loud-mouthed cornerbacks are noticing, the offense is predictable and stale.

If Schaub takes the fall for all of his struggles and Gary Kubiak were to merely swap him for Yates, I'm afraid we'd see much more of the same next Sunday.

But, hey, at least he can scramble a bit. Have a seat over there, Schaub. 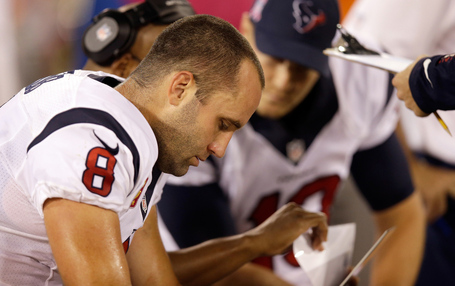