Hating the Indianapolis Colts is easy, and doesn't take much effort, but let's bring it up a notch.

Share All sharing options for: The Pregame: Week 9 - Colts @ Texans

I must admit that I've never been to Indianapolis. I've driven through it a few times on my way to Chicago, but I never stopped there. Not even for gas or dinner.

It's not that I had any particular distaste for the place, but let's be honest here. How many times have you been on a road trip where somebody said, "We HAVE to stop in Indy."

No, Indianapolis is rarely more than a landmark to track your progress.

Come to think of it, I spent four years going to school in Chicago, and I never even met anyone from Indianapolis.

When I talked to people that had been there, however, the clear, undeniable number one attraction for the city is the Speedway and the Indy 500.

If you stop to think about that, it's almost depressing enough to make you go out of you way to ensure that you never find yourself in Indianapolis.

The Indy 500 is considered by some to be the pinnacle of racing. The Super Bowl of the sport, if you will.

Only, it's not. What it really is, is the premier event for an organization that isn't even the premier organization within its own sport. So, rather than the Super Bowl of the sport, it's more like the high school championship game.

Year after year, the Indy 500 continues to lose TV viewers to NASCAR's Coca-Cola 600 in Charlotte, which is run on the same day and which in 2012 was only the 7th most watched race for the NASCAR circuit.

That's the equivalent to the Super Bowl losing viewers to a Virginia vs. Maryland college football game. At that point, wouldn't you say that it's probably time to initiate suppuku on the sport?

Look, I'm no racing fan, yet when it's all said and done, I can probably name you ten or more NASCAR drivers, and at least four or five races. Conversely, I don't think I could name three Indy drivers and even a single other race. Face it, Indy racing is well past its prime, if it ever had one. It's the Sarah Jessica Parker of racing.

So congratulations, Indianapolis. The singular event that is the jewel of your city's sporting history couldn't hold up against a bunch of redneck bootleggers.

1. Revisiting History. Everybody knows that the Indianapolis Colts used to be the Baltimore Colts before Robert Irsay went all Bud Adams and moved the team to Indianapolis. But did you know that before they were the Baltimore Colts, the team was the Dallas Texans (no, not the Dallas Texans that became the Kansas City Chiefs, but rather a completely different Texans team)? And before that, the New York Yanks? That's right, the Indianapolis Colts are essentially what would happen if Dallas and the Yankees had a love child.

2. The Trouble With Time Stamps. I tried to find a link to this, but trust me, if you start digging through old 2DH posts looking for something specific, you suddenly find that four hours have passed and you've drooled all over your shirt. Remember that time when Jim Irsay posted a Twitter contest where the first person who responded got free tickets? Then remember how Irsay gave the tickets to someone with a Colts avatar despite the fact that the artist formerly known as MDC (who was sporting a Texans avatar) proved that he had an earlier response?

3. Helicopter of Hate. Remember this?

I've been consciously trying to avoid too much Mexican food in this spot, because if it were up to me, it would be all Mexican food. Well, I guess it is up to me, but I'm trying to bring a little diversity into this mofo.

Still, I have to occasionally go back to my roots, so this week we're taking a culinary voyage to the Yucatan peninsula and enjoying one of it's most iconic dishes: Cochinita Pibil.

Cochinita Pibil is pork marinated in a mixture of sour orange and achiote along with onion, tomato, garlic and other spices. It's generally slow cooked in a pit until it's flaky and tender, though I generally stew it in a pot for a quicker, simpler cook.

To bring it over the top, instead of a traditional salsa, I pickle red onion overnight in a mixture of lime juice and vinegar and chopped habanero. Served on toasted corn tortillas, the combination of pork and onion makes for an incredible taco.

THREE OF THESE STATEMENTS ABOUT INDIANAPOLIS ARE MOSTLY TRUE

1. Indianapolis was founded next to the White River with the idea that it would facilitate transportation and improve trade, only to find out that the river's sandy bottom made trade impossible. This has been an ongoing metaphor for life in Indianapolis.

2. It is illegal for a man to be sexually aroused in public in Indiana. Fortunately, considering Midwestern girls, no citations have ever been issued.

3. The IndyCar series has more scheduled races in Houston than in Indiana. I'm not sure if it makes a sound, though.

4. Indianapolis has the highest number of Flock of Seagulls haircuts per capita in the US.

"Well, I'm from Indiana. So to me, when I was a little kid growing up, Cincinnati was the glamorous New York of it all." --Ryan Murphy, screenwriter

I've never been one for fruit in beers. I don't put lime in Corona and I don't put orange in hefeweissens. I have no problem with a little fruit as additional ingredient to accentuate flavor (I'm working on an grapefruit rye recipe that's killer), but I don't like fruit beers. Yes, there's a difference.

There is one exception to my rule, and we're entering that season. Yes, kids, it's pumpkin ale time.

Aside: Yes, pumpkin is a fruit. I know some consider it a vegetable, but those people are wrong, stupid, and probably from Indianapolis.

Pumpkin ales come in two odd categories: Those with pumpkin, and those without. That’s right, some pumpkin ales do not have pumpkin. They just have pumpkin pie spices. I do not like those. If I’m going fruity, I’m fruiting all the way.

Now, I really prefer a darker pumpkin ale like a pumpkin stout, but I wanted to try something different this year, so I went with Shipyard’s Smashed Pumpkin. For a 9-percenter, it’s got a surprisingly light body, which I think works against it a bit. The pumpkin aroma is nice, and you really get the hit of pumpkin pie spices on the first sip (perhaps a bit too pronounced for my taste). It’s a pretty solid beer, but I’m going to give it a bit of criticism as I feel like, you really need a bigger malt bill to hold up the alcohol for a high-gravity beer.

A good beer, but not the best pumpkin ale out there. 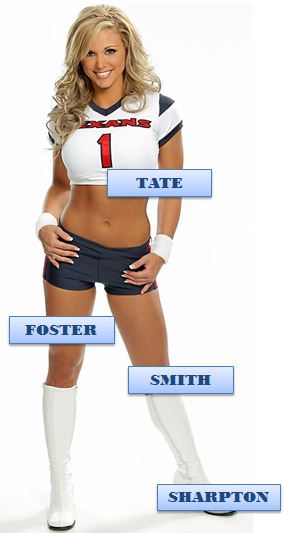 Darryl Sharpton (Frangible) Sharpton continues to injure himself in order to see his name on Brandi over there.