Gillette wants to us to examine a Precision Play for last Sunday's game versus the Arizona Cardinals. We can't think of a better play than J.J. Watt's second quarter sack on Carson Palmer. It doesn't get any more precise than a sack, strip and fumble recovery.

Test how precise your football knowledge is by playing the Precision Play of The Week for a chance to win Super Bowl tickets – brought to you by Gillette Fusion ProGlide, precision comfort, even on sensitive skin.

When it comes to technique, it's hard to think of anyone more sound than our third-year juggernaut J.J. Watt. He exhibits a such a perfect blend of strength and technique, and most of all: precision. We don't have to go very far back to find an example of this.

The Cardinals have the ball late in the second quarter hoping to sneak in a score before halftime. On this play, Watt will single-handedly remove possession and give it to his offense. Even the official play-by-play is very Watt-centric. 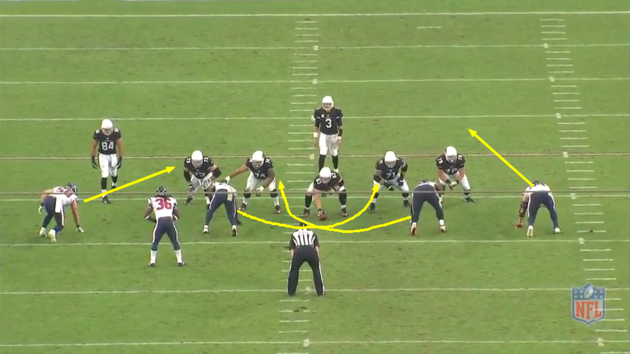 Here's the set-up. Watt is lined up wide close to left tackle Bradley Sowell. Antonio Smith and Whitney Mercilus will stunt inside hoping to free each other up as the linemen pass them off. This also ensures that the left tackle will be on an island against Watt. 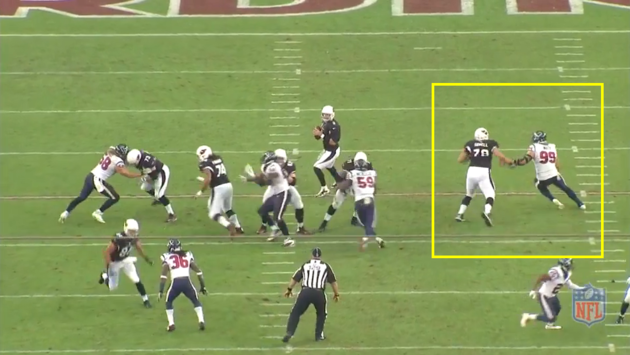 Watt swats away Sowell's initial punch and builds momentum to drive inside. Look at Watt's body; he's almost at a 45 degree angle to the ground. There's little Sowell can do to stop him at this point. 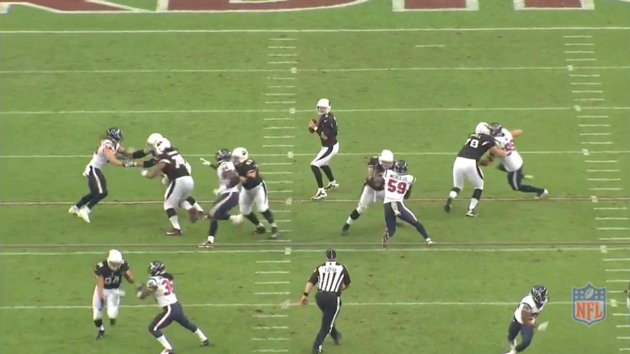 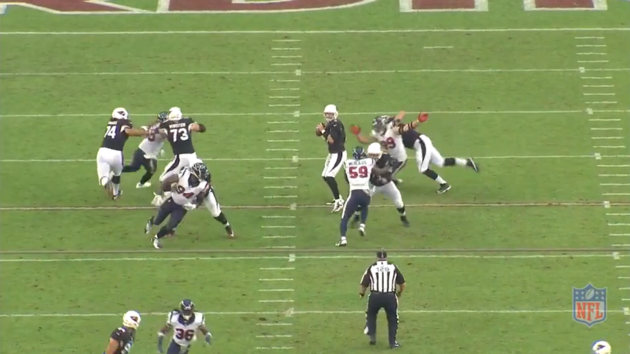 Watt dips his shoulder inside the lineman's block, getting underneath him completely. Watt actually carries him for about a yard and then shrugs him off his shoulder like cheap party confetti. A well-aimed slap of Carson Palmer's hand causes the fumble. 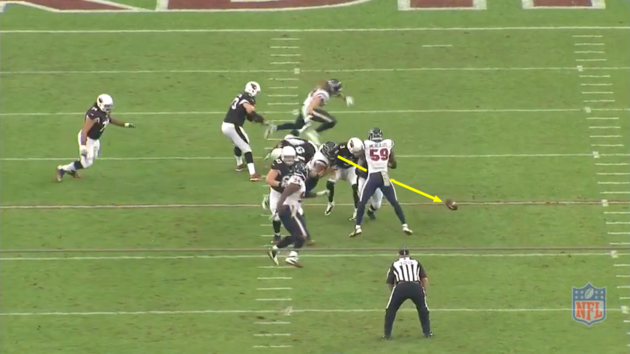 Watt completes the hat trick and out-Watts everyone for the fumble despite three other players being closer and Brooks Reed having a running start.

Watt embodies what any coach would want in a player: raw power and perfect technique precisely aimed at anyone holding the ball. This, paired with his limitless charisma, has thoroughly enamored Texans fans with the former Wisconsin Badger. It's unfortunate that the Texans could not capitalize on the turnover with some points, but he's made it exceedingly clear that he'll keep bringing the heat no matter how bad the team may be. That's something we can all clutch on to like a life preserver during this sinking ship of season.

Thanks for not giving up on us, Mr. Watt.

Leave your thoughts on my selection for Gillette's Precision Play of the Week below!