Proudly Distributing Sensationalized Garbage Since 2010. In this week's edition, the Texans find an answer to their pesky kicking and secondary problems.

After putting relics like former Texans kickers Neil Rackers, Shayne Graham, and relative newcomer Justin Medlock through their paces in tryouts today, the team decided to go in an entirely unexpected direction to fix their kicking problem.

"We had a sneaking suspicion that those weren't the guys we were looking for early on," said Texans interim head coach Wade Phillips.

"It was small things at first, like when [Neil] moaned and couldn't form coherent sentences. We thought he was kidding at first, but when his leg fell off after making contact with the ball, it was then we realized he was, in fact, a zombie. It didn't help when he tried to bite my head, either," Phillips said, pointing at a bandage on his forehead.

Shayne Graham almost didn't make it in for tryouts as the group vehicle for the local branch of St. Brett's Home For The Perpetually Semi-Retired was out for a day trip to a local cheese factory. "Even after we sorted that out," added Phillips, "It wasn't a certainty that we would get Graham down here. He kept shouting into the receiver telling us to speak up."

According to a source at St. Brett's, once the news sank in, Graham demanded a double dose of his daily Ensure and bolted for his room at a brisk 1.5 miles per hour to get dressed.

"I almost felt bad for having him come down. First thing he asked was if he could use his cane to make kicks for him. It was all downhill from there," Phillips said.

Medlock, a free agent who last saw action with Carolina last year, was the other name the team brought in. Odds are that the team won't sign him because, as special teams coach Joe Marciano put it, "He played Canadian football. He can't be any good. Even if he is, we gotta convert his field goals from metric and stuff. It's just a huge hassle, and I don't feel like messing with it."

The "hassle," as Marciano called it, has now been fixed, as the Texans officially signed Arthur, a four year old African wild mule, to replace erratic placekicker Randy Bullock for the rest of the season. 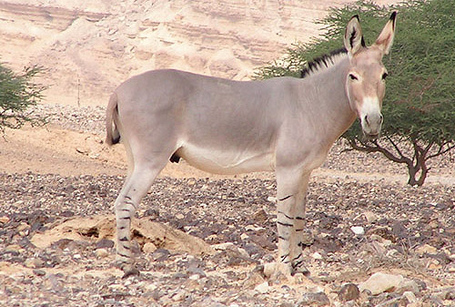 Shown above: Texans Kicker Arthur in his junior year at the student union at Somalia Tech University.

And speed he has. With a top speed of roughly 40 miles per hour, Arthur is easily the fastest player on the team. "We've even had him playing some at nickel corner during tryouts," Phillips said. "And while his vertical isn't terrific, his ability to stick to his receiver is out of this world."

When asked if there might be any issues from Arthur's two-legged teammates about having a wild animal play for them, Phillips shrugged, "I don't see them having a problem with it. He doesn't get in anybody's way, his character is absolutely unimpeachable, and he's less of a jackass than Richie Incognito. Besides," Phillips said as he patted Arthur on the head, "He's just too damned cute to let any other team snatch him up."

"I think it's great," said professional long snapper and all-around spare part Jon Weeks. "He's far enough downfield where I don't smell him, and I can count on him to make the field goal unit look just a little less embarrassing than it is. Now if we could only do something about the rest of our special teams."