The Texans only play the Cardinals once every four years, but that doesn't make them exempt from the hate train.

Share All sharing options for: The Pregame Week 10: Texans @ Cardinals

HOTTER THAN THE HATE FLAME

When I started researching Phoenix and Arizona for this post, the first thing I came across was just how hot it is in Arizona. I really didn't want to write about that because, a) that's not very exciting, b) it's kind of played out, and c) Houston isn't exactly known for it's cool weather.

Yet, as I continued to read, I couldn't get away from it. The heat in Arizona is a physical beast that dominates everything. The past, present, and future of the state are dominated by ways of dealing and surviving through the extreme temperatures.

Phoenix was founded in an area that was originally inhabited by the Hohokam people before being abandoned due to the miserable weather that plagued the area.

Ok, maybe you could argue that this was during a time where air conditioned pueblos didn't exist, so that's not relevant to today. Let's fast forward a few hundred years.

Arizona is the only state that doesn't observe Daylight Saving Time. What would possess a state to give the finger to the rest of the country and cause endless confusion, you ask? Yup: The effin heat.

See, back in the 60s, the good folks of Arizona decided that the last thing they wanted in life was another hour of being awake during this brutal heat. The way they saw it, enacting DST would cause them to push back night time activities such as drive-in movies and late night drinking until the temperature became tolerable -- and Lord knows Phoenicians need to get out to their presumably warm beers to forget about the fact that they live in Arizona.

Continue to fast forward to today and we find that building a giant sprawling metropolis in the middle of the desert might not have been the best idea. Technology hasn't helped the area figure out how to deal with brutal dust storms, nor figure out how to reliably provide water to its citizens. Some even argue that the entire area will soon be completely uninhabitable.

So let's raise our glasses and offer a hearty toast to the brilliant minds that felt that this was the right place for a concrete jungle:  A place where everything gets hotter than the surface of the sun. Everything except the Cardinals, that is.

1. We Should Have Known Then. The last time the Texans faced the Cardinals, the Texans clawed back from 21-0 to tie the game with the greatest touchdown catch ever, only to see Matt Schaub throw a pick six to give Arizona the lead back.

2. Ask The Natives... They Know. The majority of the Navajo Nation reservation resides within Arizona, yet unlike the rest of the state, they decided to observe Daylight Savings Time. They did so because they realized that it was stupid to try to be the community version of a hipster that just wants to be different.

3. What Is That? For the most part, the BRB staff has a lot of love and respect for the great game of hockey. We also have a lot of tolerance for terrible jerseys -- most of us were Astros fans in the days of the rainbow jerseys and Rockets fans during the pajama days. But this is the worst jersey in the history of all humanity, and possibly even in intergalactic competition.

Every year around this time, the family and I get together to celebrate one of Florida's greatest cuisines: Stone crabs. I'm not sure how available stone crabs are back in Houston (though I'm pretty sure you can't find them in Phoenix), but here they're an annual rite.

Stone crabs are interesting in that the crab is not killed. Only the claw is eaten and it can be harvested from the crab who will eventually grow it back. The claw must be cooked immediately, so stone crabs are generally purchased cooked and chilled (you eat them cold). Many restaurants are happy to charge exorbitant prices for them, but we buy from local wholesalers who offer the same quality crabs at a much more affordable price.

Generally they're served with a simple mustard sauce -- spicy brown with mayo and a few other spices. Of course, being the gluttons that we are, we tend to make an enormous seafood feast out of it including lobster bisque, bacon wrapped shrimp stuffed with jalapeno (and served with a spicy mayo), seared scallops, fresh baked bread and my wife's homemade key lime pie. And of course, plenty of homebrew, wine, and whiskey.

I know this is kind of out of place on a Houston blog, but I live in Florida now and it's my post.

THREE OF THESE STATEMENTS ABOUT ARIZONA ARE MOSTLY TRUE

1. Any misdemeanor committed in Arizona while wearing a red mask is considered a felony. Wearing a red football jersey is acceptable cause to be committed.

2. Phoenix was originally named Pumpkinville. All hail the Pumkinville Cardinals!!

3. Arizona was the last state to join the contiguous states. It's kind of like eating that last fry on your plate when you're already full, only to regret it later.

4. Geologists have argued that the Grand Canyon is natures way of dealing with Arizona. Kind of like popping a zit or scratching off a mosquito bite.

"If there is in fact, a heaven and a hell, all we know for sure is that hell will be a viciously overcrowded version of Phoenix" -- Hunter S. Thompson

It's getting about that time of year when we start drinking more dark beer. As such, I've been really into stouts lately, but that's not what we're going to talk about today. Instead, we're going to go with a different style of dark beer; a German one. Though made in America. This week's beer is Boulder Bend Dunkelweizen from Fish Brewing Company in Olympia, WA.

Admittedly, I'm not too familiar with German style beers as I'm generally more into English and Irish styles as well as American interpretations of them, but it's something I want to experience more.

In German, "dunkel" means dark and "weissen" means wheat beer. You're probably more familiar with the hefeweissen, and though the dunkelweissen is similar, it has a very different flavor profile.

This beer pours with a dark reddish-brown color and a nice thick head. The initial aroma is that of a nutty banana, and you get a really good taste of the roasted malts upon the first sip. At 4.7%, it's a fairly low-gravity beer and I think it might be better served with a little more body and mouthfeel, but it's an easy beer to drink and definitely makes me want to try more Dunkelweizens. 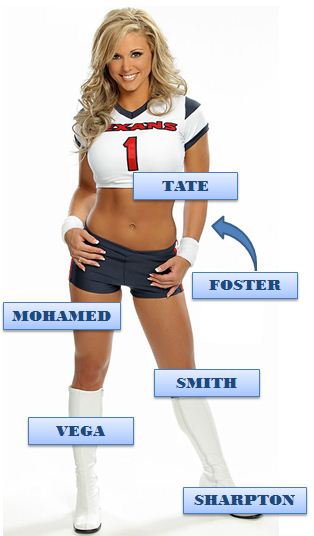 Arian Foster (Contemplation). Foster has gone deep into the desert to ponder the meaning of life in the Hopi reservation.

Mike Mohamed (Rehab). Mohamed spent last season with the Jaguars and is still undergoing detox. Yes, we can hate on the Jags in an Arizona post.

Wade Smith (Persistence) Wade Smith has been on this list for the same injury since the preseason. His lack of practice time is surprisingly not noticeable.