The Texans extend their losing streak to a franchise record of THIRTEEN, and Capt Ron chronicles the latest game against the Broncos. 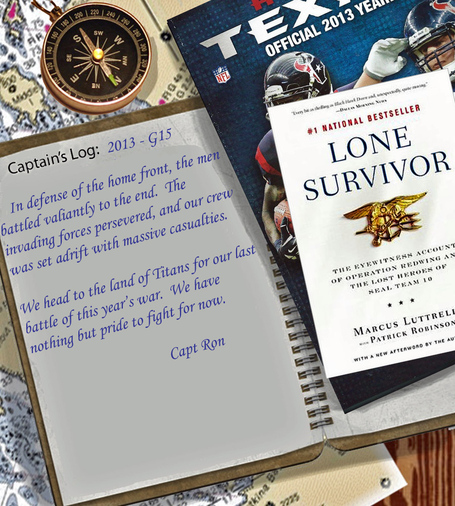 Houston actually played a good game for the first three quarters. The Texans' defense held the league's best offense to only 16 points before the fourth quarter. The Texans' offense put up 13 points, including a touchdown pass to Keshawn Martin, and trailed by a mere three points going into the final quarter. Houston also played with more discipline than we have seen the last few weeks, and didn't get flagged for a penalty until there was 9:40 remaining in the third quarter.

Deepi Sidhu reports from the Mothership:

Peyton Manning would change all that in the fourth quarter, as he broke the NFL record for most touchdown passes in a single season with 51. He ended with four touchdowns in the game; three of them coming in the fourth quarter alone. The Texans' offense stalled out in the last quarter, and never crossed mid-field. Matt Schaub threw two interceptions, and the collapse was complete with a 37-13 loss to the visiting Broncos.

Houston holds the keys to the first overall draft pick if they lose in Tennessee next week. If the Texans somehow beat the Titans, they need the Washington Redskins to beat the Giants in New York in order for Houston to hold on to the first overall pick. The Redskins win the tie breaker with the Texans due to strength of schedule, so we don't want them both at 3-13 this time next week.

I hope everyone enjoys some time off with their friends and family, and please stay safe through to the new year and beyond. Have a great week folks!

The film "Lone Survivor" will be in theaters starting January 10th. It is based on the book by the same name, and is the eyewitness account by former Navy SEAL Marcus Luttrell who tells the story of Operation Red Wings and the Lost Heroes of SEAL Team 10. I am dedicating this week's Captain's Log to all those who fell in action that day, as well as to all those who have served, and continue to serve, in an effort to free this world from tyranny and evil.

May those who are deployed come home safely to their loved ones.

The Colts (10-5): Indy dismantled the Chiefs 23 to 7 in Kansas City, and set the stage for what might be a rematch between these two teams in Indianapolis for the first round of the playoffs. They host the Jaguars next to wrap up the regular season in a facial hair smack down of "The Mustache v. Neckbeard Annual Classic."

The Titans (6-9): Tennessee beat the Jaguars in Jacksonville in front of all three fans and a pile of tarps covering empty seats. They host the Texans next to wrap up a remarkably terrible season for this whole division, notwithstanding the "Neckbeard" led Colts.

The Jaguars (4-11) Jacksonville won't get the first overall pick in the 2014 draft, but they'll be in the top five after losing 20-16 at home to the Titans. They now travel to Indy to assume the position.

"I'm a doctor, not a record keeping historian" 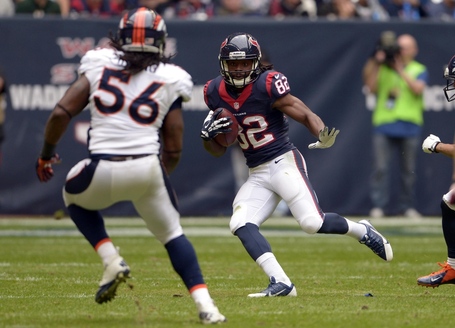 Keshawn was a lone bright spot in the loss to the Broncos, as he scored the only touchdown for the Texans and returned a punt for 51 yards.

"It was kind of a broken play," Martin said. "Matt scrambled out, so I just kind of scrambled with him. He found me in the back of the end zone."

On how he is developing as a wide receiver:

"As a receiver, I'm just gaining confidence every game, every week," Martin said. "I'm just trying to to go out there and have fun and also make plays for the team."

Why the punt return was so successful:

"It was a right return," Martin said. "All I had to do was get to the sideline. Those guys on the punt return team did a great job of boxing everybody in for me and I just took it down the sideline."

Thanks Keshawn. Keep developing, and may you have a break out year in 2014!

WR Andre Johnson - Johnson now has five 100-reception seasons in his career, and is tied with Wes Welker for the most in NFL history. The NFL Hall of Fame awaits, but we need you a few more seasons 'Dre!

"My brains, his steel, and your strength against sixty men, and you think a little head-jiggle is supposed to make me happy?"

Today we open the Brig and the Stockade. All prisoners are released to enjoy the final days of this year with their families. The war is lost, so eat, drink and be gone. Off with ya! 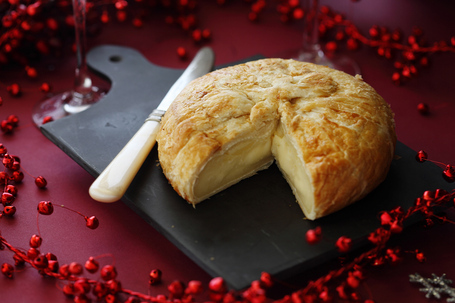 This is easy and very tasty. Omit the salmon if you prefer, or have allergies.

Wrap the brie completely with thin sliced smoked salmon, then wrap that with the puff pastry. Brush the pastry exterior with egg yoke and bake for 20-30 minutes at 400 degrees Fahrenheit. To kick it up a notch, brush the salmon wrapped brie with a spice sauce before wrapping with the pastry. After taking it out of the oven, drizzle remaining sauce over the cooked pastry. Serve with french baguette or firm crackers.

For the optional sauce, mix 5 Tablespoons of "A1 Steak Sauce" with 2 Tablespoons of Cholula. If you go without the sauce, you can drizzle fresh honey over it after taking it out of the oven for a more subtle offering.

"Hello, my name is Inigo Montoya. You killed my father. Prepare to die."

The Texans play their final game of this season on Sunday, December 29th at 12PM (CST) against the Titans in Nashville at LP Field.