Battle Red News Wire: Free Agency Day One Is In The Books

A link-filled guide to the aftermath of Day 1 of free agency, what may come next, the hashtag needed for promoting the Barwin House Party, and some really weird eyelid action by the Ninja.

Share All sharing options for: Battle Red News Wire: Free Agency Day One Is In The Books

The first day of free agency was the kind of event that makes me not remember the world before Twitter. Scrolling through all the rumor, reports and reactions until my phone battery went red was a joy to behold. But there was certainly some sadness for Texans fans as well.

Most people are excited about the release of Kevin Walter, and for good reason. He is slowing down, and is not the answer to the Texans' problems at the second WR position. But it is also a time for remembrance. We'll always have the Yates game.

Say what you will about the guy, but his touchdown catch in Cincinnati will forever bring a smile to our faces, even when we're old and gray.

And of course, it was the only game I've missed since 2008. I was on a business trip overseas at the time, and had a meeting that I could not miss. So I did what any rational person would do, and emailed pretty much every single person I knew.

Subject line: NO ONE EMAIL ME ABOUT THE TEXANS-BENGALS GAME THIS WEEK, PLEASE.

The plan was to shun all sports websites and Facebook for the four days remaining on the trip, fly home, go straight to the living room, and watch it on DVR. No one gave me a chance in hell of being able to pull it off.

Less than five minutes after Walter scored that touchdown, my (female) boss emailed me.

When DVR'ing, never assume that just because she's a girl, she won't ruin the score for you.

No one saw three years, $14.5 million with $6 million guaranteed coming James Casey's way. But when it came from Philadelphia, it came fast, and without the offer to sleep on it. The Eagles reportedly did not want Casey to even visit any other teams. The Rice graduate was smart enough to realize that he held a unique value in Chip Kelly's offensive vision that he would not hold elsewhere in the free agent market. He signed on the dotted line.

It is only a matter of time until Casey is on "Dancing with the Stars" at this point.

Can anyone think of the last time a Houston athlete left in free agency to such a resoundingly positive chorus from the fans? This is both a testament to what a solid person Thor is perceived to be, and a natural reaction to the assumption that the Eagles overpaid. Goodbye, James Casey. I will miss screaming, "James-Casey-Rice-Graduate!" in one word at the TV when you make plays like this:

Glover Quin flew to Detroit yesterday to visit with the Lions. I assume he's still up there. This is all very concerning.

The Texans came into $2.5 million in additional cap space by cutting Kevin Walter. If Smithiak is serious about resigning Quin, the extra cushion that $2.5 million provides will be of great help in the efforts to lure him back. Quin wants to know where da gold at, quite frankly.

Leprechaun in Mobile, Alabama (via botmib)

If you believe the word on Daniel Jeremiah's street, the free agent safety wants about $5 million worth of gold per year.

I'm hearing Glover Quin is looking for about $5 mil per year. #FreeAgency

Ironically, that figure happens to also be the high end of the annual salary range Texans free agent nickel cornerback Brice McCain is seeking, according to his agent David Canter.

So ironic I got randomly selected to take drug test an hr before free agency starts!!!

I don't think that's actually the correct usage of the word "ironic." But I know Glover doesn't know how to use it, either. Which is ironic. I think.

Not much noise regarding the interest in my boy Connor Barwin so far. The interest is there, though, and it's surprising that his name did not come up more often on Day 1. Barwin's Baltimore counterpart Paul Kruger signed a fat deal with Cleveland on Tuesday, and it's likely that teams in search of a second tier outside linebacker to play the 3-4 will come calling shortly.

I'm trying to keep a positive mental attitude on this. The second Barwin resigns with the Texans, I'm going to start planning the #BarwinHouseParty marketing campaign, designed to convince him to still be my friend despite the miraculous Virginia win over Duke two weeks ago.

Connor, come on, man. Virginia may not even make the Tournament this year. If we win our first ACC Tournament game on Friday, we're basically in. If we lose, we're probably out. Either way, cut me some slack. Let's go ride bikes and day drink on your off day from working out or something. I'll buy.

Then there is this.

Not really sure what is going on here, John. Not really sure at all how you got yourself cast in this B-rate teen movie about Matt's trip to Zion National Park.

I just know that Samuel won with this reply:

@mcclain_on_nfl Good job your lower body half can't be seen!

As always, I leave you with a Texans Instagram moment. The caption Antonio Smith put on this self-portrait reads, "Bored time to go get on my tractor." 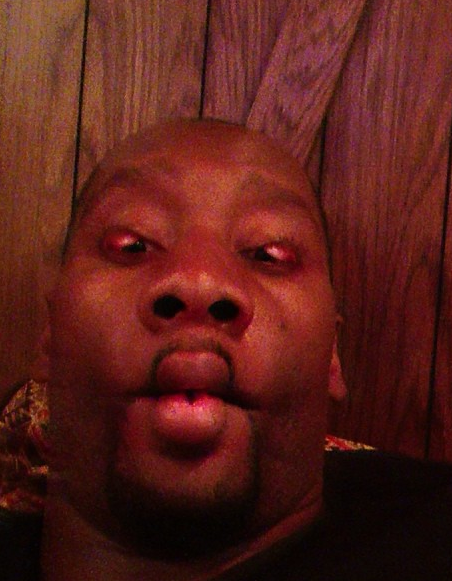 If you follow the Ninja on Instagram, you already know he's been messing around on a tractor for the last several days. He's from Oklahoma.