Will You Watch Jacoby Jones On Dancing With The Stars?

Former Texans pariah and newly crowned Super Bowl champion Jacoby Jones is scheduled to appear on Dancing With the Stars tonight. Will you not join me in viewing?

Share All sharing options for: Will You Watch Jacoby Jones On Dancing With The Stars?

When it comes to television, reality competition shows like Dancing With the Stars are pretty far down my list of things to watch. Other than American Idol producers throwing hapless, tin-eared contestants like sacrificial lambs to the gaping maw of Simon Cowell (editor's note: gaping maw still works with current Idol judge Nikki Minaj), those shows have held very little appeal to me. Even the past list of NFL players participating on DWTS have not persuaded me to tune in. However, with the news of Jacoby Jones joining the show, I must admit I am very intrigued.

After the… incident… of the 2011 Ravens/Texans playoff game, I was just as eager as anyone to run Jacoby out of town, as it was clearly time to end the five-year-long experiment in Houston. It turns out a change of scenery, a strong-armed quarterback, and a Rocky IV musical montage were exactly the catalysts needed to revitalize his career. I was a little bitter, at first, watching Jacoby catch long bombs from Joe Flacco throughout the season, but I knew he was never going to have that kind of success here in Houston. So I did something everyone here should do, if they haven't already: FORGIVE JACOBY!

Watching him on Kimmel and remembering his time in Houston reminds me that Jacoby has a lot of charisma and can flat-out dance. I'm excited to see what he can do against this dazzling list of C-list celebrities. And did I mention that his dance partner is Karina Smirnoff? 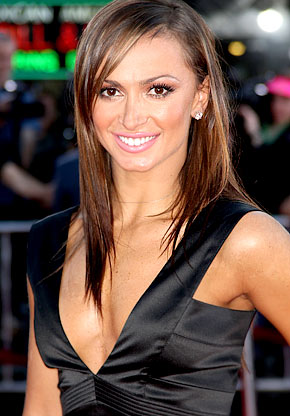 So I entreat you to watch with me, tonight, and join me here on Battle Red Blog, as I live blog my first-ever episode watched ofDWTS. Plenty of beer will be on hand to make this experience more palatable and entertaining. Hope to see you here.