It takes three years to properly evaluate a draft class, according to the old saying, so that puts the 2010 NFL Draft in our sights. Let's take a look at how it panned out for your Houston Texans.

The Houston Texans ended the 2009 season with their first winning record in franchise history but with gaping holes at key positions. Cornerback Dunta Robinson took the money and ran to Atlanta, leaving Fred Bennett and Jacques Reeves atop the depth chart (they would later be released). Running back Steve Slaton suffered through an injury-plagued year, and his backup, Chris Brown, shall only be remembered until the end of this sentence. These two needs set the stage for the Texans entering the 2010 draft.

Here's what they hauled in:

General manager Rick Smith will go to his grave insisting that he does not draft for need, but this sure seemed like a "need" pick to me. Perhaps the stars aligned and Jackson represented the best player available on their board. Either way, his first year with the squad was a disaster. The great Deion Sanders would have struggled to succeed with Frank Bush as his coach and Eugene Wilson and Bernard Pollard as his safety help.

What a difference a year can make, as defensive coordinator Wade Phillips, veteran cornerback Johnathan Joseph, and safety Danieal Manning came to town in 2011 to take the pressure off Jackson, whose career was put back on track. Battle Red Blog's own bigfatdrunk noticed the improvement from 2010 to 2011 and smartly called for more playing time for Jackson.

"If you want to put on some snappy rose-colored glasses, could he be evolving as Duane Brown did after Brown's disastrous rookie year? There are reasons to be optimistic."

BFD's theory is holding true so far, as the 2012 season saw marked improvement for Jackson both in counting stats (like passes defensed and interceptions) as well as proper technique. His steady growth has certainly made him worth the 20th selection in the 2010 NFL Draft.

Tate was drafted to revive the Texans' poor running game, but the broken ankle he suffered during the preseason that year ended his rookie campaign before it even began. After watching Arian Foster rise to prominence, Tate carved out a healthy season behind him in 2011 and helped give the Texans a powerful running game with his 942 yards and four touchdowns.

As Tim lamented here, Tate took a huge step back in 2012 with only 279 yards and two scores through 11 games. Injuries and general ineffectiveness ruined the season for him, leaving only one more year in a Texans uniform to prove his second-round billing. Like Tim mentions in the article linked above, I find it highly unlikely Tate will be re-signed regardless of his performance in 2013. Those Tate-to-Cleveland trade rumors sound pretty good right about now.

A quick word on the drafting of Tate: entering the second round...the Texans originally owned the 51st pick, but traded down to 62nd with the Minnesota Vikings (who drafted running back Toby Gerhart), and picked up an extra third-rounder. Shortly afterwards, the Texans' front office likely caught wind of the Cleveland Browns looking to move up and draft a running back, so Houston was forced to trade back up to the 58th spot to get the man they wanted in Ben Tate.

Once again I'll refer to our in-house drunkard to shed some light on the Texans' third round pick from Arizona. There are two theories that bigfatdrunk proposes as to why Earl Mitchell was taken-- neither of which he liked very much.

"Entering his fourth year, the Texans are worried about a 22-year old DT [Amobi Okoye] who is just starting to reach both his physical and mental potential."

"We drafted Mitchell to play alongside Okoye [and replacing DT Shaun Cody]. That's two barely 300-lb DTs who aren't blessed with great strength who we hope will be able to hold up against the run. "

In three years, Mitchell neither motivated Okoye to greatness, nor did he replace Shaun Cody in the 4-3 or even the 3-4. With Cody still unsigned, this leaves Mitchell as the heir apparent at the nose tackle spot for the 2013 season-- his last chance to prove his worth.

Only masochists should read the following sentence: Emmanuel Sanders, Eric Decker, Navorro Bowman, and Jimmy Graham were all taken within 15 picks of Mitchell. Geno Atkins was taken a round later. Sigh.

The Texans traded away their second third-rounder to Kansas City and received a fourth and fifth rounder in return. A hard-hitting Miami linebacker, Darryl Sharpton was taken to provide depth and, hopefully, start next to DeMeco Ryans and Brian Cushing. Unfortunately, Sharpton has proven to be little more than a glass cannon in his three-year career so far, having only played in 27 out of a possible 48 regular season games.

Like with Tate and Mitchell, the 2013 season likely represents Sharpton's last chance to prove himself to the team and/or a potential new employer in 2014. For what it's worth, Sharpton says he's 100% healthy and ready for the season, and is eager to become a "force to be reckoned with" next to Cushing.

"Clearly, this is an unpopular pick for a number of reasons. First of all, like the Texans' third round pick [DT Earl Mitchell], it hints at uncertainty with a player who fans have become accustomed to expecting to see on the field. It came on the heels of trading down, and was a draft pick at a position where it was thought the talent level currently on the roster was perfectly fine [with Owen Daniels, Joel Dreessen]. Lastly, if we just drafted two tight ends last year [James Casey, Anthony Hill], why are Gary Kubiak and Rick Smith so eager to go right back there in what was regarded as a deep tight end class despite several perceived (unaddressed if you are a realist) holes?"

It still is perplexing to this day, but the Wisconsin tight end had stronger receiving number than fellow alum Owen Daniels in Wisconsin's run-heavy system. Regardless, Graham was a non-factor until the 2012 season, where he notched 28 catches (16 for first downs) for 263 yards and three touchdowns. Graham will be a free agent after the 2013 season; he will be a strong candidate to retained, in my opinion. Daniels, who turns 31 this November, will be a free agent after the 2014 season, leaving Graham primed to take over for his fellow Badger, if re-signed.

Before the 2012 season kicked off, McManis was traded to the Chicago Bears for fullback Taylor Clutts. For what it's worth, have a look at what Northwestern fans said of their star cornerback.

Smith was a three-year starter for the Colorado State Rams and now plays for the St. Louis Rams. Smith was a guard touted for his impressive athleticism and seemed like a shoe-in for the Texans' zone blocking scheme but, for whatever reason, it didn't work out. Smith found himself on the waiver wire in September of 2012.

When the Texans traded away draft bust Travis Johnson to San Diego, it netted them the means to draft the speedy LSU return specialist the next year.

Then Joe Marciano exerted his will upon Holliday. Holliday was released. Holliday then goes on to do stuff like this, and Texans fans cry themselves to sleep. Next.

I'm impressed if you made it this far. Dickerson represents yet another failed attempt to address the second receiver spot. He was originally a tight end for the University of Pittsburgh and was shoe-horned into learning the wide receiver position in Houston. It never worked out despite impressive flashes like this. Last I heard, he was being shoe-horned into the H-back position in Buffalo. With our luck, he'll probably do great things for them.

All in all, a fairly mediocre draft for the Texans, especially after the stellar haul of 2009. Sadly, only Jackson and Graham seem like they will outlast their rookie contracts for the Texans. I look forward to looking back on the Texans' 2011 NFL Draft, which is shaping up to be the greatest draft in the history of drafts. 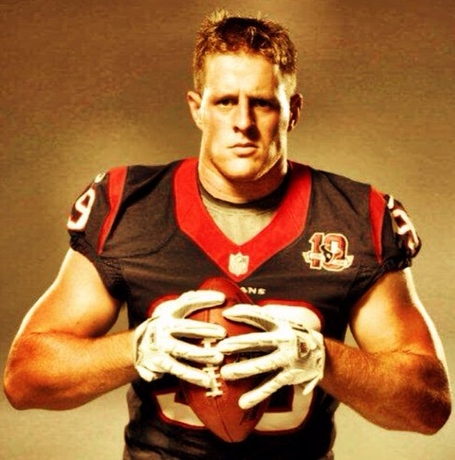 Leave your thoughts in the comments, and share your favorite memory of Shelley Smith!