Take a look at some of the more impressive pictures from Sunday's loss versus the New Orleans Saints. Got any pictures you want to share? Have at it in the Comments... or try a FanShot and I'll put it on the Front Page. 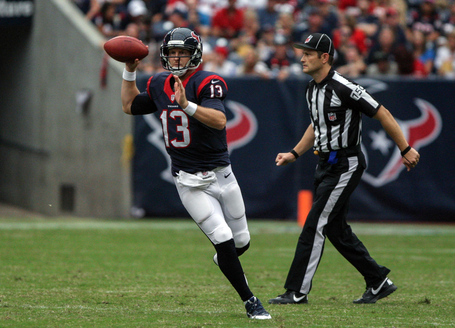 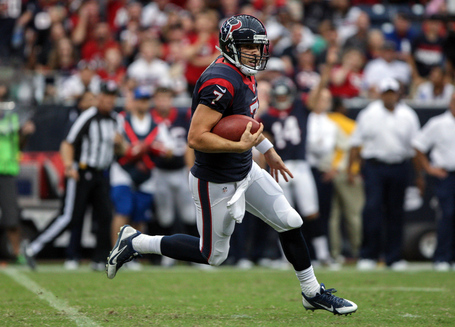 T.J. Yates and Case Keenum continued their quarterback battle on Sunday night. Yates notched 73 yards and a TD throw on 7/9 passing. Keenum managed 79 yards on 10/14 passing. He also scrambled 11 yards for a first down.

Coach Kubiak has yet to name the primary backup quarterback between the two. The battle will likely come to a head Week 4 against the Dallas Cowboys. May the best man win. 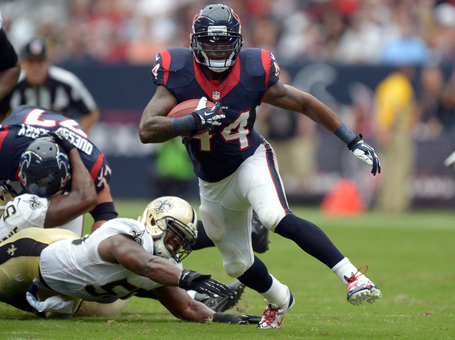 Ben Tate had a phenomenal game against the Saints, racking up over 70 yards and a score on just 11 carries. His bruising running style was reminiscent of his breakout year in 2011. A healthy combination of Tate and Arian Foster would do wonders for the Texans' offense. 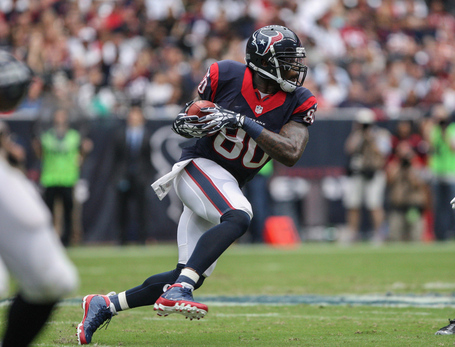 As usual, Andre Johnson was Andre Johnson, catching seven balls for 131 yards, including the 39-yard play you see above. That double move was a thing of beauty. Undoubtedly, Andre set it up with a hard slant earlier in the game subtly using his hands in the same way. The corner stood no chance. 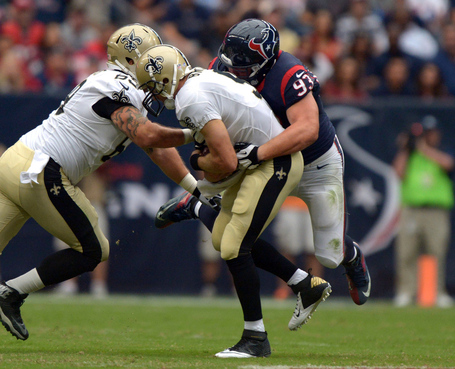 Jared Crick looked a bit like J.J. Watt on this play-- powering through with a bull rush and then using his hands very effectively to shrug off his blocker. The Bionic Brace he was wearing seems to be awfully effective. He finished the game with a sack and a tackle for loss and a QB hit. 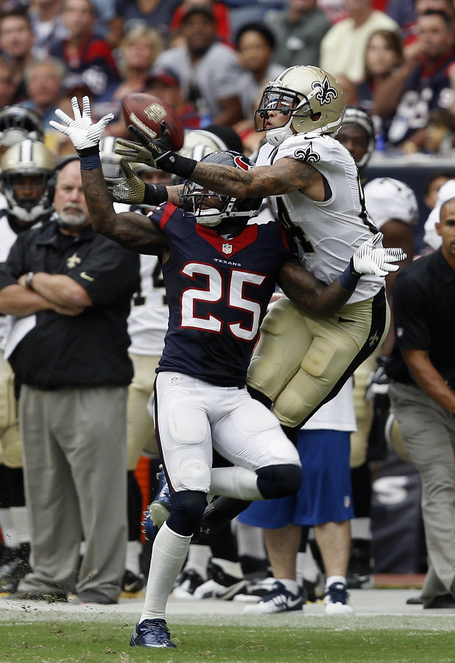 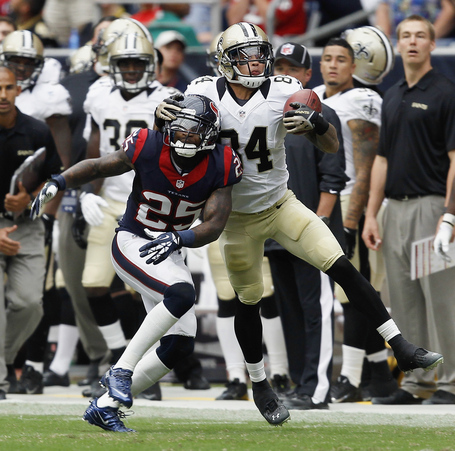 Kareem Jackson might have had flashbacks to 2010 on this play. Kenny Stills made a remarkable catch up and over his defender. Jackson turned his head a little too late, but was still in a position to make a play. Here's hoping that KJ continues his stellar play from 2012. 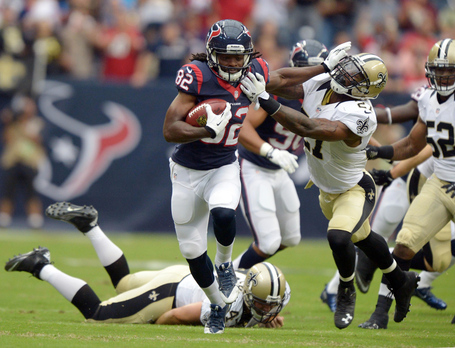 Keshawn Martin showed off some slick moves on a punt return early in the game. A nice stiff arm, a couple of jukes and even a spin move were showcased on the run. Unfortunately, our Special Teams being what they are, the touchdown was negated on a penalty by one Brandon Harris. We can't have nice things. 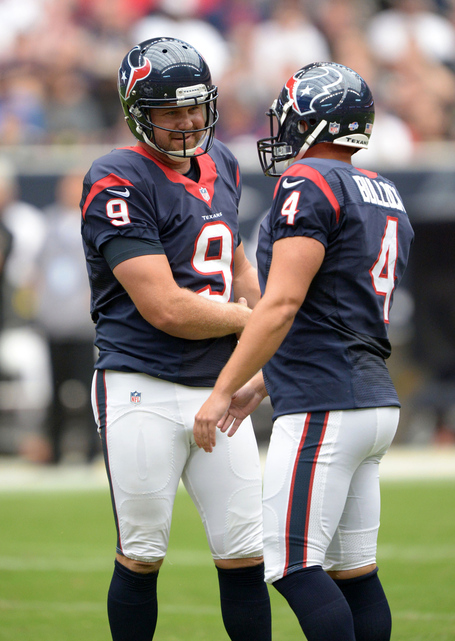 Is this an Aggie's wet dream? Punter Shane Lechler and kicker Randy Bullock were both impressive on Sunday. Lechler boomed a punt that dropped perfectly inside of the 5-yard line in the first quarter. Bullock was 3-3 on his field goals with a long of 55 yards. Texans fans might not have to hold on to their butts every time there's a punt or kickoff. Not EVERY time, anyway.

Hold onto your butts (via olivertwiztid).

Oy, were you at the game? Show off any pictures you care to share in the Comments. Or plop one in a FanShot and I'll give it some love on the Front Page. Happy Tuesday.