Down Deep Into the Vortex and Back Again

For the Texans, it seemed as though too many key players were showing signs that missing pre-season practices and game time was going to be more than just the proverbial rust needing to be knocked off. The breakdowns on offense and defense led many to think that this game would end like previous prime time games against quick release quarterbacks...with a swirling descent straight into humiliating defeat and no way to fight back and survive, much less win.

Trailing 28-7 in the 3rd quarter, the Texans finally woke up and rallied back to tie it 28-28 after an incredible interception returned for a touchdown by LB Brian Cushing, and then a 41 yard field goal by Randy "Beercan" Bullock to win the game as regulation time expired. JJ Watt, Matt Schaub and Andre Johnson played like the elite players they are, and motivated their team to the biggest comeback win in Texans history.

"I'm a doctor, not some Gaslamp District saloon proprietor!"

OUT vs CHARGERS WEEK 1

NO REPORTED INJURIES FROM GAME 1

- Consider that some good lagniappe on top of the comeback victory!

- CB Brice McCain's knee is "banged up", but no word on if it is serious, and so far, it does not sound like it.

The pressure of having to kick a game winning field goal in your very first NFL game, and getting it done? Amazing! 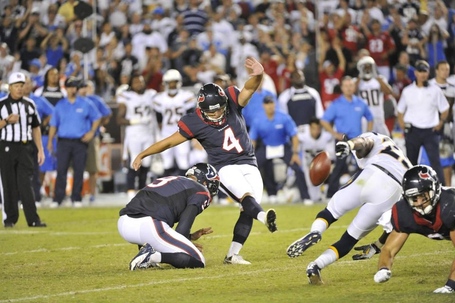 That was one of the most athletic interceptions by a linebacker in NFL history! 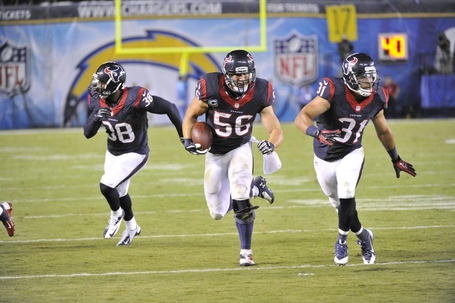 WR Andre Johnson - A man among boys, as usual for the G.O.A.T.

P Shane Lechler - Kicking the Texans through the wormhole into victory

RB Ben Tate - Running like a man on a mission

Coach Kubiak - For calling a fake punt and unleashing the Bulls in the second half !!

"It was a rough place - the seediest dive on the wharf. Populated with every reject and cutthroat from Bombay to Calcutta. It's worse than Detroit."

I've been around so long, things are starting to repeat themselves. Pretty sure I saw the Oilers play this exact game right after mastodons went extinct. - FreedomRide

That's OK, we are just spotting them 7 - Professortex

All of the booze, please. - TexansDC

The best part about that return was no flags - steelblue

I want to know what Dilfer thinks about how we do against elite QBs. Hearing it 14 times isn't enough - Underdogs01

Jean is killing us, did he hang out with Eric Winston in the off season? - Bobbythegreat

Everyone Loves an Iced Beercan (end of game FG) - GatorTD

GAME BLOUSES!!!!! KITTEN I love this KITTEN team! And now I'm going to throw up. - UprootedTexan

IT IS 0845 HERE IN KUWAIT and we could not be happier...All us Marines and Army guys just lit up the DFAC

SEMPER FI... and good night to all my brothers back home in H-town. - Texmarine 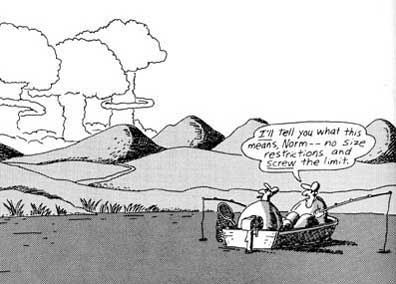 Let's go below decks to the mess hall and see what's cooking...

Slice jalapeno peppers in half, stuff with "Lil' smokies" or chorizo sausage (cooked), creme cheese, wrap with bacon, season with smoked paprika and sea salt and then grill until crisp. Serve with ranch dressing. Enjoy! 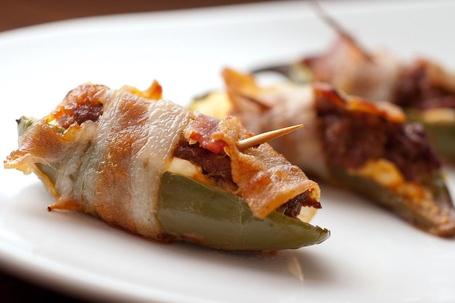 Need a new drink recipe? OK, pull up a stool and wet your whistle mate:

"Battle Red Bulls Up All Night"

Build over ice in rocks glass. Garnish with maraschino cherries. Chug and Cheer!!

Lestar Jean and Brice McCain left a lot to be desired with poor play, but I have confidence that will be addressed this week in practice and film room sessions. Instead of calling out the other guys who struggled, we'll look past that in game one as they shake off the rust. They won't escape the scrutiny next time though. If this team is going to make it to the goal of winning a championship, it takes constant attention to detail.

"There's no reason to become alarmed, and we hope you'll enjoy the rest of your flight. By the way, is there anyone on board who knows how to fly a plane?"

NFL record! Career games with 10 or more receptions and 100 or more yards. 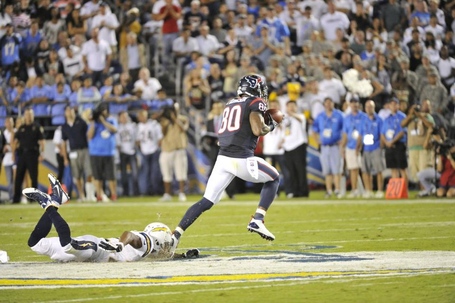 Thank you....the term "Sexiest Man Alive," for raising the question: If the word "alive" wasn't there, would someone different have won?

The Titans come to Reliant Stadium next Sunday September 15, with kickoff at Noon (CDT) on CBS.

For those attending the game, the theme is "LIBERTY WHITE OUT" so dress accordingly.

The headline image got cropped, so here it is in full... 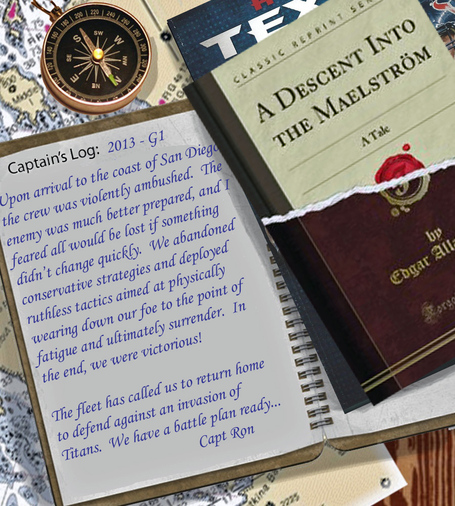 Last week's Captain's Log: "The Point of No Return"