It's only unnecessary because I'm showing you things you already know, but the devil is in the details. Let's take a look at the punt return touchdown coughed up by the Houston Texans' coverage unit in the loss to the Ravens.

Share All sharing options for: Unnecessary Film Study: The Punt Return Touchdown...Whose Fault Is It Anyway?

The Houston Texans gave up a jaw-dropping yet not surprising punt return for a touchdown in Sunday's game against the Baltimore Ravens. Fire Marciano, right? Of course! But how much blame should be put on the players?

Patrick Starr tweeted out a pretty damning picture of Tandon Doss right before he left three unblocked Texans with a severe case of weeble-wobble. The three Texans in question are Shiloh Keo, Bryan Braman and D.J. Swearinger. Take a look: 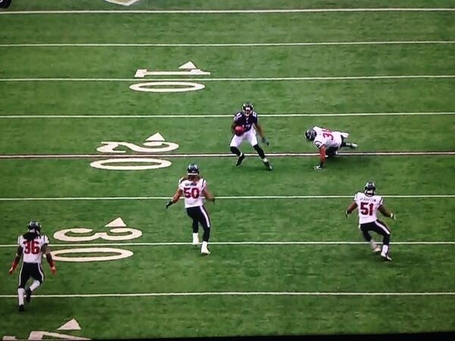 Keo overran the play and promptly took himself out of it, leaving Braman, Swearinger and Darryl Sharpton to make the tackle. Simple, right? Not so much. Someone must have switched Braman and Swearinger's cleats with tap dancing shoes because they never stood a chance. I compiled a few screenshots of my own below. 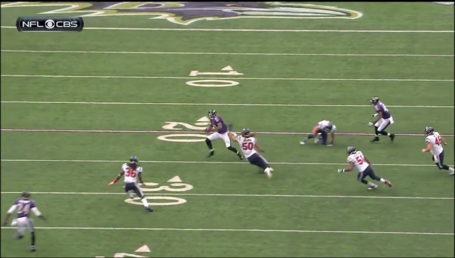 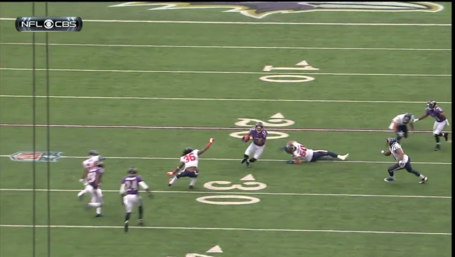 ...and a cut back inside is all Doss needs to outrun the rest of the coverage team. Depressing.

So I present the question to you, the reader, who may perhaps know a bit more than I do on this: How much blame does the special teams coordinator deserve when four players in close proximity to the ball carrier can't make the tackle?

It's hard for me to just blindly pin this on Joe Marciano when each player looked this bad. Assuming for a short second that the players are at fault on this particular play, who looked the worst out of the three?

For the purposes of discussion, let's nix the all-encompassing "they all deserve equal blame" answer and break it down individually in the Comments.  Let us hear it.

I'll leave you with a wide angle screenshot of the coverage team. 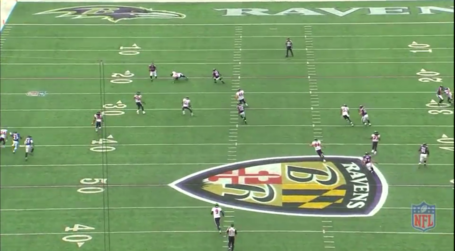