For those of you who are new to the program...

Once upon a time, I wrote a series of posts called "Freddy's Letters." They were reactionary bits involving the little pieces of my fan side that I don't normally let pop out in my writing. Most of them happened during the 2010 season, on SB Nation Houston. Because of the timing, they basically were just about how Kareem Jackson was bad at football and the people who employed him should feel bad.

See, I told you they didn't involve much reason.

Anyway, I am bringing them back this year, for however many weeks it takes until the baser responsibilities of my real job leave me numb to football. I'm just kidding! That never happens! Haha! (...Help me...)

Anyway, without further adieu, Freddy previews tonight's Chargers-Texans game. We learn how the Texans can bottle up Philip Rivers, what the best way to use Shiloh Keo is, and see why the Texans running game will be successful. 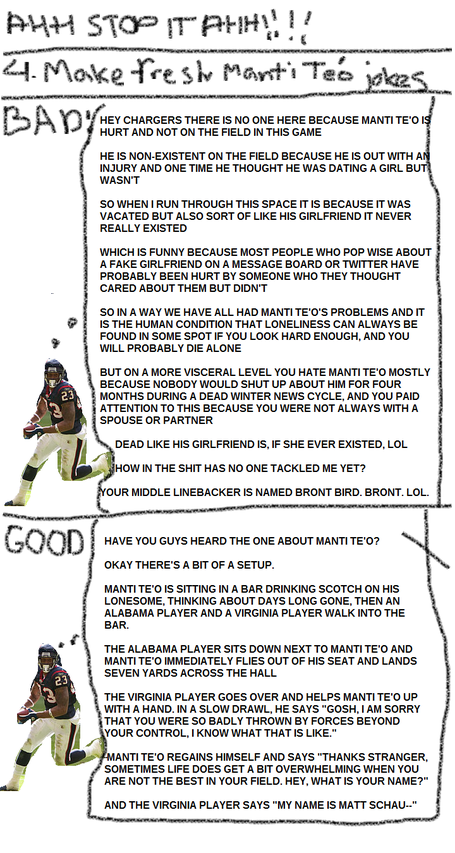 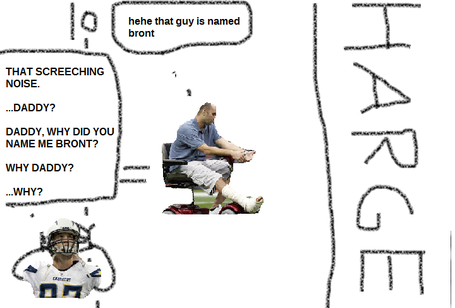