Three all-star free-agent signings by the Texans that didn't quite work out. Let the #Bamboozled meme begin!

Share All sharing options for: Houston Texans Free Agency: Free Agent Fiascos of the Texans' Past

As we edge ever closer to the precipice of free agency in 2014 (just two weeks away) and the potential of a $135M cap to work with; let's hope the Texans do a better job of avoiding former all-stars who have nothing left in the tank by the time they land in Houston. There are three that stand out as epic failures by the Texans: 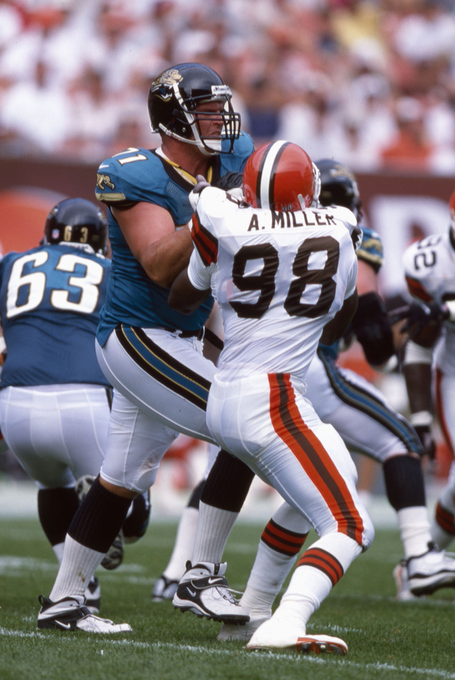 The three-time All-Pro, five-time Pro Bowl offensive tackle was expected to come to Houston in the Texans' inaugural season to protect David Carr's blind side. I was so excited about the Texans selecting Boselli first overall in the 2002 NFL expansion draft that I ran out and bought his Texans jersey. It's still in my closet.  Perhaps it's worth wearing if I ever get the "hipster" thing going.

Tony is technically the very first Houston Texan since the expansion draft was in February and the regular draft was in April of that year. Keep this in mind in the unlikely event this shows up as a trivia question. He was also the first-ever draft pick for the new Jacksonville Jaguars franchise in the 1995 draft.

A shoulder injury kept him from ever taking the field for the Texans, and he retired. Jacksonville arranged a symbolic one-day contract for Tony to retire as a Jaguar, and he was the first person inducted into that team's Hall of Fame. 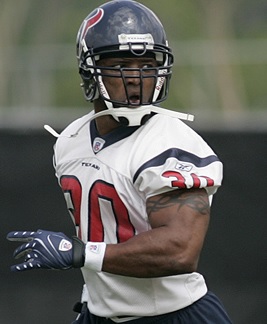 The All-Pro, four-time Pro Bowl running back signed a four-year, $23 million contract with the Texans to be reunited with former head coach Mike Sherman. Green enjoyed a stellar career with the Packers, with six seasons of rushing for over 1,000 yards. In 2003, he hit a career high 1,883 rushing yards, which stands today as a Packers' franchise rushing record.

I was pretty excited about this big name player heading to Houston, and I hoped he still had a year or two left in him. He only started in six games in 2007, rushing for 260 yards. He then started in eight games in 2008, rushing for 294 yards. His chronic ailments prompted this unusual (alleged) exchange between Green and Texans' general manager Rick Smith:

"Rick Smith called me into his office, and he didn’t know how to start the conversation so he just went right out and said it: ‘Ahman are you faking your injury?’ And I kind of took a step back; It was like a wow! This was probably the biggest eye-opening thing I ever experienced in my professional career."

"It took me everything in my power not to do something that I would have regretted," Green said.

Green was released by the Texans in 2009.  He played one more season for Green Bay, where he started eight games and rushed for 160 yards before retiring from the NFL. 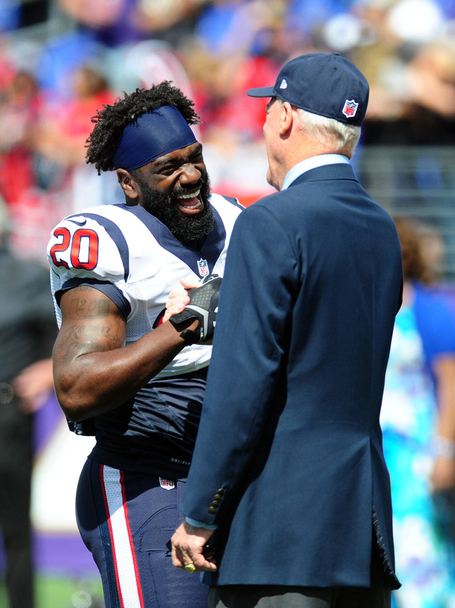 Coming off a franchise best 12-4 regular season in 2012, the Texans had won their second consecutive division title. It would prove to be a Groundhog Day experience for them in the playoffs again that season. For the second consecutive year, they had a home victory in the wild card playoff game against the Bengals at Reliant Stadium, only to come up short in the divisional playoff game the following week. The Texans were convinced they just needed a couple of pieces to take the team all the way in 2013.  Perhaps some veteran leadership in the secondary would help them defend against elite quarterbacks like Tom Brady.

Texans' 0wner Bob McNair sent Rick Smith on McNair's personal jet to fly Ed Reed into Houston for a visit, and many here at BRB got pretty excited about the prospect of the future Hall of Fame free safety joining the Texans. McNair said this at the press conference once Ed Reed signed with the team:

"Occasionally, we have the opportunity to bring in someone that can add a dimension to our team that really, really fills a need that we have. It’s not often that we have that opportunity. We’ve talked before about the fact that as we get into the playoffs, we have to have that level of mental toughness that will allow us to handle the increased pressures that are taking places in that point in time. In order to do that, we need to have veteran leadership on the field. Coaches are not out on the field during that period of time. The general manager is not out on the field. It’s the players out on the field."

"We have to have leadership from the players during those critical times. As a young team, we had very few veterans for obvious reasons. Now we’re developing those ourselves and then to have the opportunity to bring in somebody like Ed Reed, who has tremendous leadership ability and also bringing a dimension of being a great ball hawk which we have not had."

Reed then underwent arthroscopic hip surgery, missed training camp, and was inactive for the first two regular season games. He started the next seven games for the Texans, contributing a total of 16 tackles. He had no interceptions, no passes defended, and nothing else worth writing about. It was really a back-page story, since in those same seven games we watched the Texans' free-fall begin as Matt Schaub was busy pointing the ship's guns at the deck and sinking the season almost single-handedly with a NFL record-setting "pick-6" performances.

Ed was cut by the Texans mid-season when it was obvious he wasn't providing the on-field performance, leadership, or the "mental toughness" that was expected by his presence. He finished the rest of the season with the New York Jets, where quite remarkably he racked up 3 interceptions, 4 passes defended and 22 tackles.

Let's hope the Texans do a better job in 2014 with free agency. They have let a lot of guys go over the years who went on to perform quite well for other teams, and they have brought in exciting names like these three who were basically dead on arrival.

Share your thoughts below on these three tough experiences for the Texans; or any potential free-agents you are interested in, or concerned about, for this year.