Your one-stop shop for Houston Texans, local sports, and news from around the league for Friday, March 14, 2014.

Vince Wilfork, B.J. Raji could be fits at NT for Houston Texans - ESPN
The discussions about why defensive tackle Earl Mitchell wasn't a great fit for Romeo Crennel's Houston defense were made through comparisons. 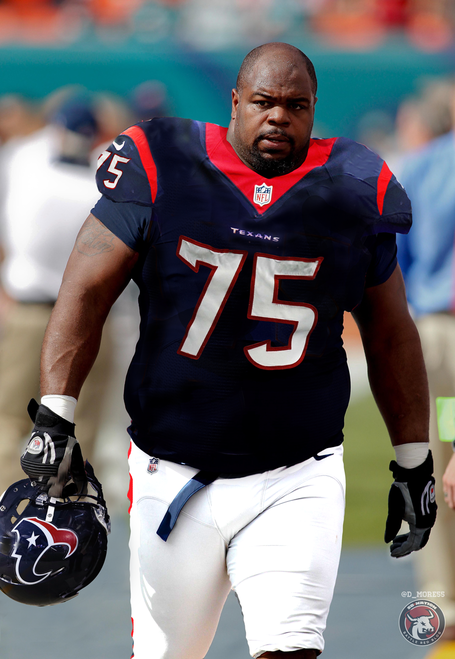 Texans 'On The Clock': Khalil Mack
The next in our Texans 'On the Clock' draft profiles, presented by Papa John's. We examine Buffalo linebacker Khalil Mack.

Texans may hold off on cutting Matt Schaub, try to trade him | ProFootballTalk
Matt Schaub is not expected to play for the Texans this season. But that doesn't mean the Texans are going to cut him. John McClain of the Houston Chronicle reports that the Texans are keeping Schaub for a while, and Schaub won't be going anywhere any time soon.

Nickel & diming: How subpackages have become the new base defense in the NFL - SBNation.com
Forget about 3-4 and 4-3 defenses or every-down players, specialization is the new paradigm among NFL defenses. Danny Kelly explains how that's impacting free agency and the draft.

'No Comment': The Adam Schefter and Ed Werder buddy-sitcom - SBNation.com
The dynamic duo of breaking NFL news as you've never seen them before!

Steve Smith to Panthers: There will be 'blood and guts everywhere' - SBNation.com
Steve isn't taking his release from Carolina very well.

NFL free agency 2014: Broncos, Patriots big winners on Wednesday - SBNation.com
The Patriots and Broncos had strong Wednesdays in the free agent market, while the Cowboys and Buccaneers ... didn't.

Astros Boxes Podcast: Even Podcasts Have Spring Training Episodes - The Crawfish Boxes
Visiting the Astros in Kissimmee and on the road. Spring Training and what it means nothing. Brett Wallas, George Springer, Marc Krauss, Jon Singleton and the Lexus guy.

Last night's question from @battleredblog was - The #Texans' decision to re-sign Garrett Graham and release Owen Daniels was __________. #TTTQ

@battleredblog - always going to happen. But I think they paid too much for GG. And by think, I mean know.