Your one-stop shop for Houston Texans, local sports, and news from around the league for Tuesday, March 18, 2014.

Matt Schaub being shopped by Houston Texans - NFL.com
The Houston Texans are trying to trade Matt Schaub, Ian Rapoport reports, and the Browns and Raiders are interested. But what are the chances that either team actually pulls the trigger on a trade for the QB?

Report: Texans 'pushing to trade' Matt Schaub; Browns, Raiders interested | Audibles - SI.com
The Houston Texans are expected to part ways with quarterback Matt Schaub at some point in the offseason, but first they will make one final push to find a trade partner willing to give up some compensation in exchange for the signal-caller who turned in to a pick-six machine and was benched in ...

More on Bridgewater's weight - Houston Texans Blog - ESPN
Twenty-nine teams have gathered at the University of Louisville's pro day, according to the university's official Twitter account, and they'll get...

SB Nation selects... Oh no Pittsburgh! - SBNation.com
Trades are fun, except when they go TERRIBLY wrong.

Cowboys Sign Brandon Weeden To Two-Year Contract - Blogging The Boys
Dallas has signed another free agent, but not the big one everyone is hoping for.

Starks Reportedly Agrees to New Deal with Packers - Acme Packing Company
After testing the free agent waters, James Starks is expected to sign a two-year deal to remain in Green Bay with the Packers.

Introducing new Raiders WR James Jones - Silver And Black Pride
There are few athletes I respect more than James Jones, and it is easy to see why. Living homeless didn't break him, not having Aaron Rodgers throwing to him wont either.

Astros news: Scott Feldman to start Opening Day - The Crawfish Boxes
In a shock to no one, the Luhnow Regime's first big free agent signing will start Houston's first game.

Spring training 2014: The newness of Brad Peacock's new changeup - The Crawfish Boxes
When is a pitch new? What can we learn from this story?

Rockets lift off, Jazz eat our exhaust, 124-86 - The Dream Shake
Extending their home game winning streak to 9, Houston blew out an under-talented Jazz squad. Impressive contributions by all marked a cathartic beating of Utah; TJ went for 30, Asik started in place of Howard and ended with a double-double.

Previewing the NCAA Tournament South Region - Burnt Orange Nation
The South Region looks like a relatively smooth path for Florida. But Kansas, Syracuse, UCLA, and VCU may have something to say about it.

Red Raider Gridiron | Morales Ready; Clark Has Options - Viva The Matadors
Tony Morales returns from injury and is looking to make an immediate impact, while Le'Raven Clark has options about where he'll play next year.

NCAA Tournament 2014 | Baylor's Draw in the West - Our Daily Bears
Despite what looks at first glance like a fairly favorable draw, Ken Pomeroy's advanced statistics show that Baylor has quite the difficult road to the Final Four in Dallas.

Last night's question from @battleredblog was - The idea of the #Texans signing Mark Sanchez makes me ___________. #TTTQ

@battleredblog Think your front office is a poorly-coded DOS program. 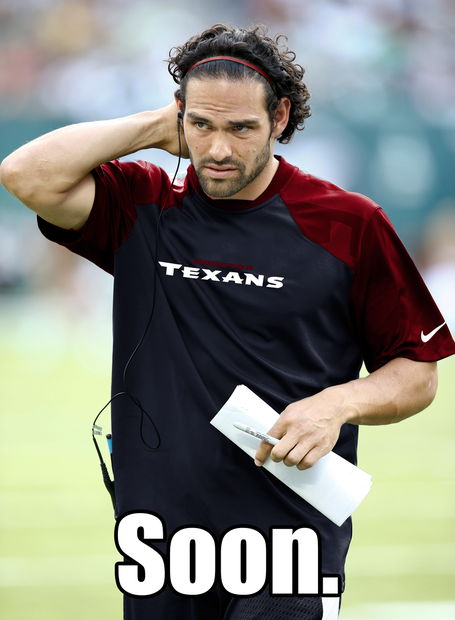