NFL To Experiment With Longer PAT Kicks In Preseason

The NFL has taken away dunking on goal posts, but at least they have given us something in return - more opportunities to potentially despise our kickers.

Share All sharing options for: NFL To Experiment With Longer PAT Kicks In Preseason

Patriots coach Bill Belichick made a compelling (monotone or not) argument in front of the NFL competition committee this week to make extra point kicks after touchdowns a "more competitive play". The NFL has agreed to try out moving PATs to the 20 yard line, which would make the length of the kick approximately 37 yards.

Modified PAT will be experimented in weeks 1 and 2 of preseason. Kicks will be from the 20.

This new distance would increase the likelihood of a missed extra point from virtually nonexistent to around 10-15%. 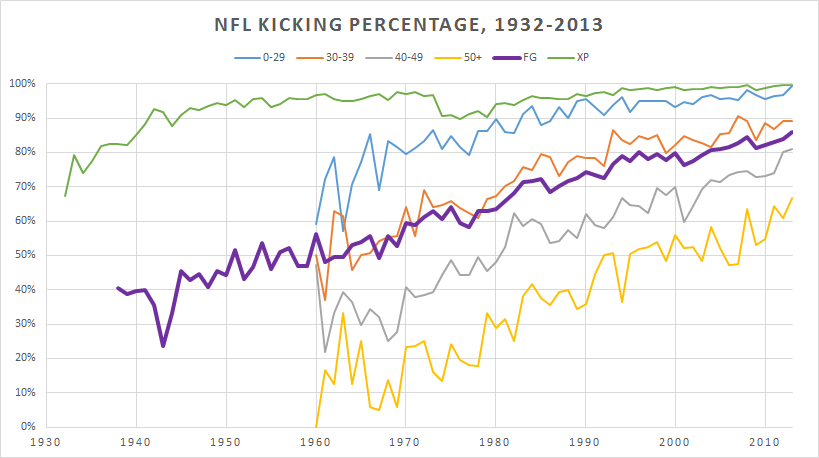 It remains to be seen if a small two week trial period will do any good in determining the merits of a potential rule change, but I suppose it can't hurt. It is just the preseason, after all.  How else are we supposed to be entertained if not inventing new drinking games based on Randy Bullock missing extra points?