Houston Texans Players Statistically Most Well Behaved In The NFL

Professional athletes are like real life super heroes for the youth of America, but just how law abiding are NFL players when looked at on a team-by-team basis?

Share All sharing options for: Houston Texans Players Statistically Most Well Behaved In The NFL

The NFL offseason is notorious for very talented, very rich young athletes doing very, very dumb things. From DUIs to assaults to the occasional (alleged) homicide, some professional football players tend to toss aside sound decision making skills when the pads come off.

Since the start of this millennium, no team has had more arrests than the Minnesota Vikings at a whopping 44. For those counting at home, that is 3.14 arrests per year over the last fourteen years. Crime is not the first thing you think of when you look at the blue collar, midwestern vibe of the North Star State, and yet the Vikings managed to set new lows on the morality scale anyway.

Your hometown Houston Texans, however, have been a model franchise by comparison when it comes to players staying out of trouble. With just nine total arrests since the franchise's inception in 2002, the Texans' yearly average for incarceration is 0.75. In other words, Vikings have been arrested over four times more often since the year 2000 than Texans. Our sister site, Bleeding Green Nation, put together this handy graphic showing every NFL team's arrest count in the last fourteen years. 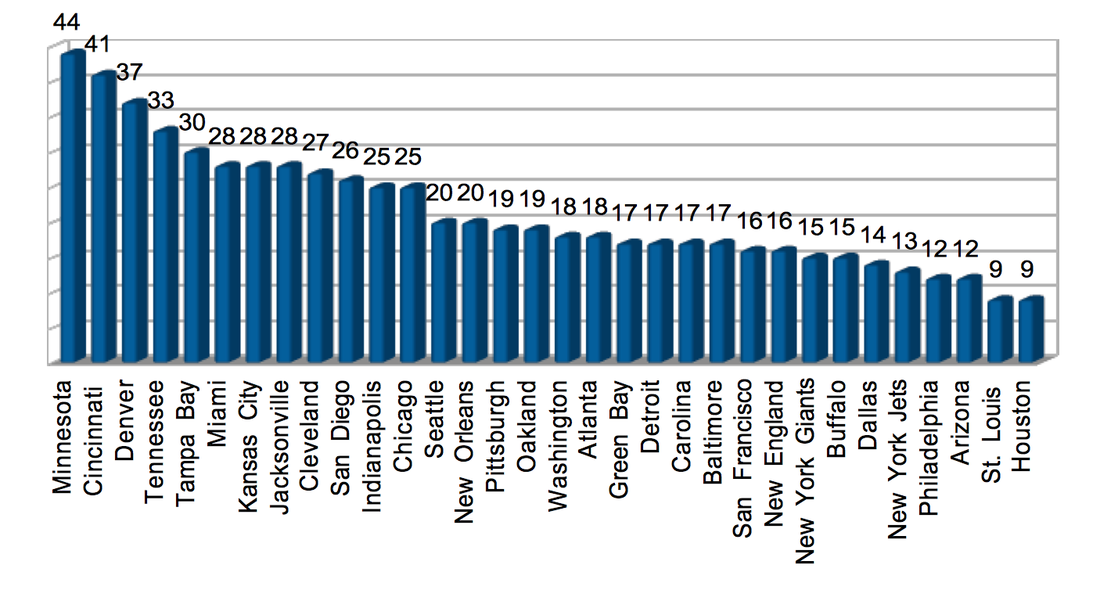 With owner Bob McNair placing a premium on players of good character being brought into his club, it is not surprise that Houston ranks as one of the "good guys" of the NFL. Andre Johnson, J.J. Watt, Brian Cushing, and Arian Foster may be easy to root for on the field, but they are even easier to root for off the field.