They got his powers all wrong, though. No extendable bionic left arm? No giant burritos eaten? No frickin' laser beams? Stay tuned for movie rumors.

It took a giant, multi-national corporation to finally express J.J. Watt's greatness in comic book form, but we'll take it. J.J. Watt and the Houston Texans take on the Tampa Bay Buccaneers in this short comic strip by a certain sports drink-maker. There's some subtle product placement, so keep an eye out and see if you can guess which company it is. 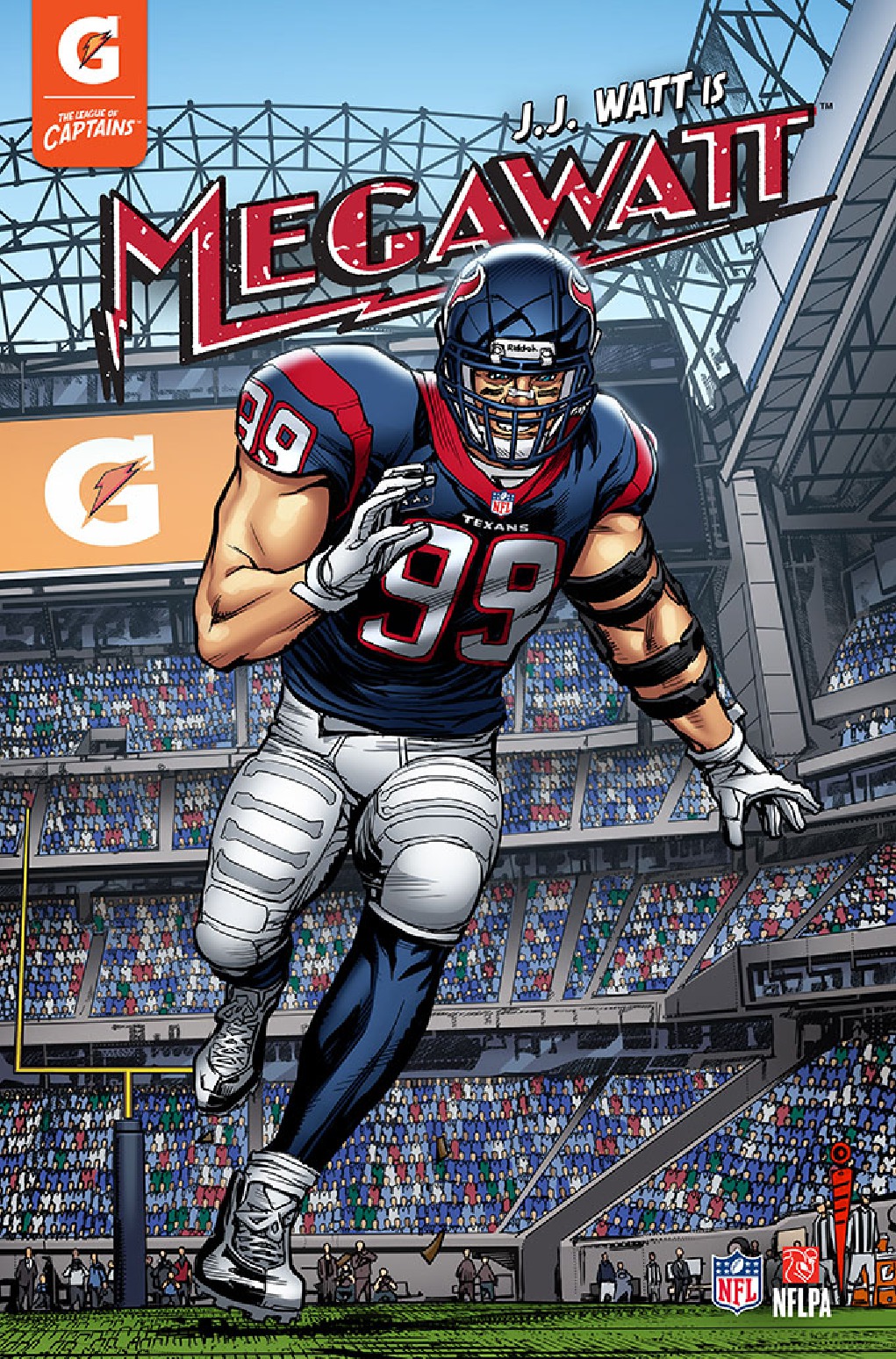 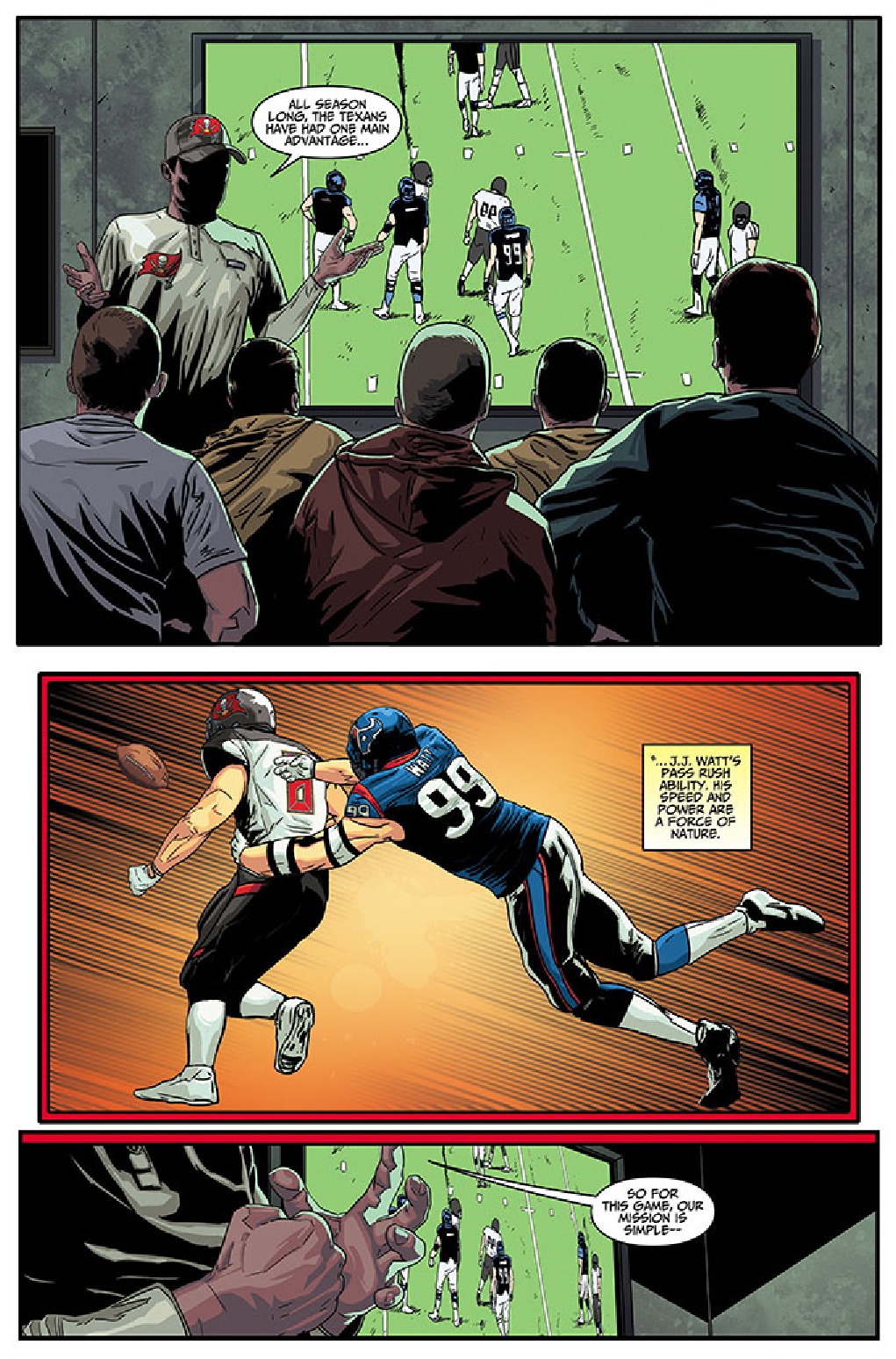 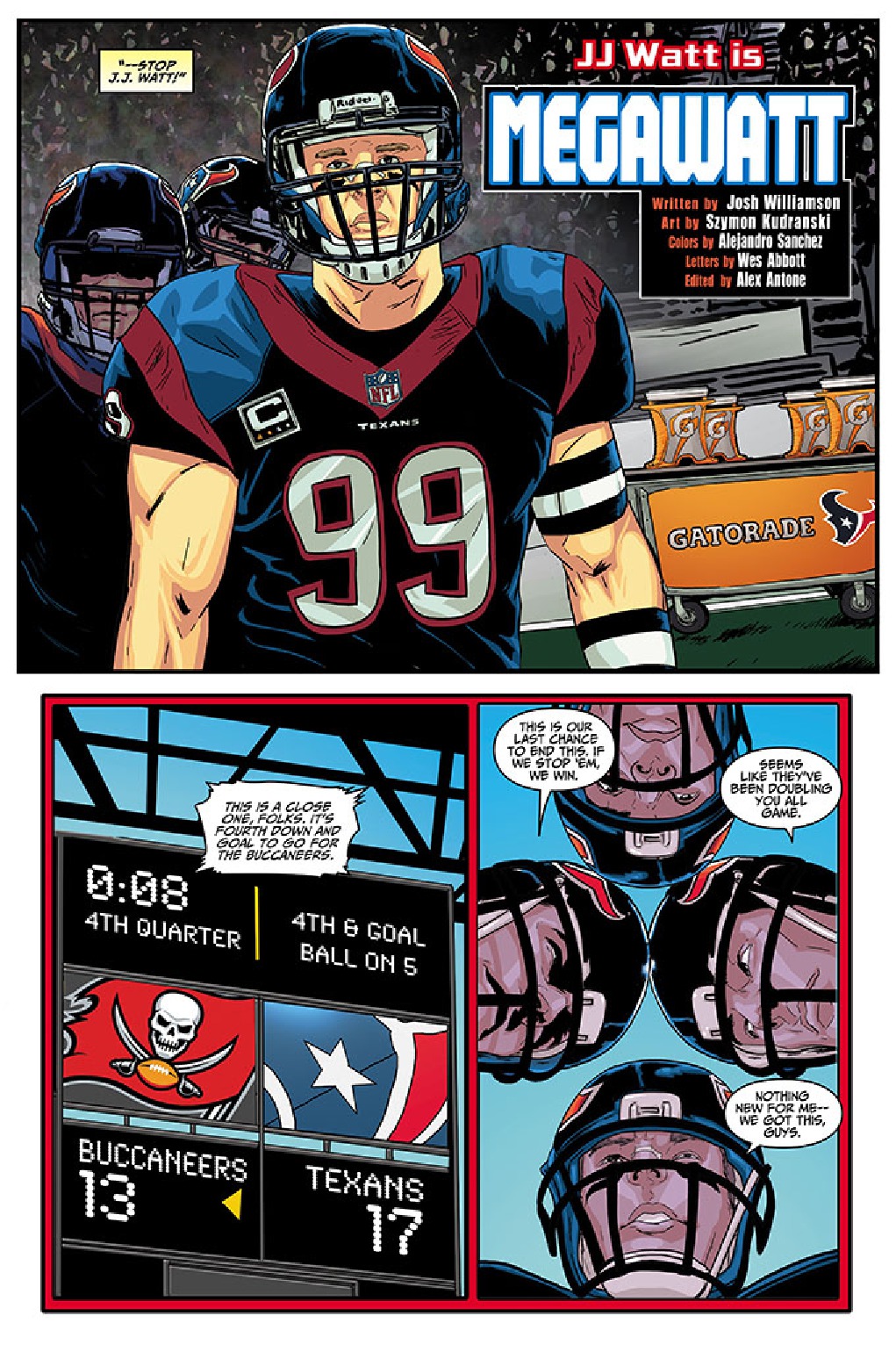 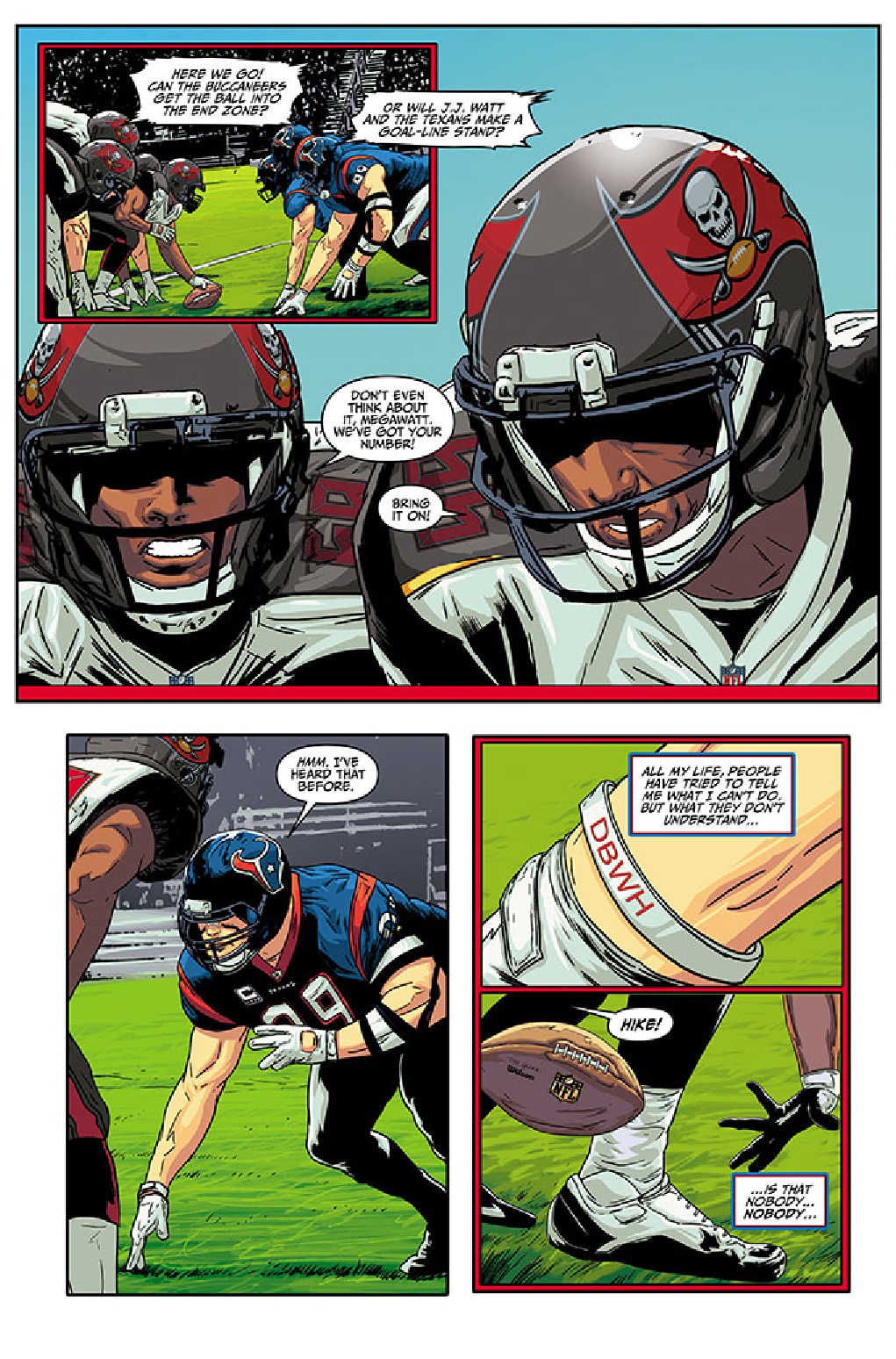 The overly cocky offensive linemen are overly cocky. Do linemen ever talk trash to each other during a game? I would love to hear something like this if it ever happened. I assume both sides would be too preoccupied with the snap count, but surely there's a little time to drop a nice comment about an opponent's mother. Something like...

"I bet your momma would excel in a two-gap scheme, bro. She prefers it even."

"How many double teams does yo momma command on a nightly basis?"

I'd love to listen to all the stuff they don't include in episodes of SoundFX. 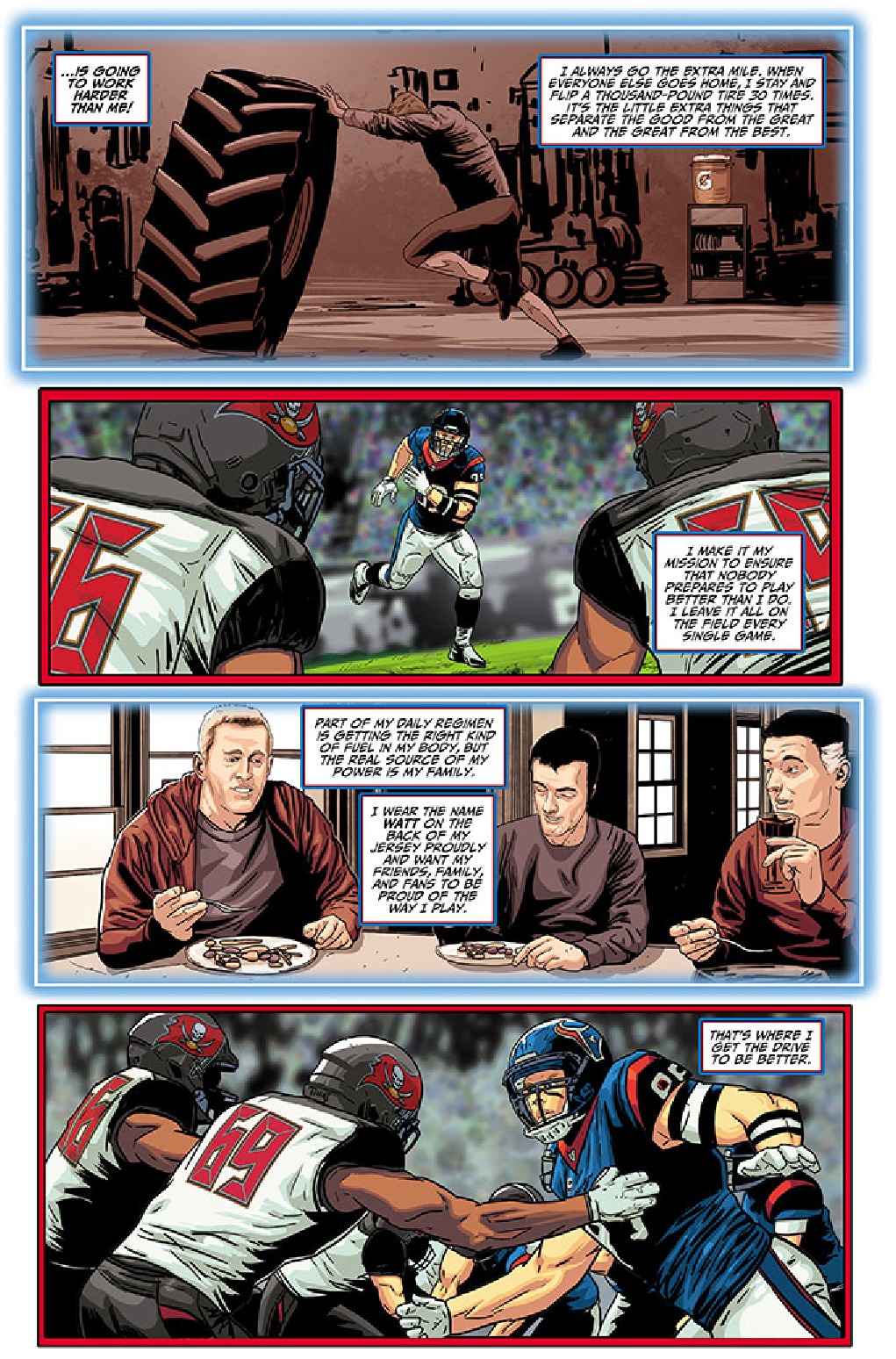 I didn't know that Watt was related to the stretchy guy from the Fantastic Four... 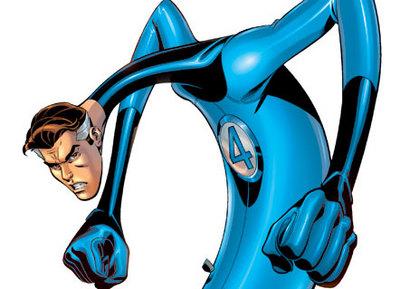 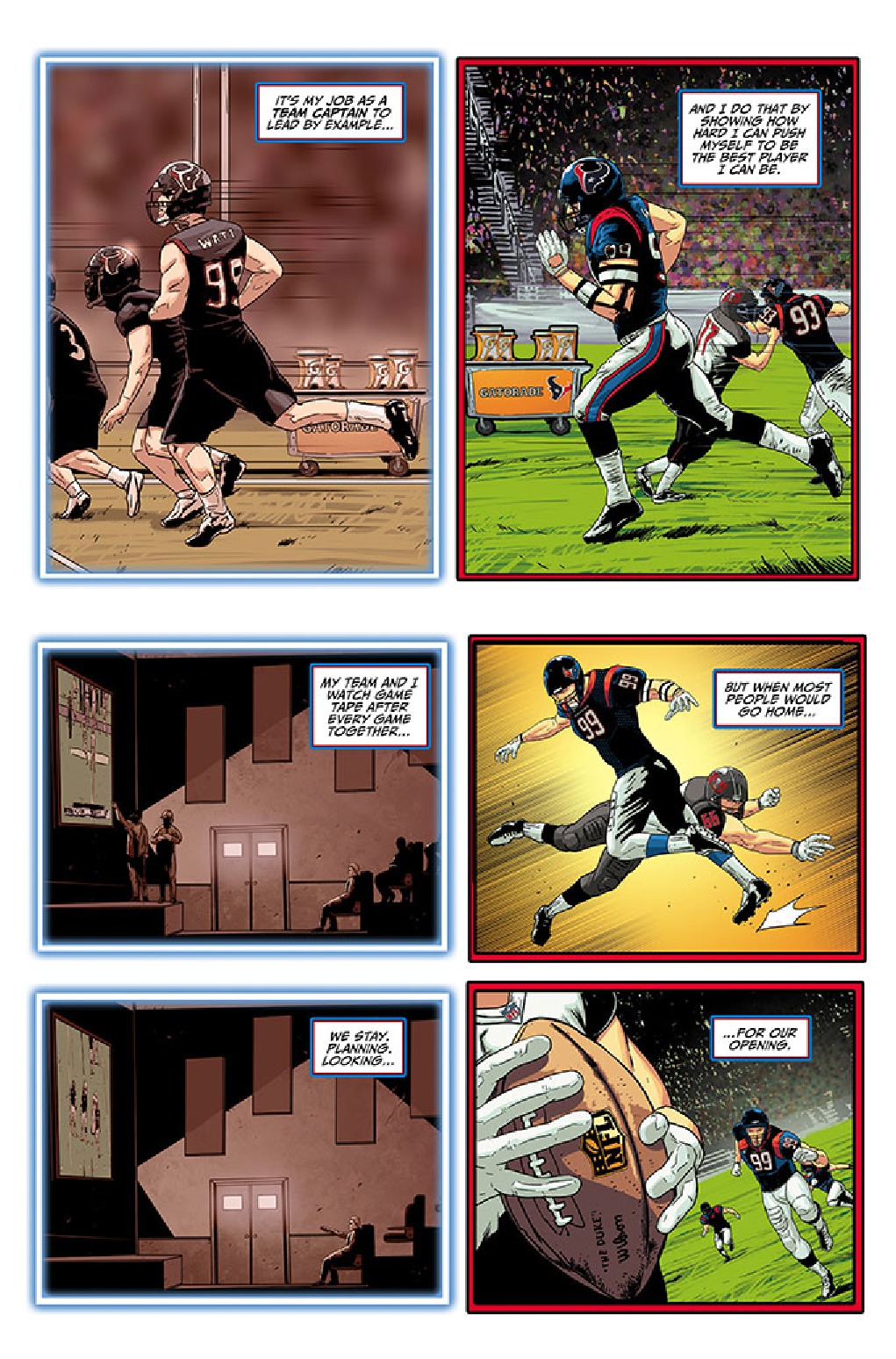 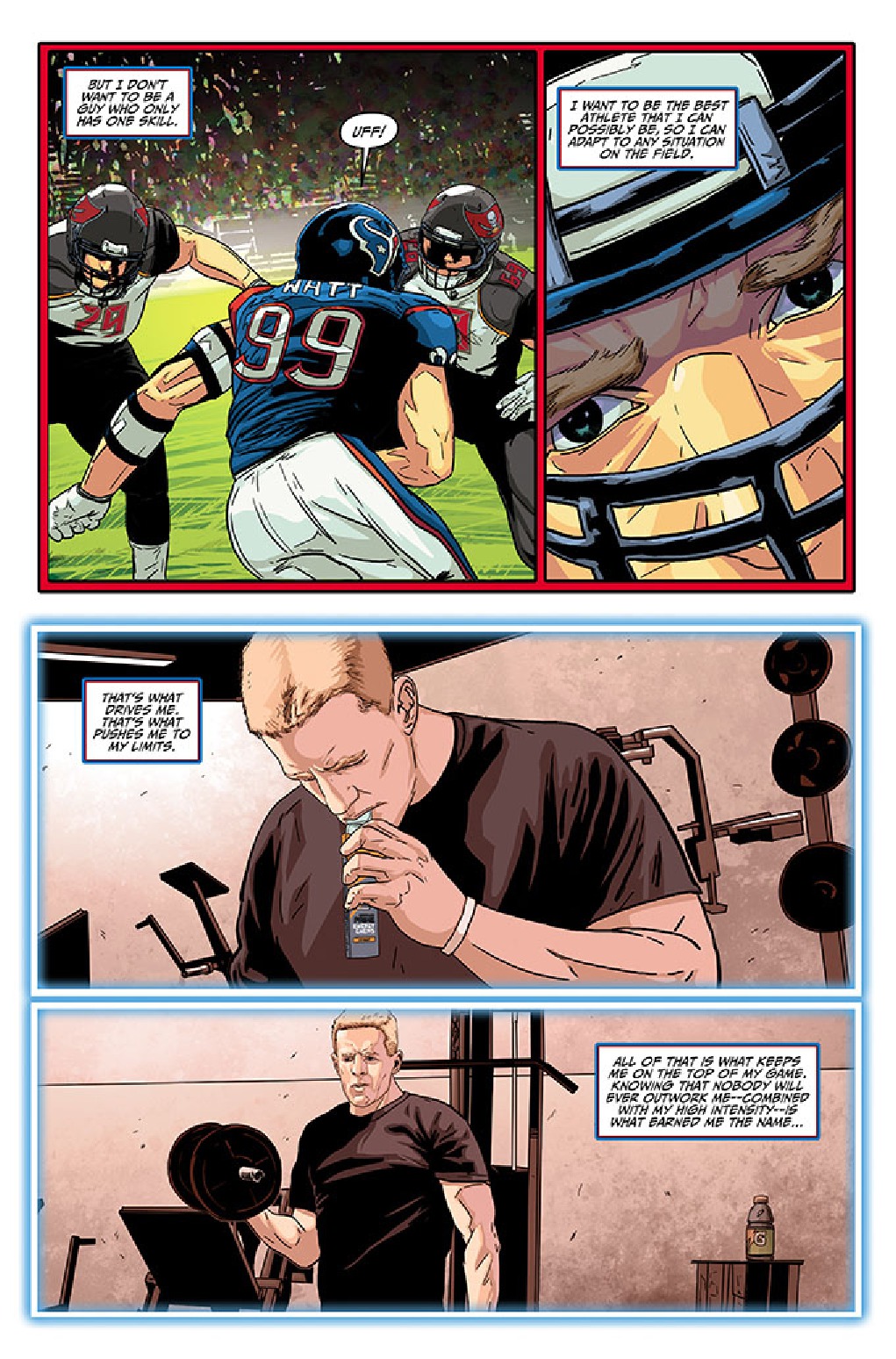 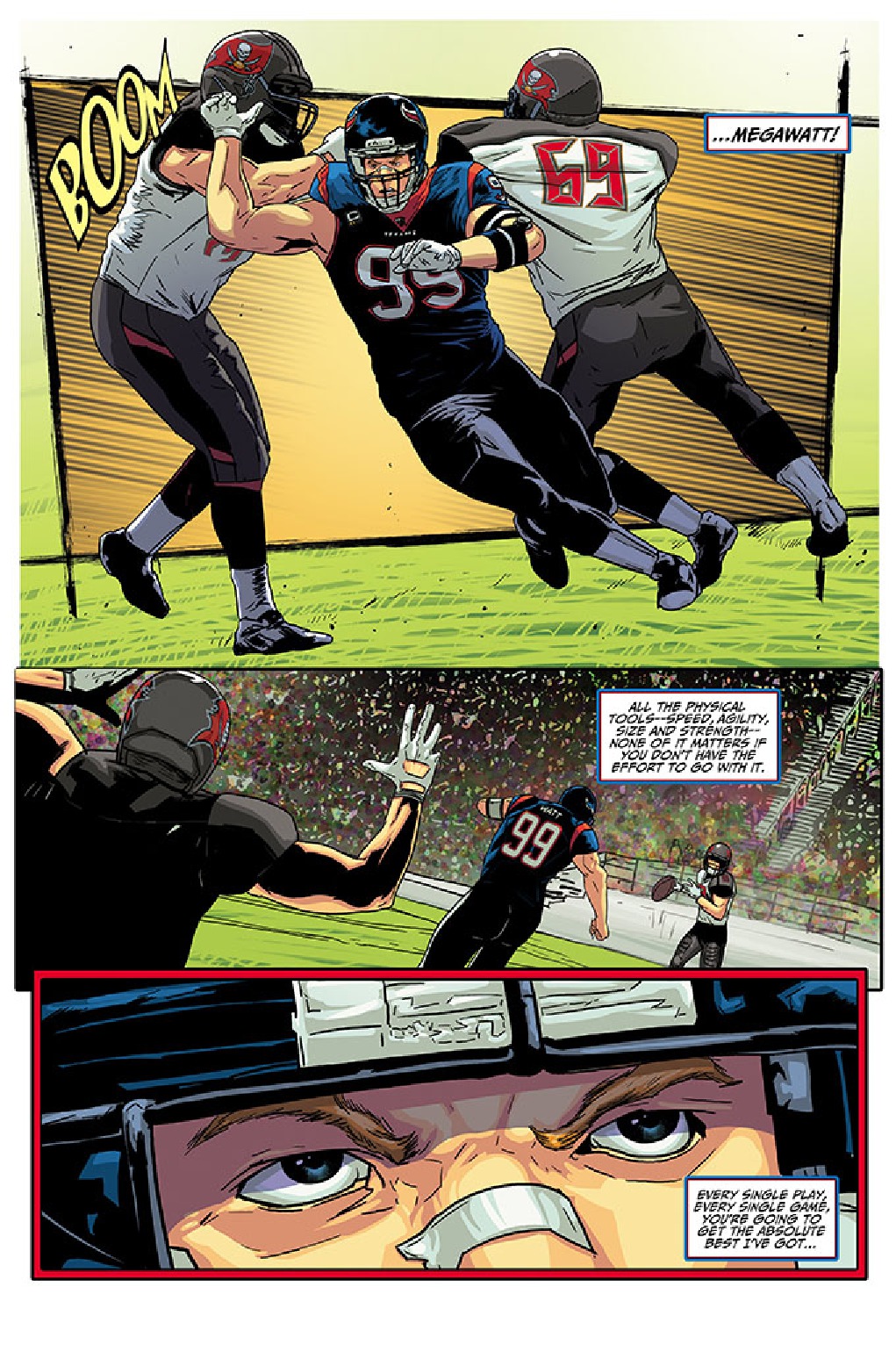 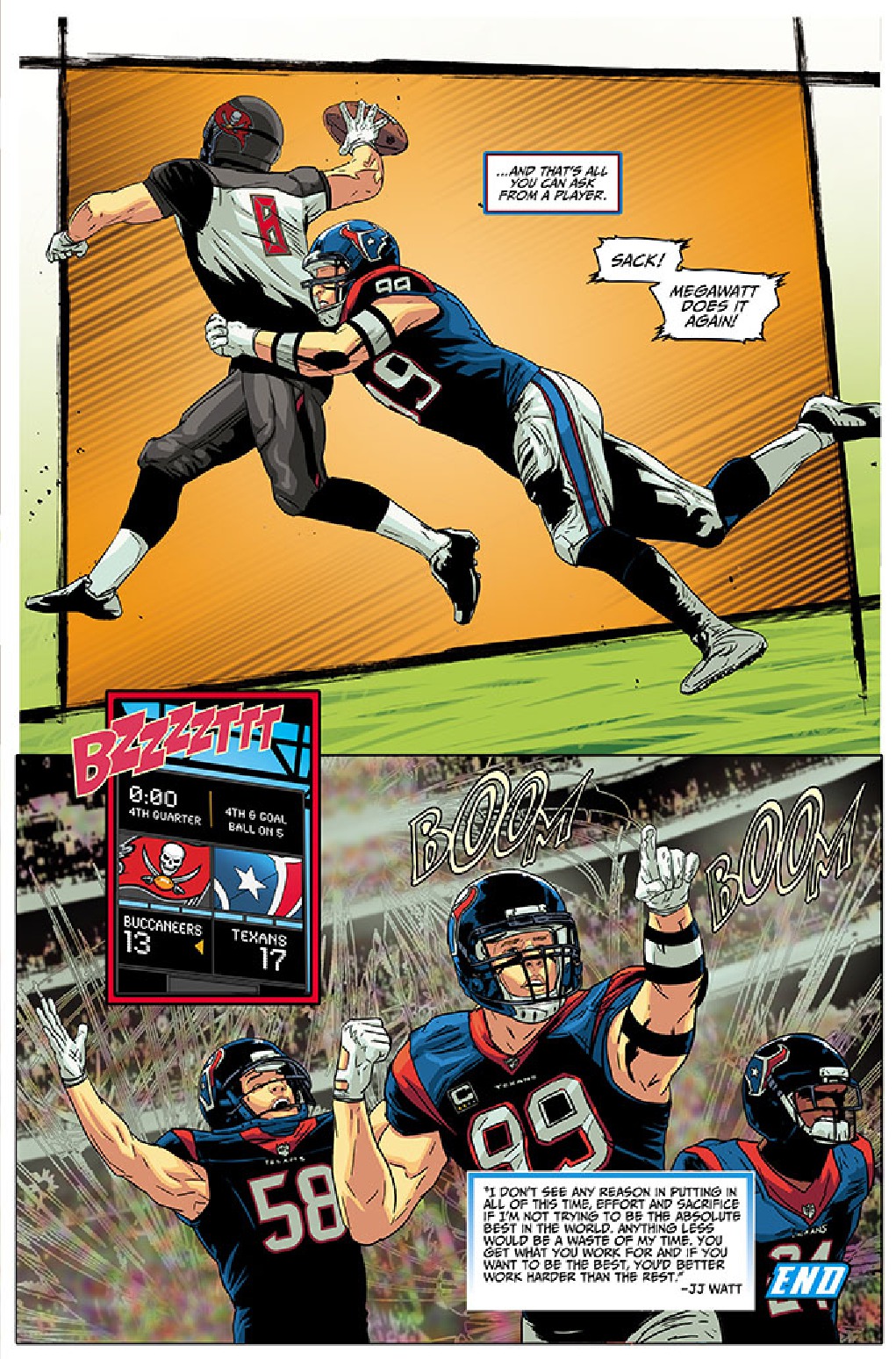 Did the Houston Texans just win the Super Bowl? I can dig it. Also, token black guy makes an appearance, and it's Johnathan Joseph! 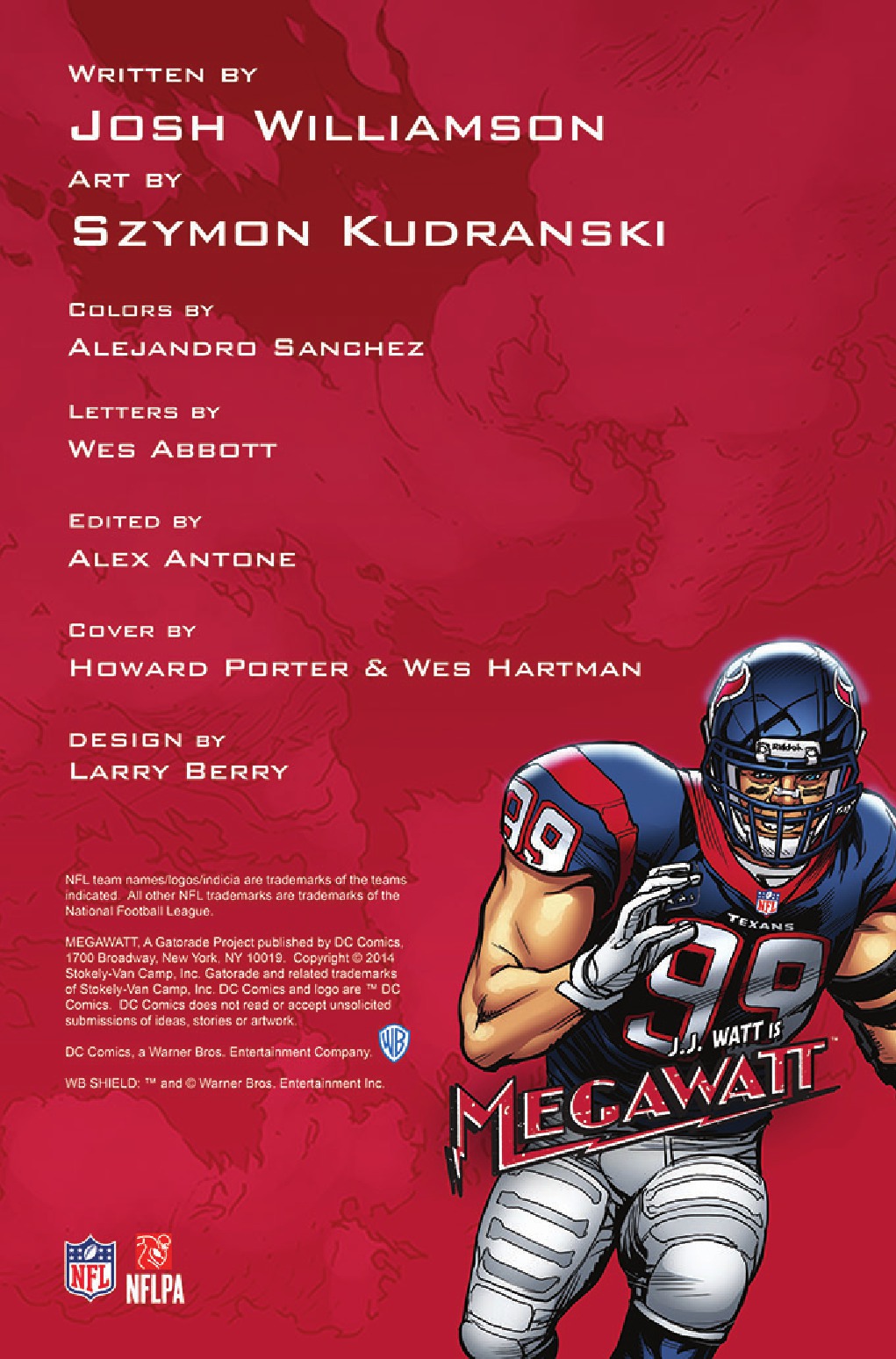 Did they have to make it against the Buccaneers of all teams? Why not the Colts or Titans? Or if this really was the Super Bowl-- why not the Cowboys?  Every hero needs a villain, and any one of those teams would have sufficed.
Gatorade has made several of these so far, but so far Watt is the only non-quarterback. Check out the rest here.