Texans fans are a repetitive bunch. See what words they used the most during last night's Falcons-Texans matchup.

Ever wondered what words BRB’ers are most fond of while watching their beloved Texans play football? Us too, so we made a handy dandy world cloud out of the comments from last night’s game threads! 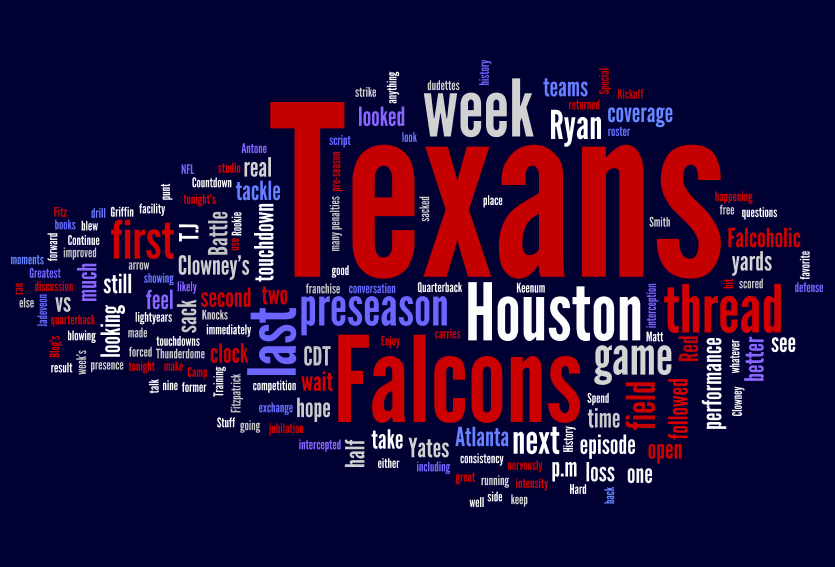 "Texans" and "Falcons" were obviously the top two words used last night, but I found it interesting how big of an impact Jadeveon Clowney’s escapades made when scanning the lesser used words in the cloud. "Antone", "special", "history", "greatest", and "sacked" all show little hints at the feelings that the first overall pick gave every single Texans fan during his two series' of action. Clowney seems to do something ridiculous every time the cameras start rolling. Do not be shocked to see his name becoming bigger and bigger in the cloud with each passing week.