The Texans have arranged the sale of shirts where 100% of the proceeds will go to the Lymphoma Research Foundation in David Quessenberry’s name, with the goal of reaching $100,000. Read on to see how you can make a difference.

Share All sharing options for: Houston For DQ: Shirts Available to Raise $100K

Drafted by the Houston Texans in 2013, David Quessenberry hasn't had the best experience since arriving in Houston.  His beloved F-350 truck was stolen during camp last year, then he was injured with a broken foot that caused him to miss the 2013 season, and then he was diagnosed in 2014 with a unique form of cancer.

We all know how neighborly and loving the people of Houston truly are, so now it is time for you to show that to David by supporting his battle.  Here is how you can get involved:

The Mothership posted THIS STORY of how Chris Myers, Duane Brown and the Texans are showing support for David Quessenberry, and they are inviting the fans and local community to get involved.

In June, Texans offensive tackle David Quessenberry was diagnosed with non-Hodgkin’s T-cell lymphoblastic lymphoma. As the 23 year old began aggressive chemotherapy within days of diagnosis, an outpouring of support from his Texans teammates, the Houston community, and strangers arrived in the form of encouraging tweets, Instagram images, bracelets and YouTube videos.

On Saturday, the organization took their support of Quessenberry’s mission to beat cancer one step further. In an effort led by fellow linemen Chris Myers and Duane Brown, the entire team and coaching staff wore a special "TEXANS FOR DQ" t-shirt to practice to launch a fundraiser for lymphoma research.

"You sit back and think about David Quessenberry dealing with what he has to deal with and we have no complaints in the world," Myers said. "With everything going on with David right now, this season is obviously going to be dedicated to him."

The shirt is available for fans at the Go Texan Store and http://shop.houstontexans.com/search/DQ. All proceeds from the sale of the shirts will be donated to the Lymphoma Research Foundation in Quessenberry’s name, with the goal of reaching $100,000.

The Texans are naming Thursday, Aug.14 #DQStrong Day. Once again, the entire Houston Texans staff will be sporting the shirt and encouraging the Houston community to do so, as well.

Supporters can follow David on Twitter @DavidQberry and reach out with a #DQStrong tweet. He frequently posts messages and pictures to show his progress and his backing of others who are fighting the same battle. 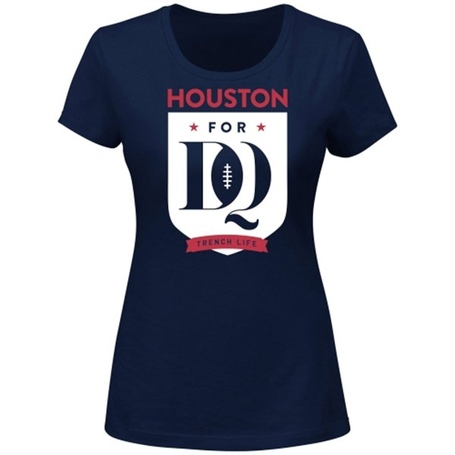 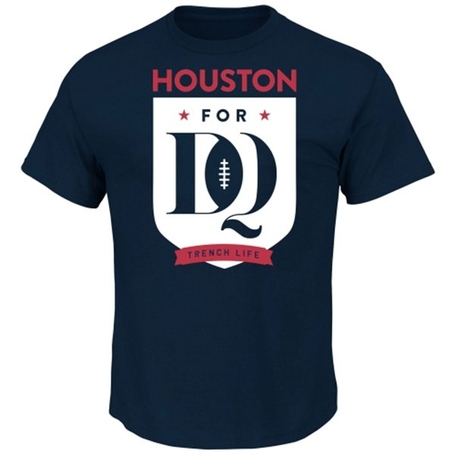 
Will You Support David?

Let's show the fans around the NFL how Houston takes care of its own, and may all of you BRB readers lead the charge by getting behind this today!  I'm ordering these t-shirts for my wife and daughters as well.

Once these shirts are delivered, go take a photo somewhere interesting while wearing it and we can organize a future article where you can share the images with us here on BRB.  You can always crop out your face if you want to remain anonymous.

Please use the comment section below to share your thoughts on this great campaign and how you will participate.

Every day should be #DQStrong Day. Weather has been amazing! #Texans pic.twitter.com/r6GBhKywrC

Everyone is wearing their #DQStrong shirts on support of @DavidQberry's battle with lymphoma. #Texans pic.twitter.com/YrfrjoVr0O