One thing is for certain for this past Giants game. The whole team effort thing seems to be taking hold as the Texans really worked together, just in a negative way, for the team to suck this past game. (Note: I am taking nothing away from the Giants performance, they tried really hard to give the Texans the game, and when they saw the Texans refused to take charge, they exploited the weaknesses and had a decided victory)

While watching the convincing defeat of our beloved Texans, I made some completely objective observations about the game. I was able to completely compartmentalize my fandom and look at the game scientifically and without any bias whatsoever. Here are my conclusions (with bits of evidence thrown in for good measure).

The number of missed tackles by Texans players this past game. Don't doubt me, I carefully watched 3 running plays by the Giants and I extrapolated using science and math to get to this number.

Does Jennings have some sort of Texans repellent? Seriously, he racks up yards against the Texans every time he plays against us. It got so bad that even Giants players joined in to help with tackling him. Here is indisputable photographic evidence: 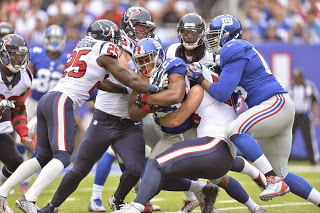 I don't think Prosch is very good. This seems to be his normal playing position so far this season. The only evidence I have in this post is this photograph. 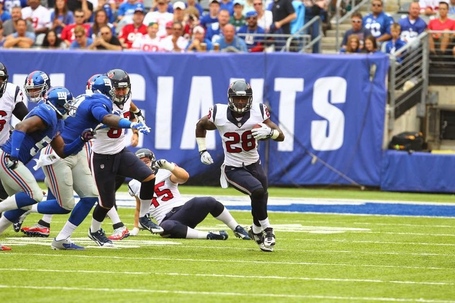 I am no expert, but something seems definitely wrong with this photo. 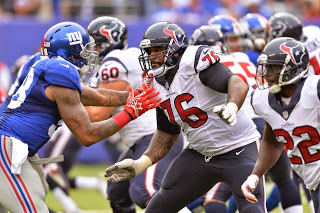 #HoboQB used his patented Dumpsterdive™ move several times in this game. He doesn't slide, he Dumpsterdives™! He was not real good at it all game, although it did result in one touchdown. 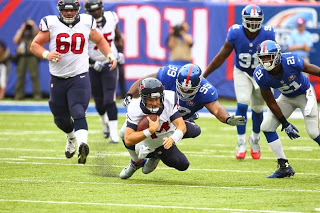 Since #HoboQB has had his influence on the offense, it even made Arian Foster to opt for begging for food from the sidelines instead of playing in the game. I think this whole #Hobo thing is beginning to have a negative effect on the team. 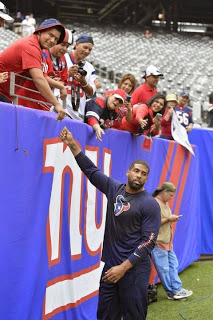 Victor Cruz owns a DeLorean. My evidence of this is that he managed to bring back 2011 Kareem Jackson. I know this because Kareem Jackson falls down was brought back into this game. (I also believe he has taken flying lessons from Keo - but this has not been documented - yet!) 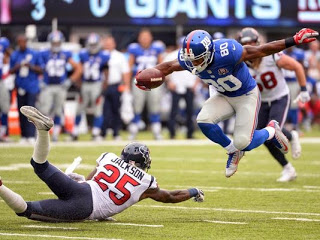 One of the few positives from the game was that apparently the Texans have managed to successfully take the new improved holoprojector on the road. We witnessed Holomatter again. 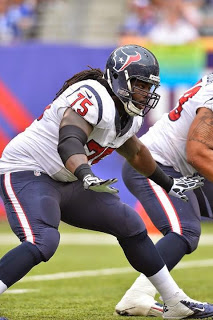 Apparently Nuk was really good at playing keep away when he was a kid. I mean, I would not have wanted to have to play against him on the school grounds of Flato Elementary when I was a kid. 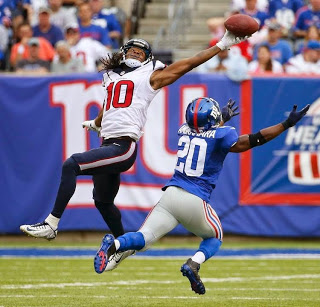 I have come to the conclusion that we need to get JJ Watt to salute more during the games. There is a direct correlation between the number of sacks and number of salutes for him. I have tracked this for some time, and I am convinced we need to just get him to salute more. This also is undisputable scientific evidence. 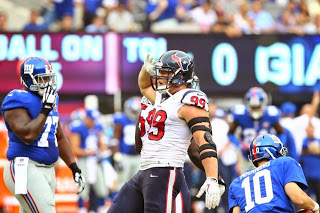 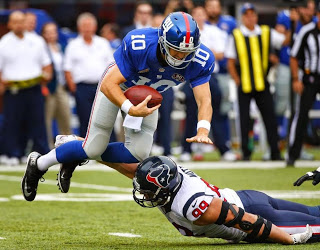 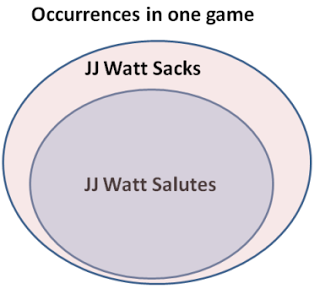 Now, I have another scary scientific observation for this year. For this we need to look back at the Raiders game and this game together. Whenever one of players does something they ordinarily do not do on offense, there is a direct negative effect on that player's regular performance. For this I present: 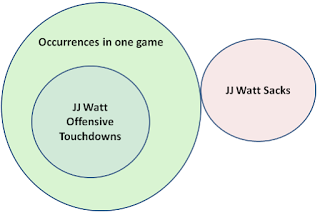 Giants Game: Shane Lechler throws a pass for a 1st down on fake punt - result: punt gets blocked and he gets injured. You cannot argue with science. 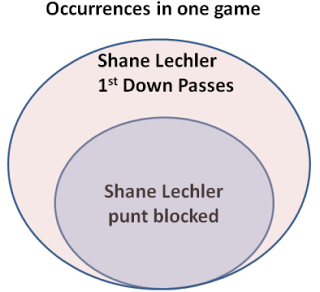 Well, I hope the Texans can use my unbiased scientific research in this post to find ways to improve from here on out. I am just trying to make my thingy the best it can be.

1. This post could have also been about hands - one handed catch by Nuk, One handed sack by JJ Watt, and the WTF Duane are you not using your hands?