I have had the good fortune to attend several Texans Training Camps over the years. I am not sure which one was my first. 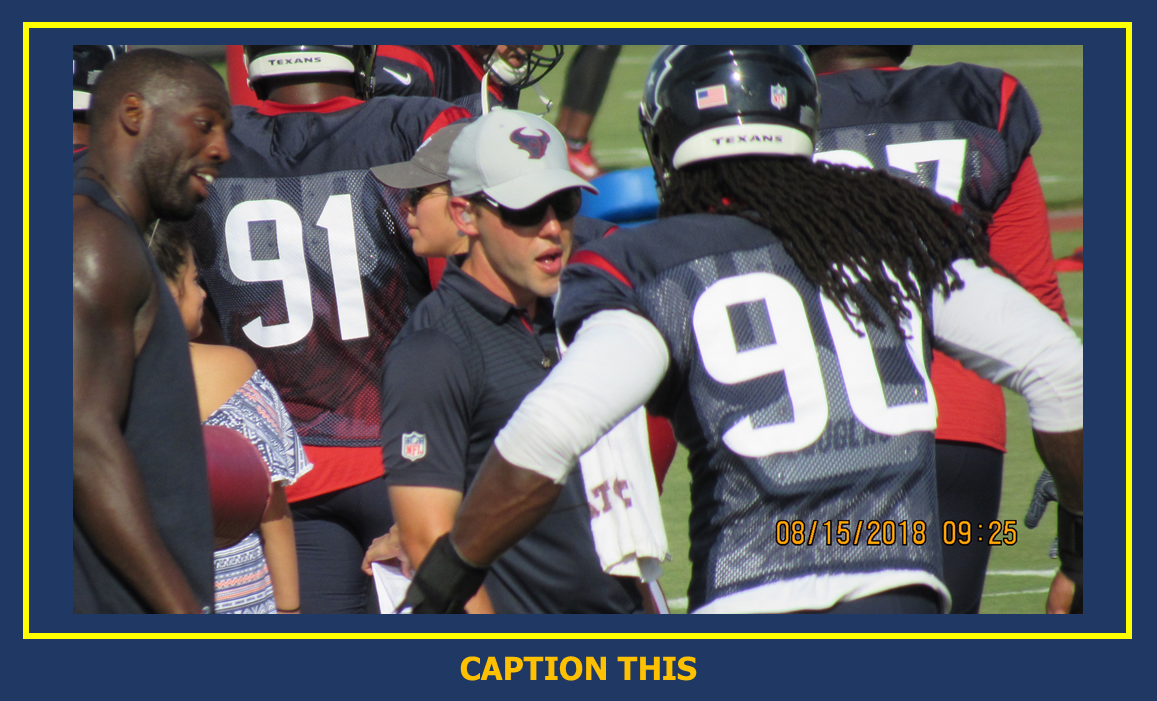 Today's practice session was without a doubt the slowest paced practice I have ever witnessed. I have to make the note here that I have not seen a joint practice with another team. This may be why the pace was so slow. 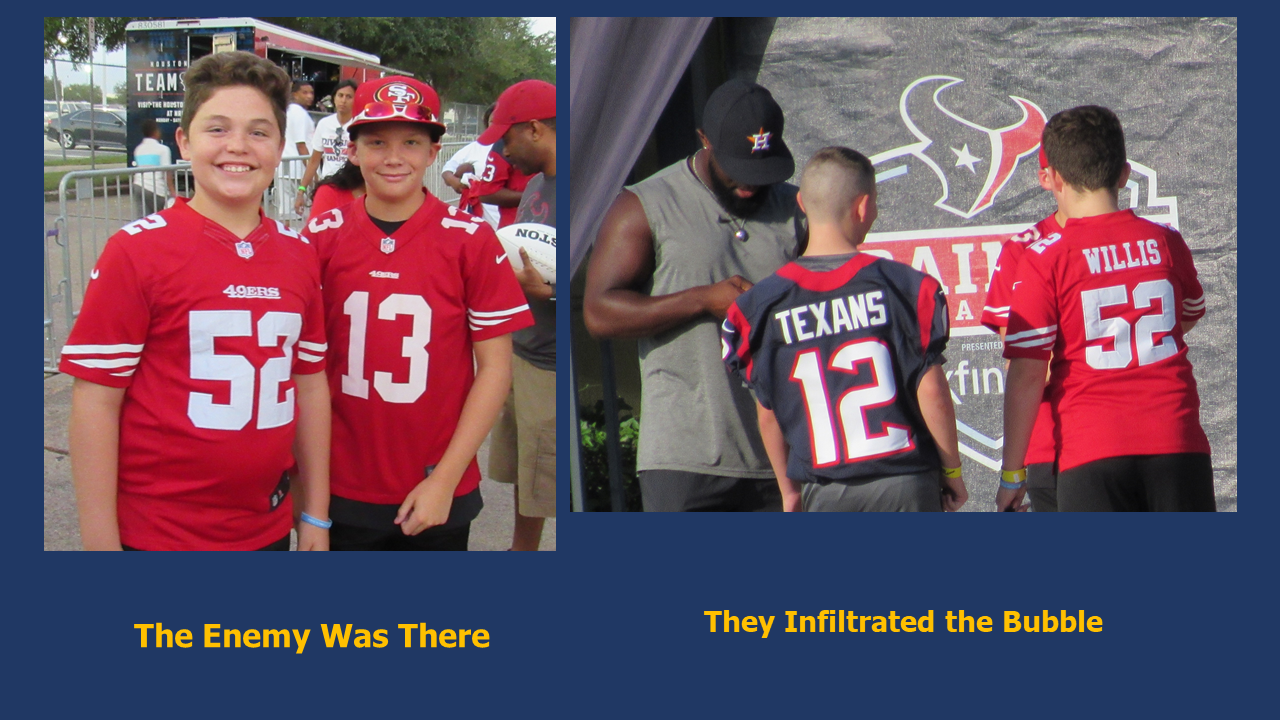 The last practice I observed was in 2016. It was very fast paced with no dead time at all. That is my first over all observation.

For those of you that remember my Thingy(s), this will have a bit of a Thingy vibe to it. You will get several of the Thingy items here. 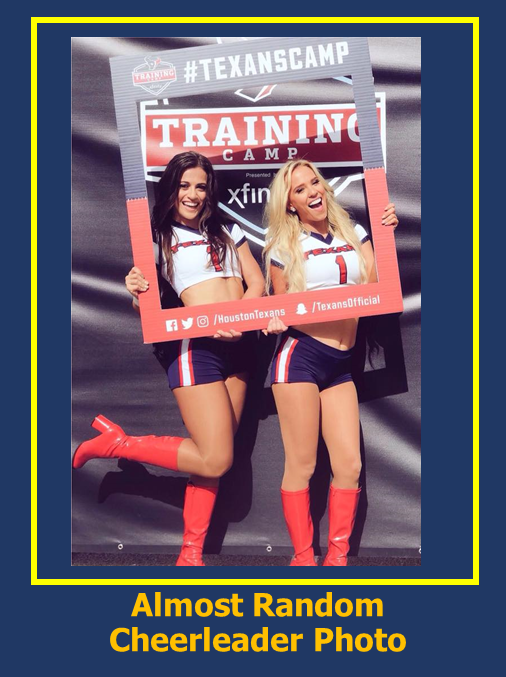 Sometimes the fans are as entertaining as the practice. Especially when practice is slow 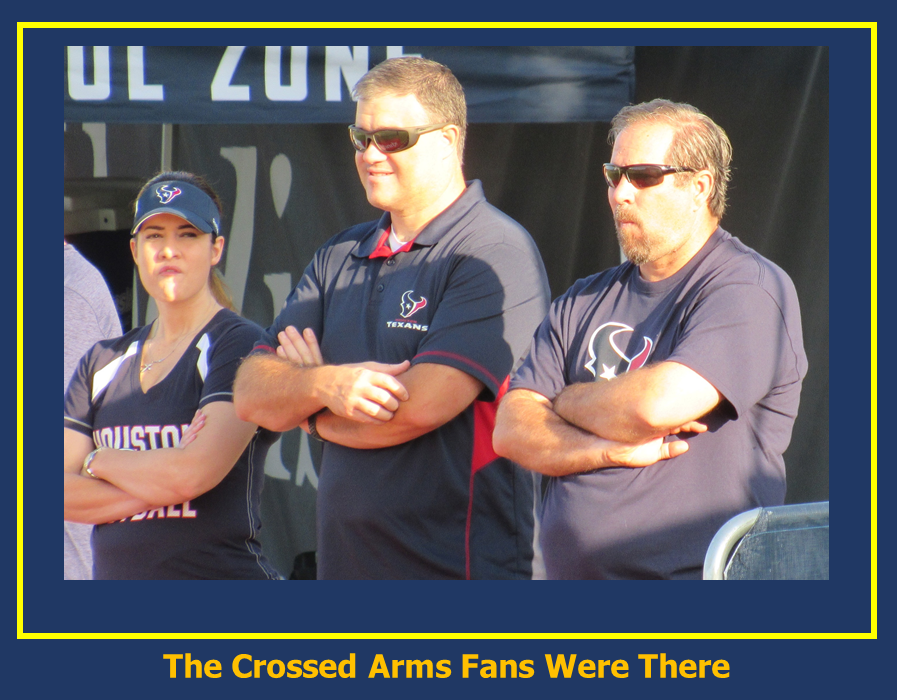 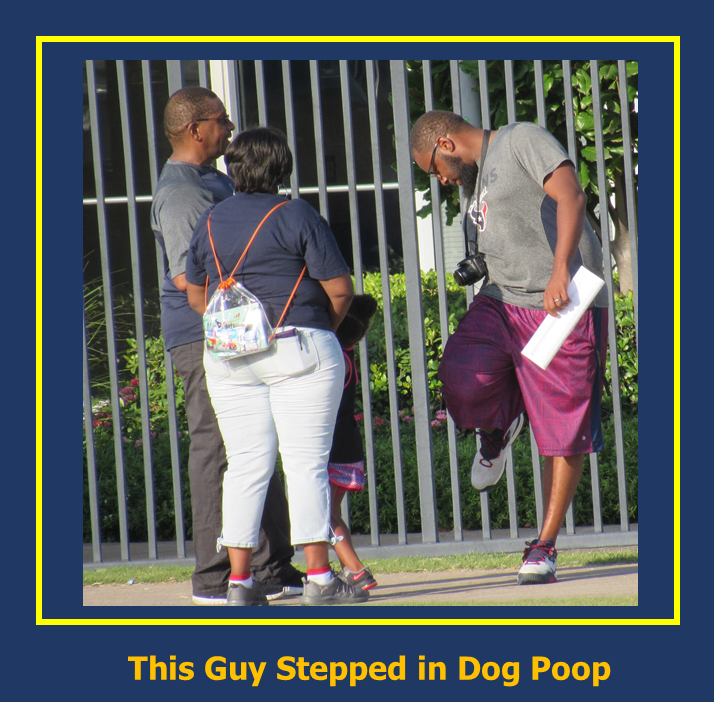 There are the usual suspects at Training Camp. The same media folks and even a few "VIPs" show up. 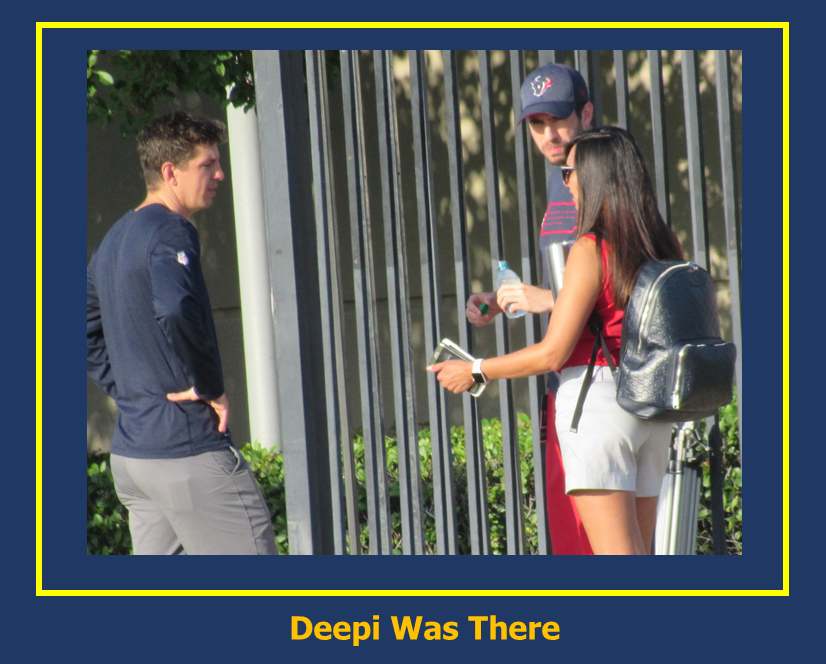 Sometimes it was confusing on why people were so excited by "regular guys." The follow picture is made of 2 photos with the same time stamp. So I put them together in one picture.

One of the things that appeared to be a concern is the interior of the offensive line. It may be a combination of good interior defensive linemen and poor communication. Whatever it is, both starting guards seemed to struggle with pass protection and the running game.

The tackles are the strength of the offensive line from my perspective. Go figure.

Oh, and JJ Watt is back! I don't just mean as a full participant in practice either. He was schooling whatever 49er lineman that lined up opposite him. 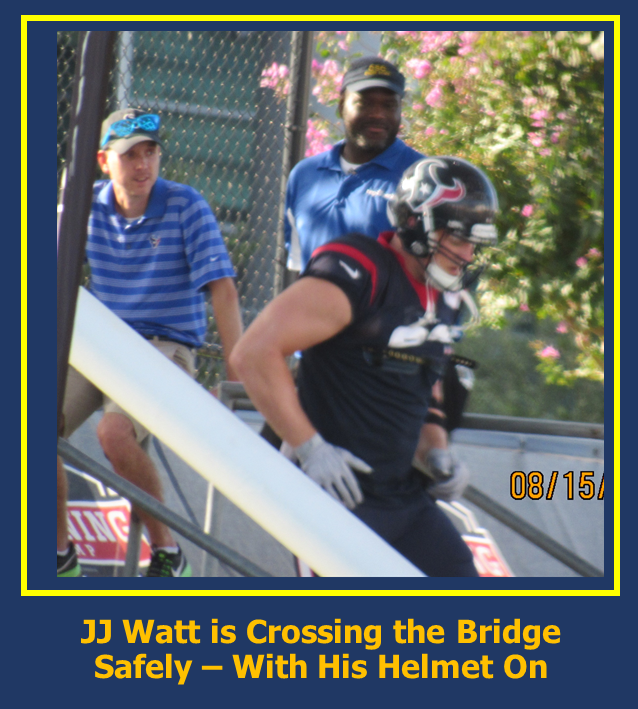 The whole defensive line performed well in practice. I know it is just practice. Maybe because they have such outstanding hearing! 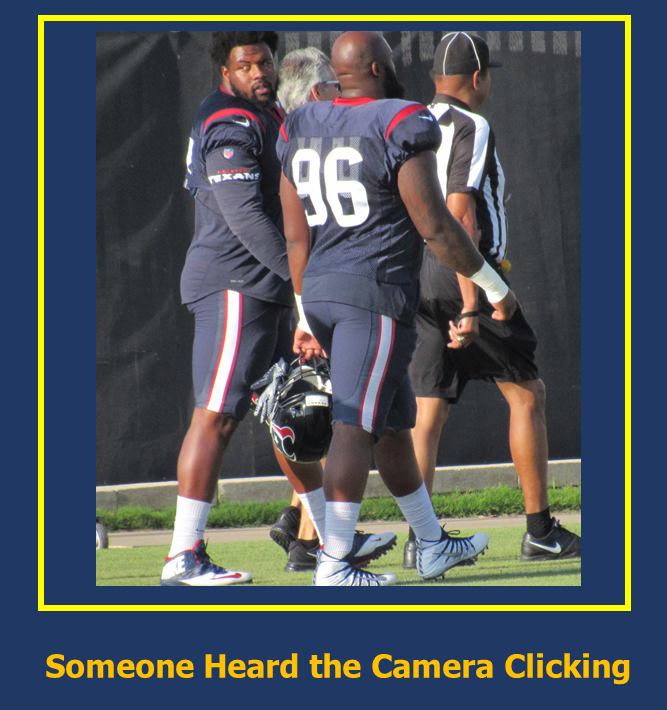 Jimmy Garoppolo was there too. He practiced. He has a nice release and pass, but if the defense got to hit him, I don't think he would have survived practice. 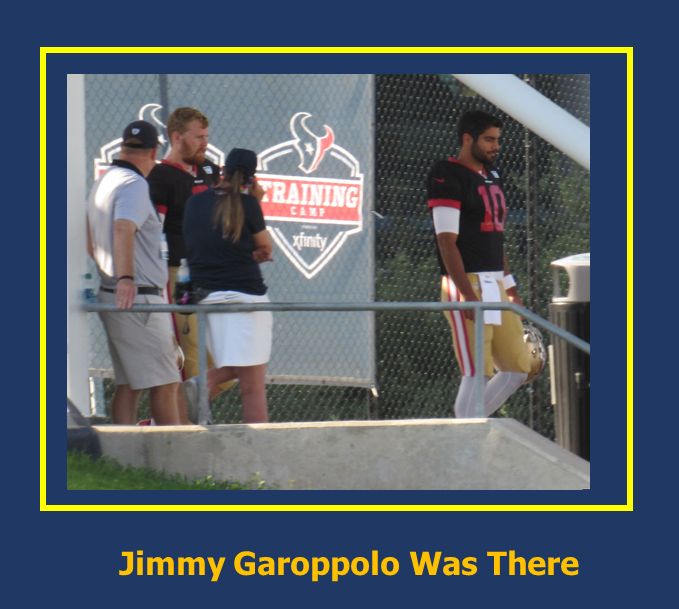 Again, some fans were entertaining. 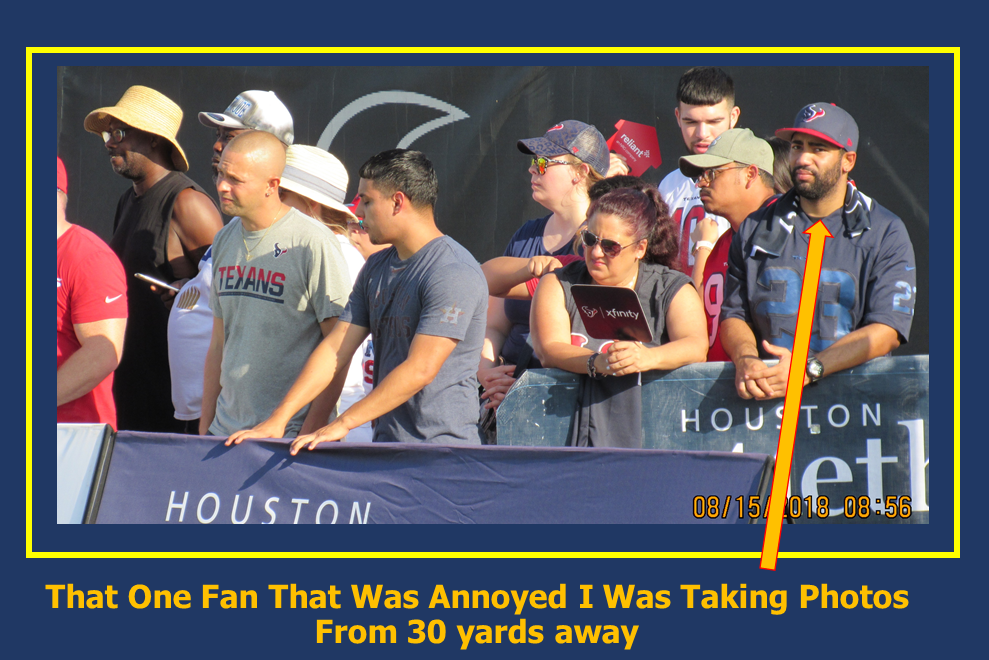 I do not get the hate Shane Lechler gets by some here at BRB. He was consistently punting 50+ yards with a very long hang time. 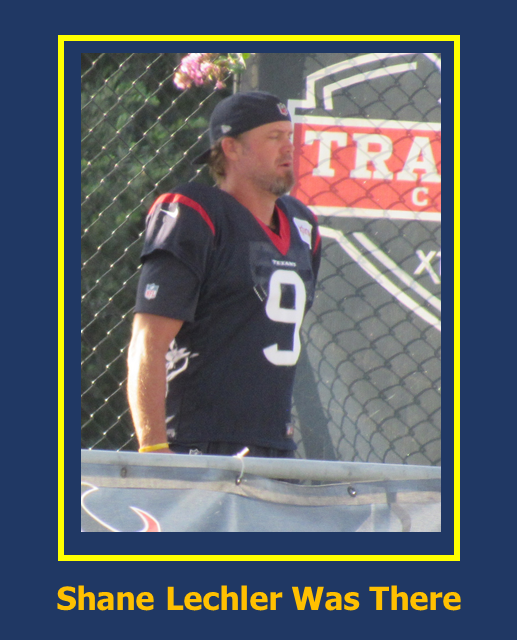 Tim Kelly is crazy. He is also the tight ends coach. He probably ran 1.5 miles before practice in a sweatsuit. Seriously, in the heat and humidity - that is just crazy. 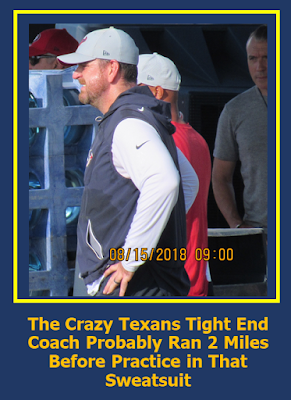 Sometimes life is more pleasant with some randomness. 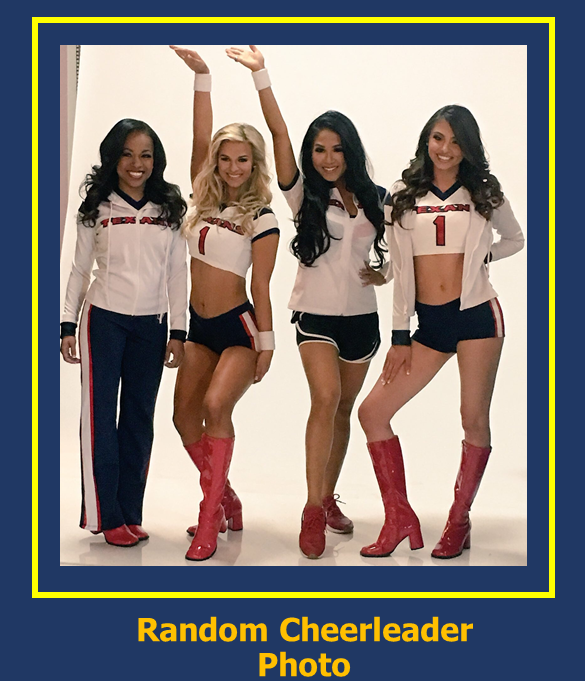 Of course DeShaun Watson was there, His passes just seem so effortless. Today, he did seem to take his time making reads. I do not know if that was by design, or they were having him do something new that he is adjusting to. 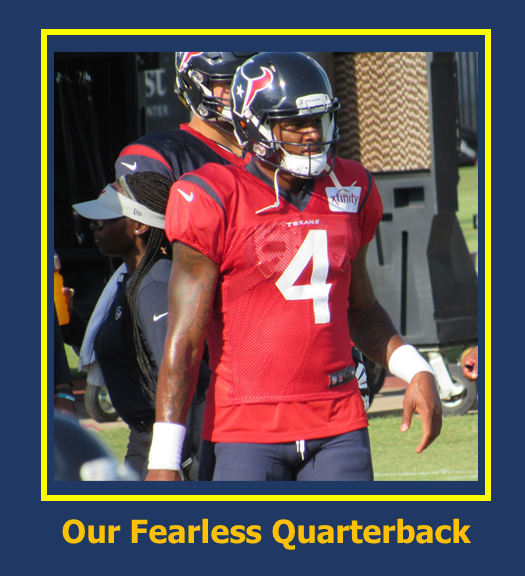 But when I noticed Shanahan was chatting him up. I was wondering if he was just being nice, or if he is awe of DW4. 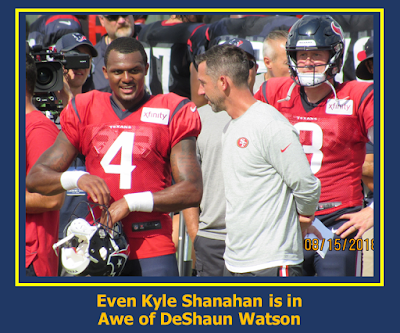 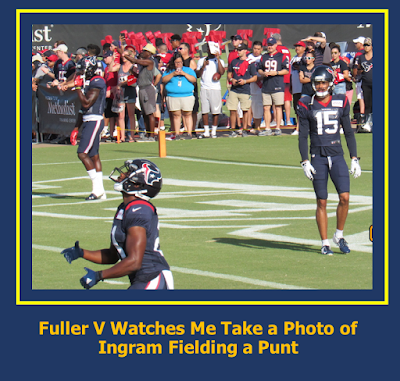 That's about it - stay safe!